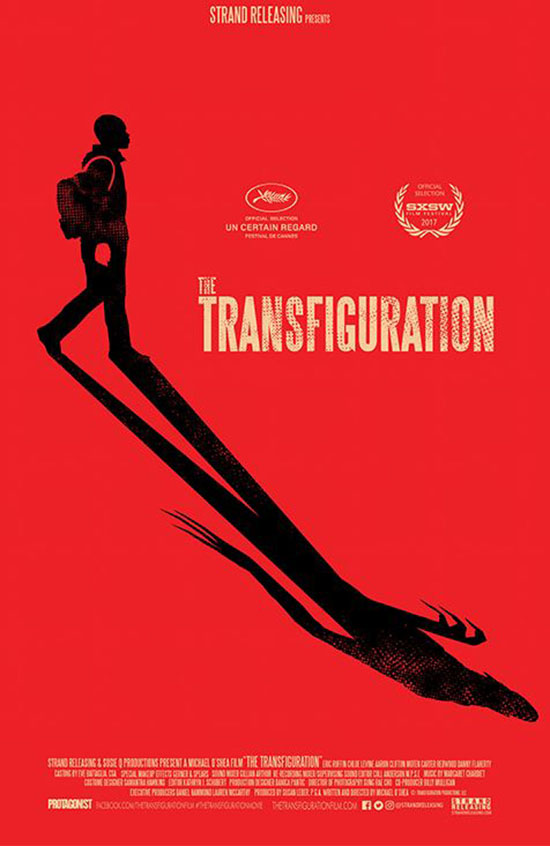 When troubled teen Milo, who has a fascination with vampire lore, meets the equally alienated Sophie, the two form a bond that begins to blur Milo’s fantasy into reality.

The definition of Transfiguration is, a complete change of form or appearance into a more beautiful or spiritual state, and in my opinion that’s the basis for this film. The Transfiguration is a twist on a vampire story that makes you question everything you know about vampires. It was featured at the Cannes Film Festival in 2016. I’ve always had a fascination with vampires, and I was especially intrigued with the story this movie tells.  Teenage Milo (Eric Ruffin) is obsessed with vampires. He collects vampire films and memorabilia. He keeps notebooks filled with his rules for hunting prey. He also keeps a calendar and always knows when it’s a full moon. That’s when he believes he transforms into a vampire and has to kill in order to drink blood. He is driven by the urge to acquire blood, but also feels bad about killing. 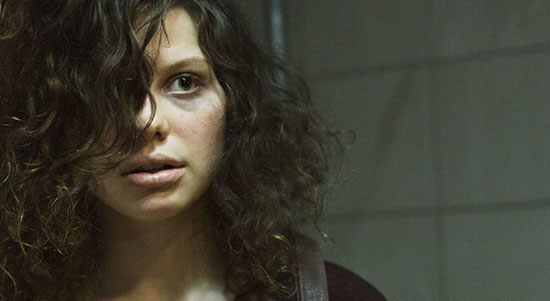 One day Milo meets Sophie (Chloe Levine) and realizes she is damaged like him, and the two become inseparable. Milo doesn’t tell Sophie that he thinks he is a vampire. He shows her gory videos and vampire movies, but keeps his secret about needing to drink blood to himself. The cinematography in this film is dark, but beautiful. I was literally glued to the screen while watching this movie. The acting is solid and it’s easy to get sucked in (no pun intended) to what’s going on in the lives of these two teenage lovers. Through scenes with a school counselor talking to Milo, you learn that he has a dark, troubled history and seems to be trying to improve himself, despite his belief that he is a vampire and being torn about it. 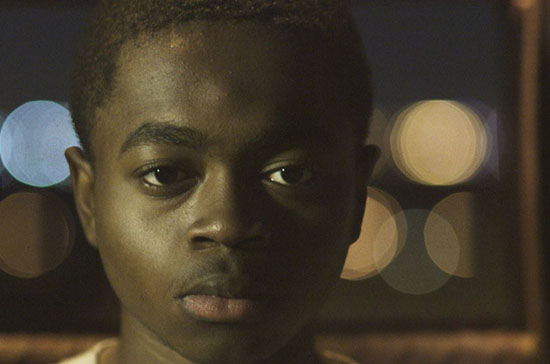 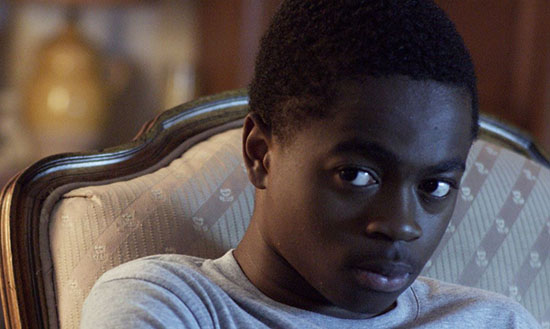 The death of his mother haunts Milo and he lives with his older brother, who seems to spend all his time on the sofa watching TV.  Milo has tragic flashbacks of his mother’s death. Her room is off limits in their apartment and is always kept closed.  Local gang members like to taunt Milo and threaten him every time they see him.  Until he meets Sophie, Milo spends all of his time alone. He learns that Sophie lives in an abusive environment and feels like he has to save her. So, he invites her to stay with him and his brother in their apartment, thinking she will be safe there. 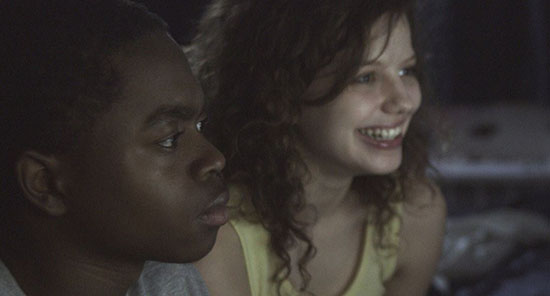 While Milo is out, Sophie accidentally discovers his notebooks and his calendar that marks the full moon each month. Sophie isn’t sure what it all means, but she has a bad feeling about it and wants to get away from Milo because of what she saw in his notebooks. When Milo discovers that Sophie is gone, he goes to look for her. Milo also has what appears to be a lot of money hidden in his room, that he says he got from victims after drinking their blood and killing them. He decides that he wants to give the money to Sophie so she can move away to live with relatives that won’t abuse her. The young actors playing Milo and Sophie give truly great performances and really make you care about what’s happening, even if a lot of it is difficult to take in. Milo finally comes up with a plan to get back at the gang members, which will end up changing his entire life.

This is a wonderful story that is fantastically told by director Michael O’Shea. Is Milo really a vampire, a supernatural being, or is he something much darker? Those are the questions this film left me with. I thought it was brilliant to tell the story of a supposed vampire in an urban inner city setting. The characters are strong, the cinematography by Sung Rae Cho is mesmerizing, and it’s a story you can’t help but get involved in. The ending left me reeling. I absolutely loved this film.

The Transfiguration  –  5 out 5 Skulls