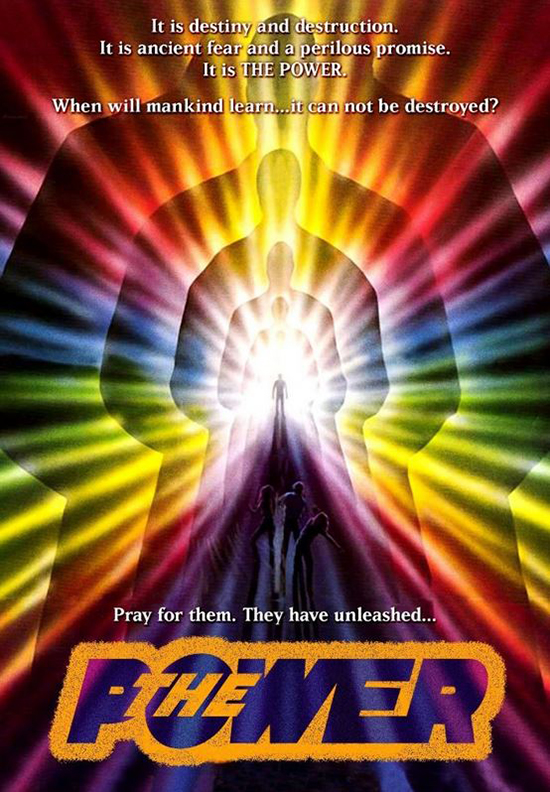 A man starts killing people after he is possessed by an evil spirit that resides within an Aztec doll.

Back in 1984 I remember seeing a trailer for a horror film that freaked me out. It featured a woman in bed when suddenly all of these arms shoot out of the mattress beneath her and start attacking her.  I couldn’t remember what the trailer was for and after about 20 years of trying to figure it out I finally solved the mystery one night and realized the movie in question was The Power. Happy to finally figure it out I watched it expecting to love it only to sadly realize after the pretty cool opening segment that it wasn’t a very good movie. I watched it again recently hoping that I would have a different opinion of it and while I did like it a little bit better the second time around I still have to admit that in general I just didn’t care for it. 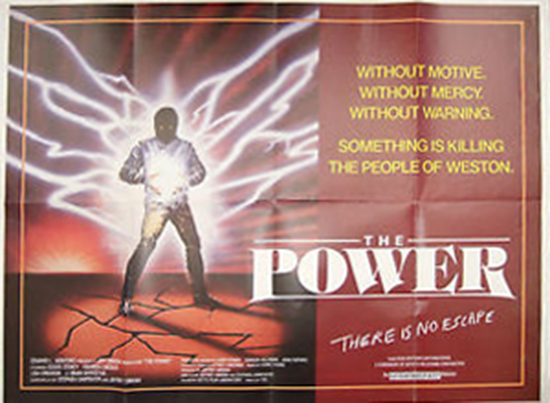 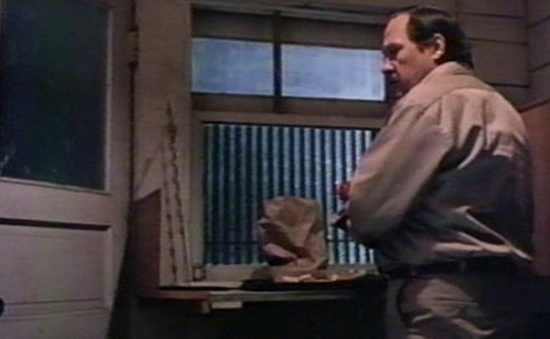 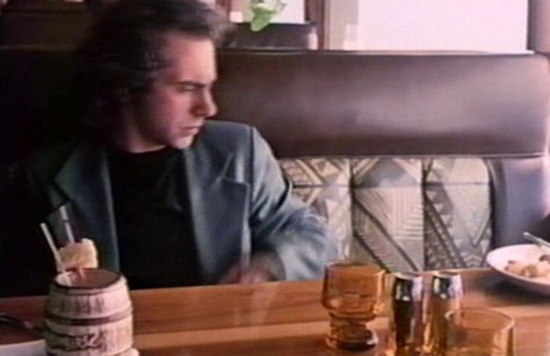 One of the biggest issues I had with The Power is that it moves way too slowly and is just plain boring. It has an awesome opening scene that involves someone getting impaled through the heart with a flag pole but things go downhill pretty quickly from there.  After the cool opening sequence we are treated to a couple of subtitled scenes (that go on way too long) that center around a man getting his hands on the Aztec doll that causes all the problems in the movie. These scenes are extremely boring and nearly put me to sleep to be honest.

From there we meet all of our main characters (which include three high school students, a tabloid reporter, and her ex) and then we get scene after scene after scene of these people just sitting around talking for the next 45 minutes or so before anything remotely interesting happens again.  I had to fight the urge to fast forward several times due to how dull the movie was but somehow I managed to resist the urge to do so (though to be honest I wouldn’t have missed anything important if I had). I don’t know why there are so many pointless scenes of people just sitting around talking and doing whatever in this movie but it definitely hurt the overall quality of it if you ask me. For a movie about a man possessed by an evil spirit there really isn’t a whole lot going on for the most part and when things do start happening I was so bored and tired of watching that I was at the point that I just really didn’t care anymore. 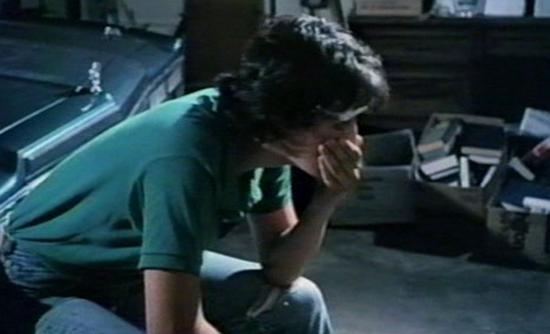 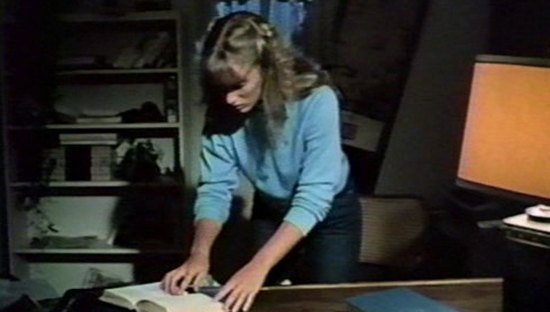 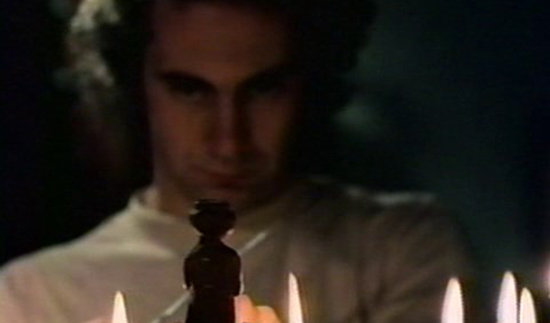 I also thought that there were way too many characters. It is almost like there are two different movies going on at certain points as it focuses on the tabloid reporter and her pal (who has the doll) one minute and then the group of teenagers (who had the doll at one point) the other. All of these people interact during the movie but none of their scenes together were all that interesting and I couldn’t help but zone out a bit during several of them. I really didn’t get the point of even having the teenagers in the film in general as none of them really add anything to the plot until the final minutes when we get a kooky surprise ending that just doesn’t quite work.

I just didn’t really care for any of the characters (especially the three teenagers as they were pretty much interchangeable for the most part) and even though Suzy Stokey did her best as the main character Sandy I still thought that the movie suffered from weak stock characters that I had forgotten all about a couple of hours after I watched the movie.  I think that the film would have been considerably better had the three teens been left out of the mix completely (or at least had been reduced to very minor roles) and it had focused more on Sandy and Jerry as they are nothing more than a distraction in my opinion. 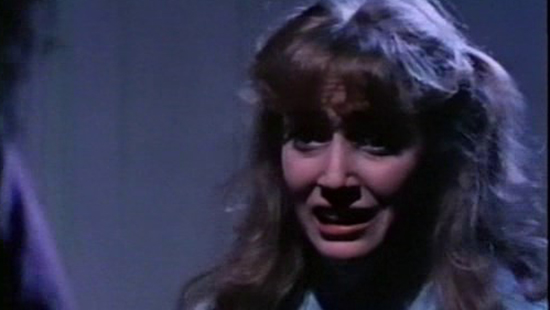 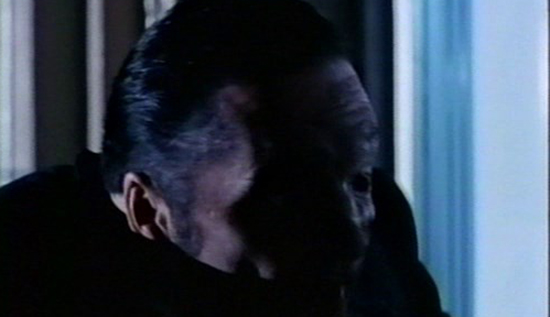 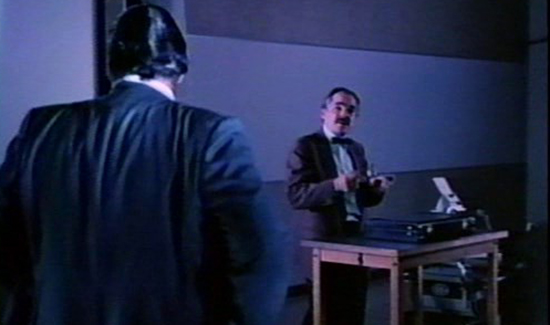 Another weak point of the movie is the fact that it has a very small body count. For a film with so many characters in it I thought that it was a shame that not even a handful of people die in it. Other than the cool flag pole impalement at the beginning none of the other deaths are anything special and were really phoned in. I don’t know if Destacatyl-the evil spirit that lives in the doll-is just lazy or not that committed to killing people or what, but he doesn’t really do anything in terms of taking that many people out during the entire movie. When he does finally kill the few people that he does he doesn’t really put much effort into it so we get maybe three lackluster death scenes that are anything but impressive. 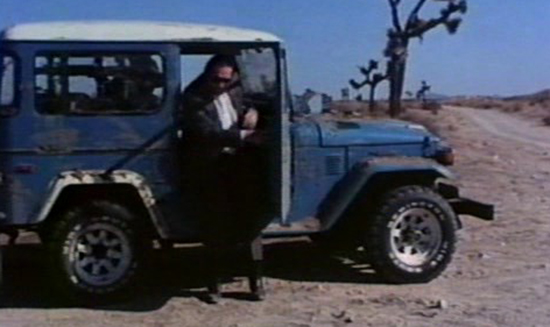 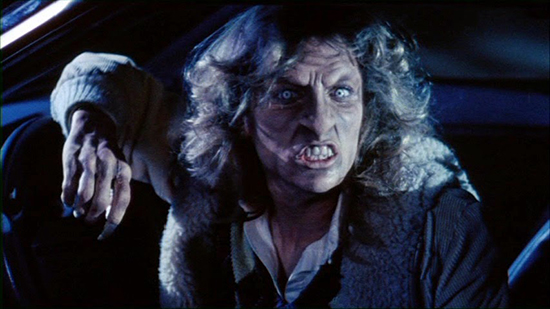 I just couldn’t get into The Power, which is unfortunate because I really wanted to like it. For a movie that has such a cool trailer (that haunted me for years) it is a bit disappointing that the film itself is so underwhelming. Yeah, it has some cool effects at times and was directed and written by Stephen Carpenter and Jeffrey Obrow (the team that brought us The Dorm that Dripped Blood and the awesome-yet underrated- classic creature feature The Kindred) but it just didn’t do it for me. It has its share of problems and even though I didn’t hate it I don’t think that I could recommend it to anyone. Skip it unless you enjoy horror movies that have tons of unnecessary dialogue, mind-numbingly boring scenes, a very small body count, and a cornball “twist” ending that is more silly than anything else.  Do yourself a favor and watch The Kindred instead as it is light years better than this film and it is almost hard to believe that the same two people were behind both movies. 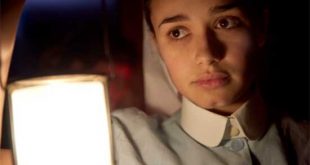