1n 1972, a scale of measurement was established for alien encounters. When a UFO is sighted, it is called an encounter of the first kind. When evidence is collected, it is known as an encounter of the second kind. When contact is made with extraterrestrials, it is the third kind. The next level, abduction, is the fourth kind. Modern-day, Alaska, where-mysteriously since the 1960s-a disproportionate number of the population has been reported missing every year.

Despite multiple FBI investigations of the region, the truth has never been discovered. Here in this remote region, psychologist Dr. Abigail Tyler began videotaping sessions with traumatized patients and unwittingly discovered some of the most disturbing evidence of alien abduction ever documented. The Fourth Kind exposes the terrified revelations of multiple witnesses. Their accounts of being visited by alien figures all share disturbingly identical details, the validity of which is investigated throughout the film.

Before heading out, I wasn’t entirely sure if this would be the movie to go see, boy was I wrong. In fact the film tends to approach a deeper subject that questions the belief and reality of fiction, physical, emotional and supernatural. This film has all those things. Real horror usually does.

While the tidle wave of fear tends to up the anty with more films based, inspired or in this case a representation of truth, it also questions the current state of viewers and the need to embrace, view and engage a bit closer into life’s mysteries. “The Fourth Kind” is one such film. Before we jump it into categories, know that its intention is closer to horror than science fiction. Science fiction is exactly that and this film cinematizes true footage. The film begins on a very odd note. The actors in the film disclose that they will be portraying the characters in the film using aliases. The aliases are used to protect the real persons from expected media exploitation (which is smart move). They also disclose that to prove to the viewers that its a true event that footage of the actual persons will be shown thru out to back up the claims.

Dr. Abigail Tyler is the focal point of this film (an alias) who at the time was a respected psychologist that had a wave pf patients who were coming to her all with similar claims. To study the cases, she actually videotaped the sessions. The most important parts of these sessions are shown in the film..aka split screen with the actors footage in almost word for word recitation. These footage reels are the most harrowing I’ve seen. Not because they suggest something diabolical but because they are diabolical. The associations made on screen with owls coming into rooms was easily associated with the presence of aliens peering thru.

My question of course would be “wasn’t that apparent”? We follow along a real taped interview with Dr. Abigail Tyler as she explains the events to a colleague at a college interview session. This continues to the very end, though to tell the story actors Milla Jovovich, Will Patton and Elias Koteas take the roles to bring the story to movie screens.

The approach is much different than anything we’ve seen as it combines real footage and acted footage thru most of the movie. The case that this is based on is stated as being from the area of Nome, Alaska. The disappearances which were rooted in year 2000 are the mystery factor here. It also claims to use never-before-seen archival footage that is integrated into the film.

Another strange thing is the dialog and translated Sumerian used. It suggests not only the usual alien abduction theories which are not really that new to active viewers but it also suggested something even more supernatural than little green men. The translations came across more as evil, and deity like than what we would have expected pointing to more than just alien theory.

Also while the subject of aliens seems to be ignored as much as possible, it wasn’t embraced as we would of expected. The horror coming from the subjects went beyond being scared. This in itself suggests that alien abduction is inherently evil and supernatural all rolled into one (by the films suggestion)

I couldn’t help shake these associations coming from the film. So I took things step further even for my own comfort in the matter. As it is stated on the internet, there is some speculation as to whether the case studies are legit or not. I don’t rule out the possibilities as we’ve seen viral campaigns before. My guess is now the interest will be higher than ever to track down the information regarding he case, the footage and the reports from the Nome, Alaska. So the real question or rather questions are….. is the footage real?, is the case real, is this a viral campaign? if everything is revealed as truth what does this suggest?

Other reports say that the FBI investigation was real but that it was concluded to be either alcohol related or a local serial killer. Though for the record many of these reports also say that Dr. Abigail Tyler is a fictional charcter….which she is, becuase its clearly stated that they used alias names in the film. So what do we really know???

I thought this film was not only important but a work of intense horror that transcends mere set and scripted works. By all accounts I believe this to be true, if its Hollywood trying to pull Blair Witch on us, then shame on you………. we need to be able to separate fact and fiction on some level or nothing will ever change in our beliefs system. Since I don’t have all the answers, I’m gonna go with “The fourth Kind” is a genuine really horror ride that will scare the &%^ out of you! 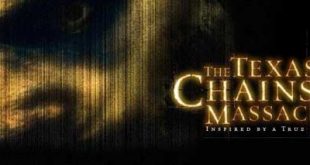