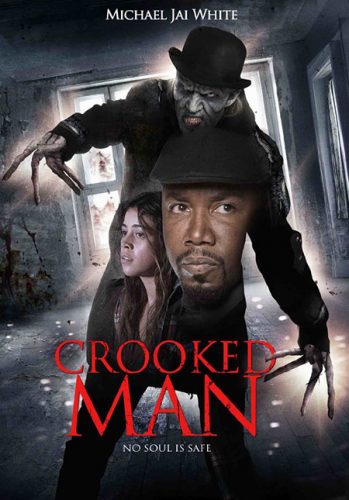 After reciting the rhyme about “The Crooked Man” at a slumber party the title character makes an appearance leading to one girl dead and, Olivia, one of her friends, accused of her murder.

Years later, Olivia, returns to her hometown to find that the fiend has also come back to finish off everyone who was in the house that night. She now needs to convince someone to believe her that she didn’t murder her friend after all and to join forces with her to stop The Crooked Man before it’s too late.

I think it’s easy to tell that this film is being targeted for young audience; early teens is what I’m guessing. This makes it hard for someone my age to gauge how effective it is. But it should be said that when I was that age, horror films that were targeted toward us also had appeal for older folk. Technically, those films were meant for adult audiences, but those people who made and marketed the flicks knew who went to see them in larger numbers.

From the age of 14 on I was seeing films like Scanners, Dawn of the Dead, and the latest Italian splatter movies on the big screen. Many theaters knew this and relied on our money flowing in, so showing ID was nearly unheard of. What I’m trying to say here is, I simply can’t relate to a film made in this day and age that is solely made for teens. And, with home video, I’m sure most, if not all, teens can’t relate to it either.

Maybe, for the first time, I can see the objection to PG-13 horror films (this being a made for TV movie, The Crooked Man is rated TV-14). For years, I felt that if it was clear that a film wasn’t cut down from an R-rated cut to get a PG-13 rating I didn’t have a problem with them. It’s true some horror films should have the more adult rating. But, my feeling is that if you feel a horror film needs extreme violence and gore, you’re just showing your limitations as a fan. 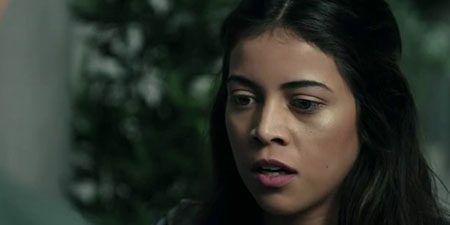 I grew up on 70s PG horror and monster movies like The Other and The Food of the Gods. In addition to those types of films I had a steady diet of Universal, RKO, and American International classics. I was a pretty hardcore horror fan before the 80s. I have a different point of view than younger fans. But, having said all that, even though there’s a scene where a preteen girl is stabbed and killed and a woman gets her head ripped off (in shadow), The Crooked Man still comes off too restrained and lightweight. And, this I believe, is the issue that many anti-PG-13 horror fans can relate to. 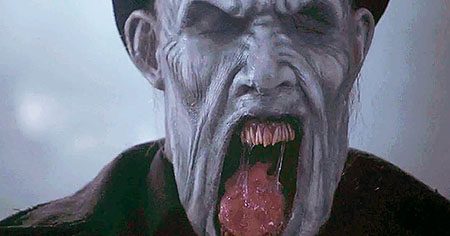 This film is surprisingly directed by Jesse Holland, the man who made the surrealistic horror gem, YellowBrickRoad. With this new outing he has landed a few steps down from 2010 release. But he’s not alone.

The cast includes Michael Jai White, who, in The Dark Knight, played one of two gang leaders that saw through the Joker’s BS. But, he also was Spawn! Along with White there’s Dina Meyer who starred in such films as Starship Troopers, Saw, and Dragonheart. And, even though the actors had reached higher levels than Mr. Holland, they all have moved down from elevated glories. But, who am I to judge? If this is actual judgement. A pay check is a pay check. One’s mortgage doesn’t pay itself. The fact is regarding both actors, they do justice to their respective parts, especially Meyer. She plays her part so well you’d think she was in a different and much better movie. We’re talking a real pro, here. 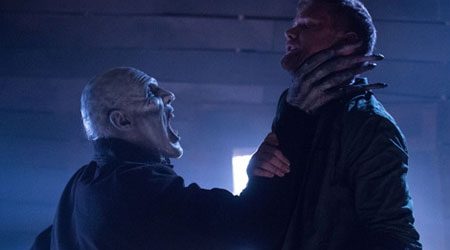 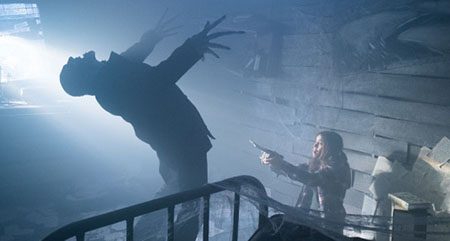 Ultimately, The Crooked Man is a harmless and unremarkable feature. But, when it comes to horror, the audience would rather have something other than harmless to describe their  favorite entertainment. Dangerous and buzz worthy is more like it.