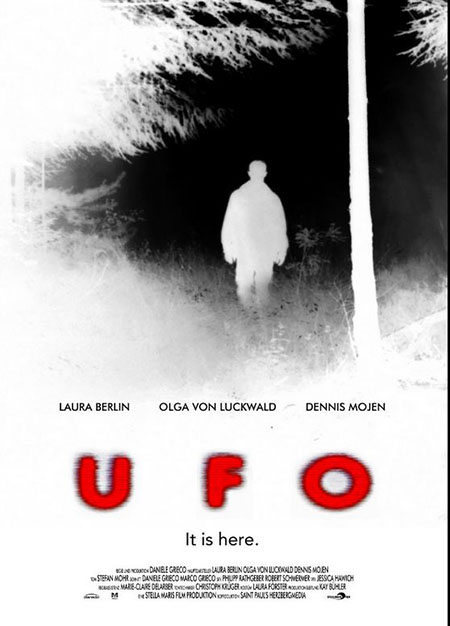 While shooting a documentary, a group of film students spots a fireball in the sky and proceed to track down its location in the woods; unbeknownst to them, something deadly is waiting for them at their final destination.

This little bit of kibble from Germany is written and directed by Daniele Grieco, founder of Stella Maris Film and director of two previous films, the first of which was a documentary and the second of which was a Found Footage horror film (a sub-genre so unfortunately ubiquitous now as to warrant its own capitalization and special brand of derision). UFO: It Is Here stars Laura Berlin as Melissa Stein, Leonard Hohm as Erik Greven, Dennis Mojen as Leo Best, Olga von Luckwald as Paula Idem, and Jan Walter as André Selke, all names totally foreign to English speakers, but hardly a criticism. Presumably, the film was shot predominantly in the woods somewhere in the outskirts of Germany and involves few other actors beyond this small ensemble, except near the opening. 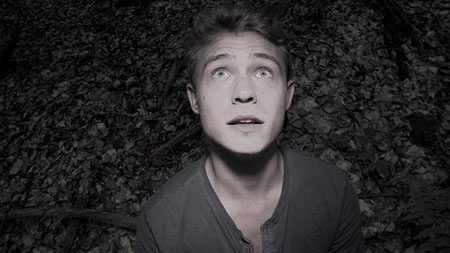 The film starts off nicely with a few brief scenes in a zoo, with our cast playing film students attempting to cobble together something interesting for a documentary they’re producing. Before any interviews can really be “put in the can”, a hefty chunk of potential B-roll demands their attention when a ball of light streaks through the sky and sends the animal residents off their cuckoo, creating a cacophony of brays, howls, hoots, and growls, accompanied by a few oohs and awes from the gaped-mouth human visitors. Like any good sparkly light, this sends our palsied film students off to find the final destination of said ball of light, which happens to be a very secluded hunk of forest somewhere “out there”, which is always a bad place to be in Horror Film Land. 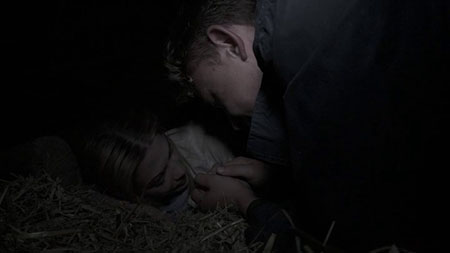 Normally at this point, I would go into a posthaste examination of some aspect of filmmaking technique that went into producing the current subject, something like cinematography, for example. But, no, can’t do that. Sorry. Okay, how about taking a quickie look at the script. Nope, can’t do that, either. Fine, what about the score? Nha-a. Wow, then surely something can be said about the editing? Not really. 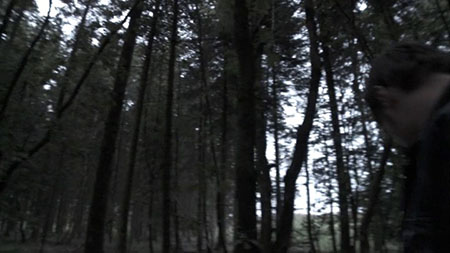 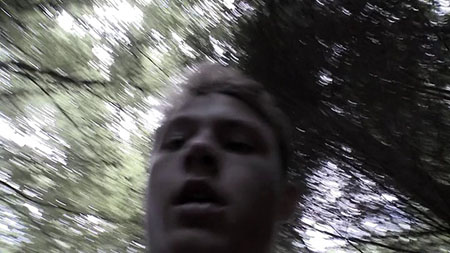 Set design? Nada. Well, how about costume design? Non-existent (and not because the cast was nude throughout, you cheeky peach). Why is there almost nothing that can be said about the production techniques in this film, you ask? Well, because, what we have here is yet another Found Footage Horror film, a sub-genre that relies, lock stock and barrel, on cut-rate fabrication.

Ultimately, in this cheapskate world of microscopic low-fi Garage Filmmaking, what we’re almost always left with as appraisers is a little acting, some flimsy direction, and a scant collection of harefooted special effects scenes that are left purposely hazy in order to hide the fact that the budget consisted of little more than pocket change – which, incidentally, was used up on “catering” from the nearby all-night taco joint. In this case, it was probably the all-night brat joint, but you get my point.

As for the acting here, it’s adequate, considering the extreme limitations of the FF sub-genre; Daniele Grieco’s direction, once again, is necessarily threadbare, and it’s obvious he’s not stopped playing that single documentary-style note he began tapping with his first film; the special effects work well enough, however, due to the shaky camera and blurry visuals. 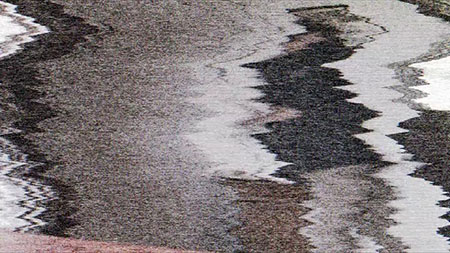 In the end, though, what can really be said about a film that has nothing in the way of disciplined cinematography, uses perfunctory staging in place of full-blooded direction, replaces a tightly written script with mark hits and ad-libbing, and casts a cold eye on musical accompaniment? Very little, actually. That’s not to say this film is any worse than any other Found Footage detritus; in perspective, it’s passable when compared to others of its kind; it stands up sufficiently to the grandfather of the sub-genre, The Blair Witch Project, but that ship has sailed; that take is done. It’s tired, boring, and predictable. It lost its impact not long after TBWP left theaters to be replaced by carbon copies of itself, the way Halloween lost its mojo in a flood of copy-cat masked killer films. Pass this one up, and spend the money on a good brat.