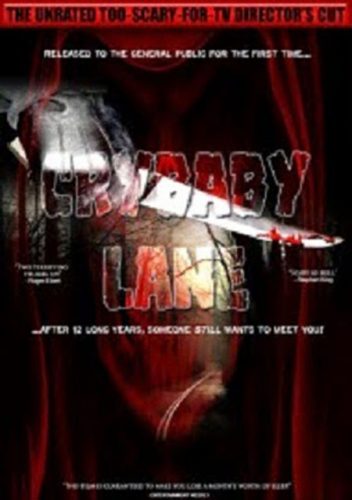 Andrew (Jase Blankfort) and his older brother Carl (Trey Rogers) enjoy listening to ghost stories that the local undertaker (Frank Langella) tells them. One night he tells the tale of a local farmer whose wife gave birth to Siamese twins, one being good natured while the other was clearly evil. The farmer, ashamed of them, kept the twins locked in their room. Eventually the twins got sick and died together, so the farmer sawed them in half and buried the good twin in a cemetery and the bad twin in a shallow grave near the house. Later, Carl and his friends decide to hold a séance in the cemetery where the good twin is buried, but they unintentionally awaken the bad twin instead. Gradually, he possesses nearly everyone in town and it is up to young Andrew to stop him

One of the things I always found interesting is when a movie has some kind of urban legend attached to it. For instance, when I was a kid there was one such legend about the movie Three Men and a Baby. The story is that the set was haunted by a child’s ghost. In one of the scenes, you can see the ghost in one of the characters’ apartment windows. One story was that the “ghost” was just a cardboard cutout the set designers put in as a joke. However, many of the cast and crew had come forward to say that all the stories, including the one of the cardboard cutout, were complete and utter donkey poop. 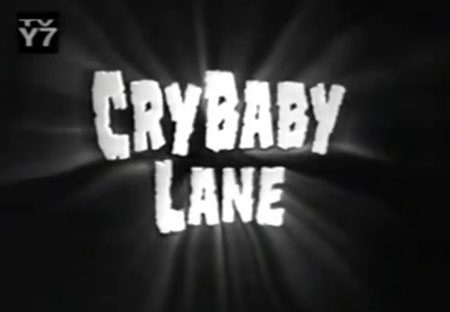 Cry Baby Lane is another movie that has a similar legend. It was made for Nickelodeon in 2000 and aired only one time. The popular belief is that the movie was deemed “too disturbing” by many parents. After many complaints came in, the folks over at Nickelodeon banned the movie from ever being shown on air again. From what I’ve heard, the truth is that the movie just didn’t draw in the ratings. After having watched the movie, I can kind of see where both stories could be true. 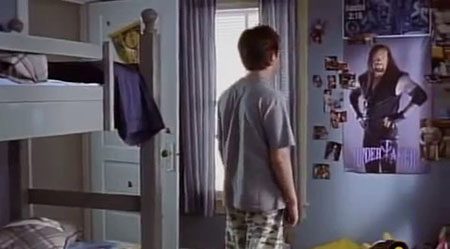 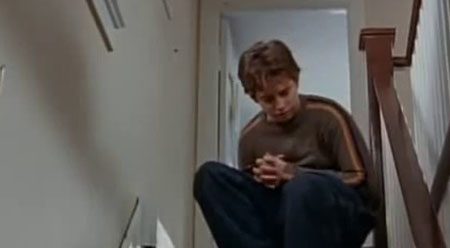 The movie is about two brothers, Andrew and Carl, who are inspired by a tale told to them by the local undertaker, Mr. Bennett. The story was that some years ago, a couple gives birth to conjoined twins. The father was so ashamed of their appearance; he never let them out of the house. One of the twins ends up getting very sick, and due to their shared immune system the other twin ill too. They both end up dying. In his grief, the father separated the bodies using a handsaw. He had one buried in the graveyard, and the other was buried in an anonymous grave on Cry Baby Lane. Apparently that particular child was evil, so the father didn’t think giving him a proper burial was called for. 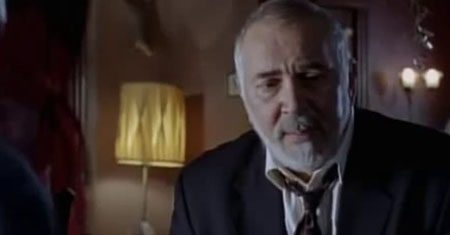 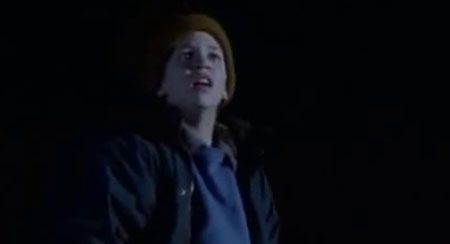 After hearing this tale of woe, Carl wants to hold a fake séance to scare some of the girls in town. The ploy works, but with unforeseen consequences. Carl ends up summoning the spirit of the evil twin. Now strange things begin happening around town. The local teenage girls start roaming the town causing problems, Carl is replaced by an evil doppelganger (actually, Carl was such a jerk to begin with that there really wasn’t much of a way to tell that his “twin” was malevolent). It falls on Andrew, who acts like his spine was made out of silly putty for most of the movie, to try to set things right.

Dealing with disturbing elements like evil doppelgangers, groups of borderline violent teenage girls, a man using hand tools to mutilate children’s bodies (not shown though), and having the 12 year old main character running around in nothing but his skivvies for five minutes of the movie, it’s easy to see why parents would have had problems with the movie. There are some surprisingly disturbing concepts at work that seem to not really gel with Nickelodeon being a kid-oriented cable channel. 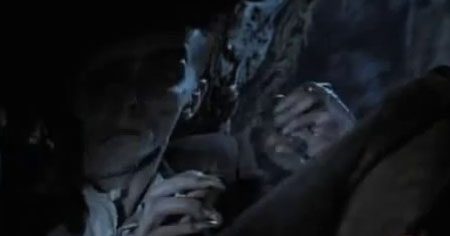 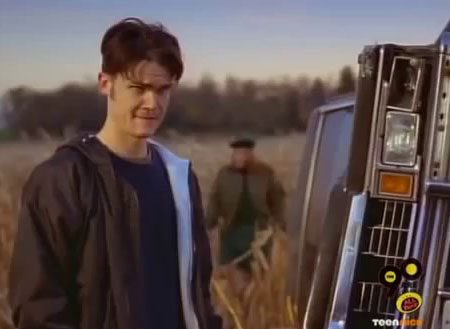 One of the things that work against the movie is the fact that almost none of the characters, with the exception of Mr. Bennett, are unlikeable. Andrew’s too whiny and acts like a jerk to a younger kid that wants to hang out with him. Carl is a jackass throughout the entire movie, even before he’s replaced with an evil lookalike. The teenage girls that end up acting like delinquents behaved like snots before the supernatural gets involved. Andrew and Carl’s mom is kind of an overprotective shrew, and their father seems barely concerned with them for most of the time. In fact, it seems like the entire town is populated with surly jerks. It’s hard to care about anything that happens when the only person you like is a side character.

The acting doesn’t do anything to help this movie either. While Frank Langella is excellent as always in his role as Mr. Bennett, everyone else shows the acting talent of a block of wood. Actually, that’s kind of harsh. I need to go apologize to the first block of wood I see. A brief 30 second cameo from Jim Gaffigan doesn’t do enough to help elevate this flick. 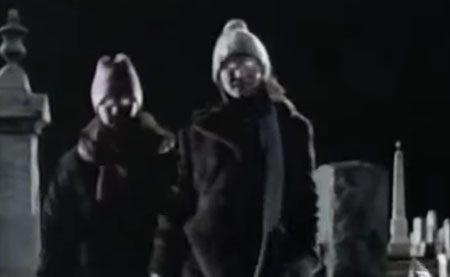 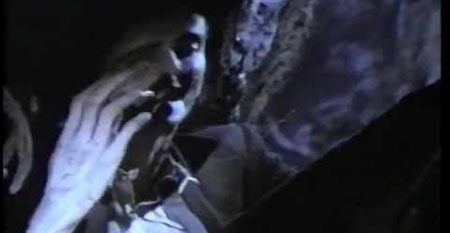 Another thing I found annoying was the script’s insistence on making as many pop culture references as possible. If there was a reference that could be made in regards to things the writers thought kids were interested in, it seems like they threw it in. I’m not sure about other people, but when I saw shows as a kid that did that it came across as pandering. It’s obvious when the people are trying too hard, and there’s no difference here. I can understand why this movie may not have connected with its target audience.

The special effects, what there was of them, were inept looking at best. The most we get are computer graphics that make worms look like they glow yellow. Other than that, the only other thing we get to show a supernatural possession is that an evil person’s eyes glow yellow. These effects weren’t pulled off very well, which only help expose the budgetary limitations that the director was working with.

After having sat through this movie, I have to say that there isn’t much worth recommending. Poor performances, unlikable characters, and cheap special effects make watching this movie a chore. At the end of the film, I actually felt bad for Frank Langella. He’s a great actor, and I was left wondering what the heck he was doing in this film. A man of his skills deserves better.