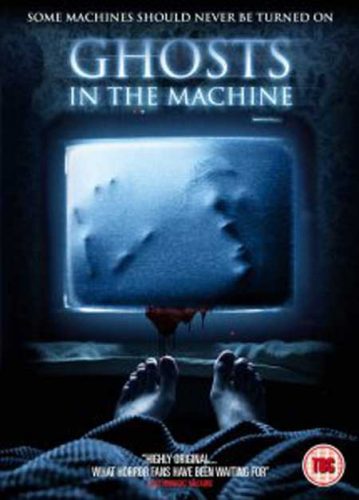 Six European’s on a holiday in the French countryside attempt to navigate the English language. Also, there’s something about a magic VHS player.

Bad movies are supposed to be fun; VHS built its legend around schlock theater and the tape trading culture of video nasties. Not all the movies released onto VHS during this era are worthy of revere. Most, are just awful cash grabs, the content conveyor belt the internet has become of yesterday. Due to nostalgia, however and the fear of new ideas, we will now spend the next century repeatedly digging into our own history. Reexamining ideas that weren’t very interesting when originally thought up. As good as you think the ‘Driller Killer’ is, a think piece is not necessarily warranted. 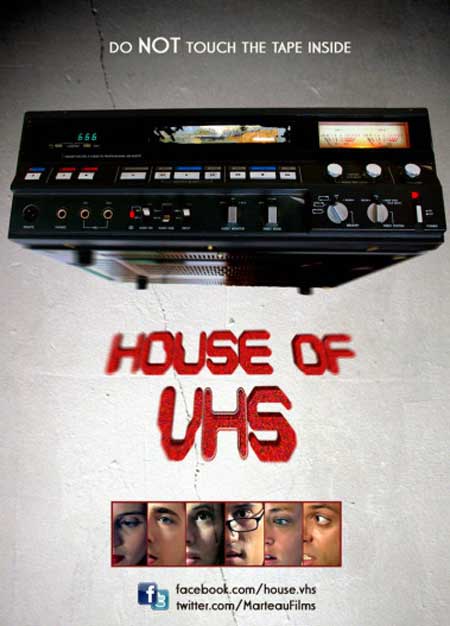 That’s the foundation upon which ‘House of VHS’ is built, we don’t need to act, or a plot, because, “Wow, weren’t things better when we had VHS?” If your third act opens with a 7 minute montage of old VHS footage, you may be pandering to an audience uninterested in seeing your movie in the first place. The horror elements of the film feel like a last minute exit strategy to end a dull script, the opposite of the gore-riddled ‘WTF’ energy of VHS in it’s prime.

The six stars of the film don’t have a history prior to arriving at an abandoned French country house. They are here for a holiday of some sort. This sets of a series of under explained plot points. It’s established in their opening dialogue that they are from six separate countries. Conveniently, you can tell the American, because he wears two different Harley Davidson shirts. The British Girl wears Union Jack sunglasses and complains about being forced to drive on the wrong side of the road. The Frenchman is referred to by the American as a Frog. It’s a veritable how-to-guide of cultural misunderstanding.

These two minutes of opening dialogue set a tone for performance. English is not their first language so the conversational nature of the dialogue is stilted to the point of sounding like a first year English student’s midterm.

It’s discovered that in the house there’s no running water or other conveniences, electricity, a toilet, etc. The men are not worried as they have beer, and no need to wash.

The Chekhov’s Gun of the film is found soon after. The Australian Guy, which is how he is actually credited, discovers a collection of VHS tapes in the house’s barn. Presenting his find to the rest of the six, our Australian hero lectures on the merits of a dead format. Passionately stuttering over his words, and creeping everyone out. The American Guy, being like all Americans ignorant to culture that’s not domestic beer and guns, asks if VHS is ‘contagious.’

‘House of VHS’ only starts to move with any momentum after 42 minutes into the movie. The six characters realize through a huge leap of logic that inserting two tapes into the machine somehow combines them into one new VHS. The shown example is a Christmas movie and an alien movie, footage from ‘Santa Claus vs. the Martians’ repurposed. Even after it’s discovered what the VHS player is doing there’s still a second montage of cut together existing VHS footage.
Just to interject a quick side note. One of the VHS tapes that have been combined is called ‘Raccoons on a Stagecoach’ which sounds like a true delight and I would have far preferred watching. How do they hold the stagecoach reins with their little hand paws?
All this is scored by what sounds like a xylophone and a tuba fighting for the title of most jarring to the listener.

‘House of VHS’ plods, drags, and not to overstate even meanders. However technically proficient, director Gautier Cazenave plays it incredibly safe. In turn he tells a boring story with nothing to latch onto and characters that only annoy. 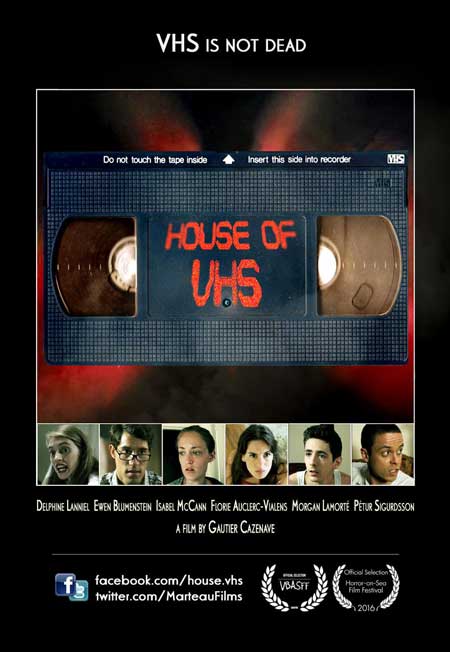 The only real scare contained within the hour and 37 minutes is how little body hair the male characters have.