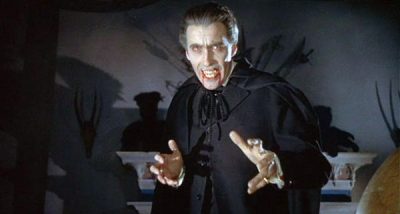 Turner Classic Movies’ Star of the Month (SOTM) for October is Sir Christopher Lee.  TCM will be screening 42 films this month, starting with his rarely-seen 1998 outing Jinnah, which has been licensed to TCM by his dear friend, film distributor and film authority Douglas Dunning.  Jinnah will have its world television premiere on October 3, 2016 at 8:00 pm EDT / 5:00 pm PDT.  This is the most important and most personal film of Sir Christopher’s impressive career.  It is also his finest performance as little-known world leader Muhammad Ali Jinnah, the founder of Pakistan, who assumed office in 1947.  The film was made over a period of ten weeks in 1997 and for one reason or another has never been shown in the English-speaking world.  This will be a rare treat for fans of Sir Christopher’s who have never seen him outside of a fantasy or horror film role. 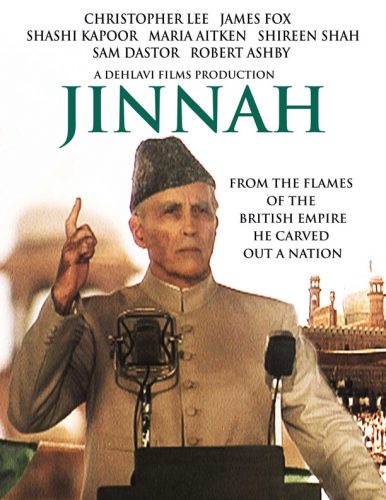 The rest of the month will include the following films, including a six-film marathon on Halloween:

42 Films–Mondays in October with a Master of the Macabre!

THE CRIMSON PIRATE (1952) with Burt Lancaster

THE LORD OF THE RINGS: THE FELLOWSHIP OF THE RING (2001) with Ian McKellan

THE PRIVATE LIFE OF SHERLOCK HOLMES (1970) with Robert Stephens

THE THREE MUSKETEERS (1973) with Michael York

THE FOUR MUSKETEERS (1974) with Michael York

THE COCKLESHELL HEROES (1955) with José Ferrer

THE BRIDES OF FU MANCHU (1966) with Douglas Wilmer

THE VENGEANCE OF FU MANCHU (1967) with Douglas Wilmer

THE CASTLE OF FU MANCHU (1968) with Richard Greene

NOTHING BUT THE NIGHT (1972) with Peter Cushing

THE PIRATES OF BLOOD RIVER (1961) with Kerwin Matthews

THE DEVIL-SHIP PIRATES (1963) with Barry Warren

THE TERROR OF THE TONGS (1961) with Geoffrey Toone

THE HOUSE THAT DRIPPED BLOOD (1971) with Nyree Dawn Porter

THE CREEPING FLESH (1972) with Peter Cushing

THE OBLONG BOX (1966) with Vincent Price

THE CURSE OF FRANKENSTEIN (1957) with Peter Cushing

HORROR OF DRACULA (1958) with Peter Cushing

DRACULA HAS RISEN FROM THE GRAVE (1968) with Rupert Davies

TASTE THE BLOOD OF DRACULA (1970) with Geoffrey Keen

THE SCARS OF DRACULA (1970) with Dennis Waterman

THE HOUND OF THE BASKERVILLES (1958) with Peter Cushing

TO THE DEVIL, A DAUGHTER (1976) with Richard Widmark