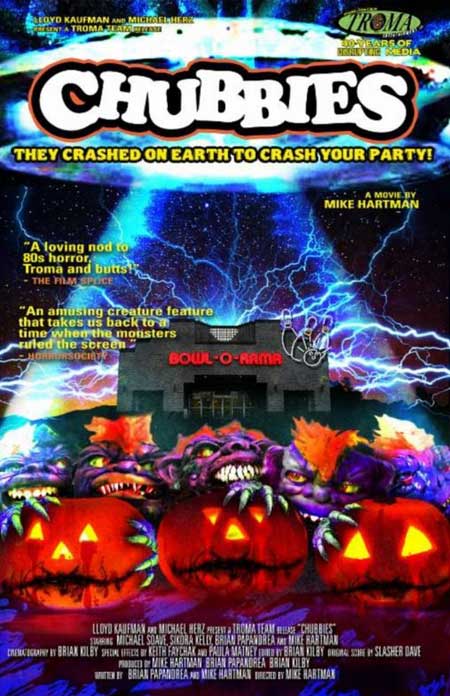 The process of making a feature length motion picture requires an exceptional amount of time, commitment, and creative energy. Depending on the nature of the movie, there could be a large cast of actors and extras to direct, multiple locations to scout and prepare, a crew of professionals to assemble and deploy, a plot to be mapped out, dialogue to be written, and a whole host of critical technical duties to be performed:  lighting and camera work, sound recording and mixing, editing, special effects, and the list goes on and on. It truly requires a Herculean effort. 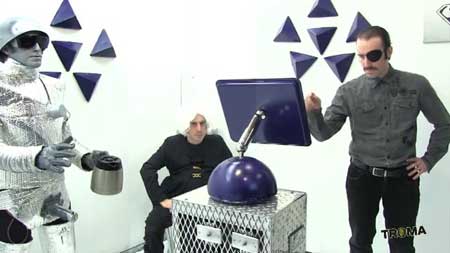 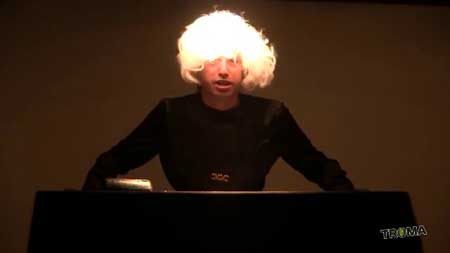 The hard work and dedication that it takes to make a movie—any movie—deserves and demands at least some measure of respect, recognition, and appreciation.

Unless that movie is Chubbies.

Chubbies, a low-budget horror-comedy (both terms “horror” and “comedy” being used extremely loosely here) from director Mike C. Hartman, had its world premiere back in May on Troma Now, Troma Entertainment’s subscription video-on-demand service. Since then, it has also popped up on Amazon Prime.  If you subscribe to either service, consider this review a warning.

It’s Halloween night in 1986, and a trio of grotesque, sexually-aggressive aliens crash lands in the vicinity of a suburban Michigan Bowl-o-Rama, where the bowling alley’s employees are having their annual Halloween party. The good news for the party-goers is that these particular aliens—the Chubbies of the title—have no particular interest in anally probing the people of earth. The bad news, however, is that the Chubbies prefer to burrow directly into those human butts themselves in order to turn their hosts into mindless, zombie-like people puppets. The Chubbies, you see, are refugees from the planet Snerd, where they were convicted of engaging in sex, an outlawed activity presumably punished by having to appear in this movie. On earth, they are pursued by their Snerdian lawyer, who has sprung the Chubbies from prison but since realized what a grave, horrifying mistake he made. 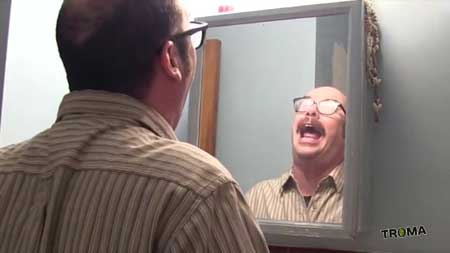 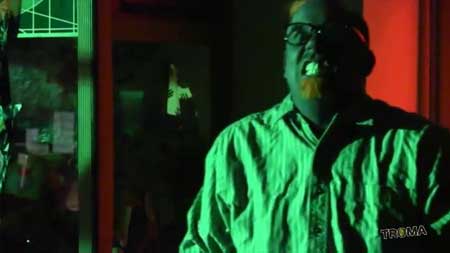 Chubbies imagines itself as a throwback of sorts to cheap, fun 80’s trash horror like Critters, Killer Clowns from Outer Space, and the crown jewel in distributer Troma’s film archive:  The Toxic Avenger. But Chubbies makes TA look like a poor man’s Citizen Kane.

The opening moments of Chubbies provide a hint of things to come. While a Star Wars-style screen crawl outlines the backstory and sets the stage for the action to come, voice over narration recites the crawl verbatim, suggesting that the brain trust (another loosely-used pair of words) behind Chubbies expects its core audience will be functionally illiterate. That suspicion is soon confirmed and doubled down upon, as Chubbies quickly devolves into an obnoxious mishmash of prepubescent humor, overwrought gross-out gags, and what appears to be the occasional (failed) attempt at sophomoric titillation.

There are moments—fleeting, isolated moments—of the mildest inspiration. It being 1986 and all, several of the characters show up for Halloween dressed up as David Bowie’s feminized Goblin King from Labyrinth, a visual gag that briefly lands but is quickly overwhelmed by the rest of the noxious stew. The character Ronald Reagan makes a brief appearance in an attempt at political satire, but that bit flames out almost immediately and then drags mercilessly on. And that might be it. 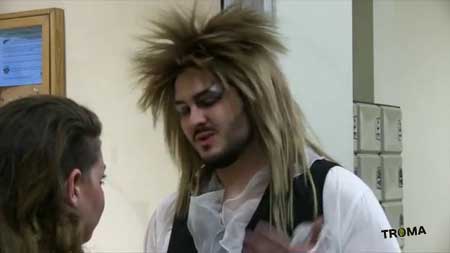 Though it might be a mistake to ascribe too much thematic weight to a movie that warns viewers to “keep their buttholes tight”, the worst thing about Chubbies—and that is truly saying something—might be the rampant homosexual panic that radiates off this movie in thick, toxic waves. When one of the characters finds himself anally-invaded by one of the Chubbies, he screams in fear and disgust: “I’m a faggot!” That he is the human villain of the proceedings may be intended to give the movie some cover for the homophobic outburst, the entire narrative echoes and confirms the horror of his sentiment over and over and over again. The threat posed by the Chubbies is that they will enter their host humans through the veritable backdoor, subtlety and nuance be damned! Back on the planet Snerd, one of the male Snerdian officials is played effeminately for laughs while another—Judge P. Enis (get it!?)—is repeated raped by his robot domestic. And when the threat to earth really ramps up in the Bowl-o-Rama, it is only through good, old-fashioned heterosexual intercourse that space lawyer Cass Coridore (an unveiled reference to Detroit’s bohemian district) can fulfill his destiny and defeat the Chubbies once and for all.

I would have signaled SPOILER ALERT earlier, but the idea of “spoiling” a movie requires some sort of intellectual or emotional investment by the viewer, and there is absolutely no chance of that here. 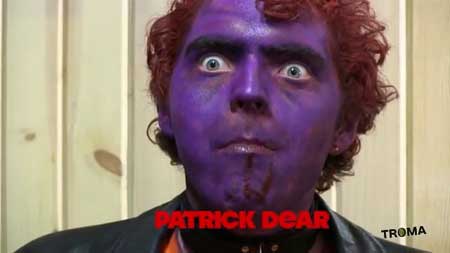 Just to be clear: campy, cheesy, cheap movies can be a whole lot of fun and a great way to pass a Saturday night at home.