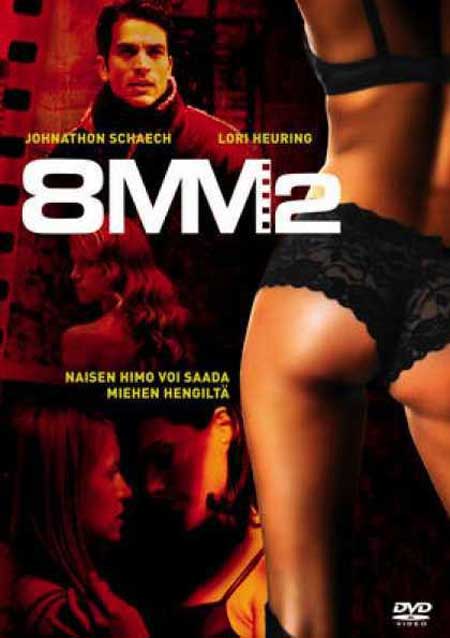 An American diplomat and his fiancée venture into the sordid underworld of sex and p*rnography in Budapest, Hungary to find out who is blackmailing them with a p*rno video taken of them with a prostitute.

Way back in 1999, a movie called 8mm came out – directed by Joel Schumacher (The Lost Boys), written by Andrew Kevin Walker (Se7en), and starring Nicholas Cage and Joaquin Phoenix, this movie sounded like it could be good. A detective is hired to go into the dark underworld to figure out if a so-called “snuff” film is legit. That premise has so much promise, thought all of us horror fans, but we were also skeptical of this mainstream film – and for good reason.

For the most part, 8mm was a clunker; it had moments that could have been good, but always opted to tread lightly rather than go darker. Its decent into the seedy underbelly of crime and perversion was about as disturbing as the Method Man scene in Garden State –aka not very disturbing. There is a world of dark and unsettling material that could have been touched on, but Schumacher and company copped out hardcore. So it is a strange but accurate compliment when I say that one of the best things about 8mm 2 is that it has absolutely nothing to do with the first movie. 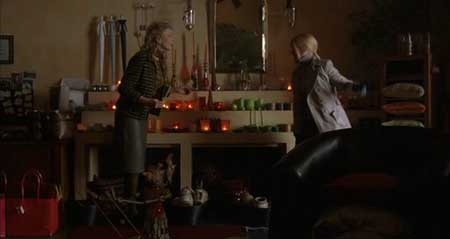 Written by Robert Sullivan and Dylan Tarason and directed by J.S. Cardone (most recently known as the writer of The Stepfather and Prom Night remakes), 8mm 2 is a movie about sex and blackmail and betrayal. We meet David (Johnathon Schaech) and Tish (Lori Heuring), a couple engaged to soon be married. David works in law and has dreams of a career in politics, and it just so happens that Tish and her family are not only involved in politics (her father is Ambassador Harrington, played by The Lords of Salem’s Bruce Davidson), but they are also very well off financially. 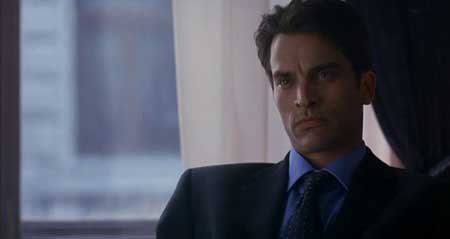 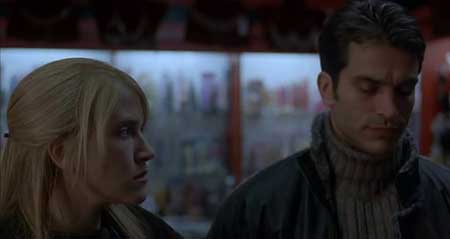 When David and Tish go out of town for a romantic weekend, they meet Risa (model Zita Gorog, Amelia from the Underworld series)…well, not so much meet her as watch her swimming nude in the hotel pool. Although they do run into her again, at a dance club, where she gives Tish and David what I assume is ecstasy, and then they meet again in the couple’s bed, all three of them. Tish calls it the best bachelor party ever, and David seems to agree, up until he receives a package at his office with photos of their steamy, sexy night. 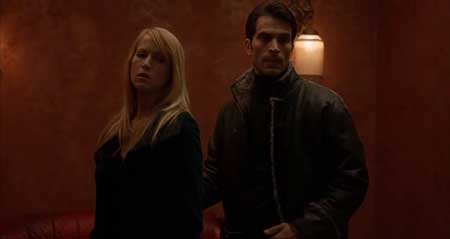 There is a definite set up involved here, as well as blackmail when the young couple starts getting messages demanding they pay high amounts in exchange for the original photos, photos that very well could destroy David’s career. And this is where 8mm 2 does so much better than the original – there is a building tension and feeling of suspense, not to mention the path that our protagonists take leads directly into the underground circle of adult material and prostitution. Cardone isn’t afraid to go where Schumacher only hinted at; while trying to track Risa in order to find out who set them up, David and Tish find themselves at amateur  adult movie shoots, strip clubs, sex clubs, peep shows, and everything in between, and Cardone shows a lot of each, if you catch my drift. 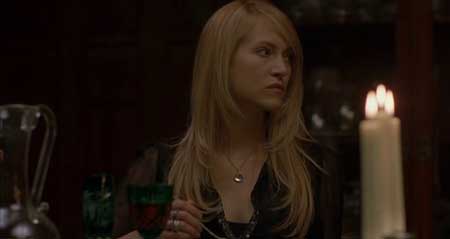 Interspersed with all the nudity and sex is the mystery, the whodunit of the story. Is it Ambassador Harrington, who seems to think David isn’t good enough for his daughter? Is it David’s soon to be brother-in-law, Richard, who seems to have a chip on his shoulder? Or is it someone else very close to the situation? The guessing game stays strong all the way to the unexpected ending. 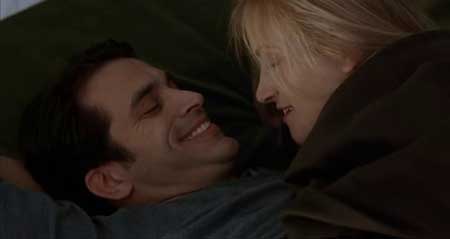 8mm 2 caught me by surprise, to say the least. I went in to it assuming that it would be the typical unrelated sequel to a big budget film looking for a cash grab with its unoriginal storyline and bad acting. Instead, the story held me throughout. The acting is fine, not spectacular but not bad enough to take the audience out of the film by any means. 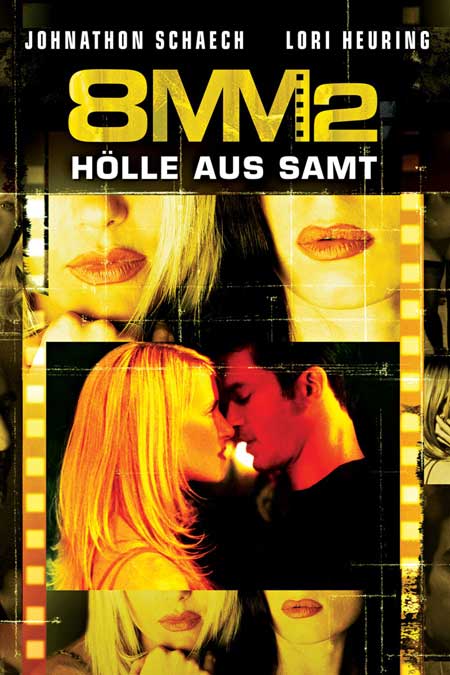 There are no doubt viewers who call bullsh*t when it comes to the conclusion, refusing to suspend their disbelief and pointing out how impossible it would have been to accomplish (much like David Fincher’s The Game), and they may very well be right. But as far as entertainment goes, 8mm 2 is unrelenting, all the way to the very end, and the fact that it isn’t afraid to cross some lines makes this one an easy film to recommend to anyone who appreciates a good thriller.