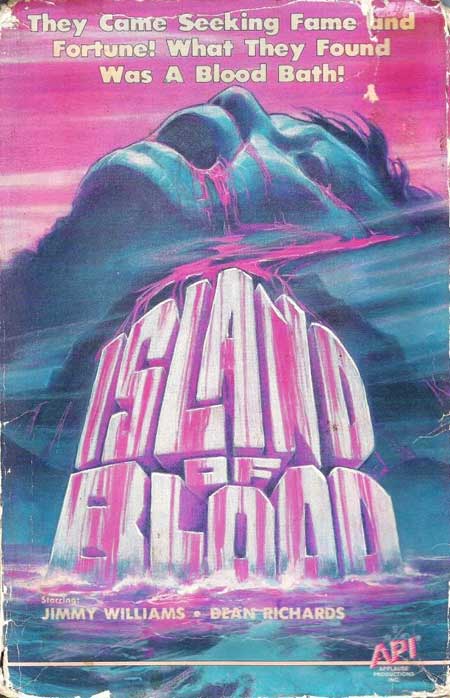 An unknown killer targets the cast and crew of a movie being shot on an island in the middle of nowhere.

It’s really weird and I hate to admit it because I like to think of myself as being somewhat of an expert when it comes to 80’s slasher flicks but somehow Island of Blood flew under my radar and I didn’t see it (or have any idea that it even existed) until just a few days ago. For the life of me I don’t know how it managed to escape me for so long but I’m glad that I finally discovered it because I thought that it was pretty damn awesome.

It has a little bit of everything going for it including a great premise, a cool setting, one hell of an impressive body count, some fun death scenes, and just the right amount of cheese to satisfy anyone that loves 80’s horror films. I had a great time watching Island of Blood for a number of reasons and hate the fact that I just stumbled across it because I feel like I have deprived myself of something quite awesome for years. 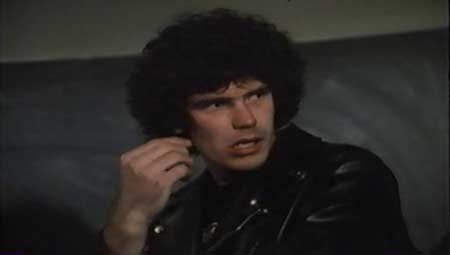 I really dug the premise and thought that it rocked. On paper I know that it sounds pretty cookie cutter and unoriginal but believe me when I say that it is anything but. Sure, we have an unknown killer stalking and killing people that are trapped on an island with no way to escape and is similar to several other movies with the same plot but there is a little something extra thrown into the mix to make things special. What makes it different, you ask?

Basically we have a killer running around killing people in ways that are connected to the lyrics of a song called “Face to Face.” For example, the song has lines such as “Boil me, boil me” and “Spear me, spear me” and the killer then takes people out by boiling them alive or by spearing them in the neck with a spear. Sounds pretty cool, huh? It is. I thought that this was a neat touch and loved the fact that the killer left a radio behind at all the murder scenes (that is playing the song) as his/her calling card. I applaud the filmmakers for trying something a little different and creative and I thought that it helped the movie stand out among the crowd as a result. 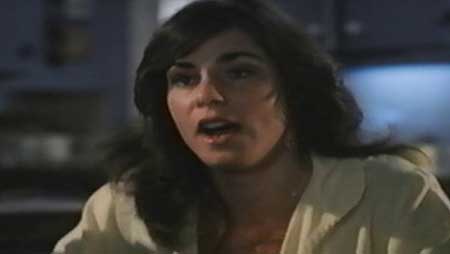 I also loved the fact that it had some pretty kick ass death scenes as well. I was impressed by how many people died during the course of the film and I thought that the death scenes were fun and creative for the most part. We get death via chainsaw, machete, and nail gun as well as other standard horror film weapons but there were two unique deaths that really stood out to me. One of them involved a woman being showered with battery acid and the other-which was without a doubt my favorite-featured, a man being boiled alive in a swimming pool. I thought that both of these death scenes were quite awesome and they looked very impressive to boot. If you’re looking for a good old school slasher flick with a ton of great death scenes then Island of Blood is for you. 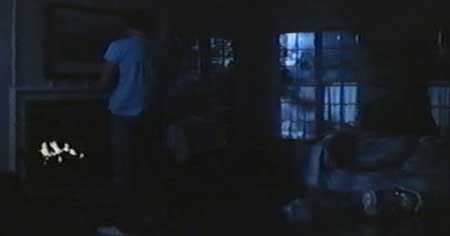 There is a twist at the end and while some viewers may not like it I thought that it was cool. I have to admit that I kind of figured it was coming and even though it isn’t one of those things that is obvious is you pay attention (and have a demented mind like mine) you will most likely be able to figure it out before the big reveal at the end. I thought that it worked and it actually reminded me of a novella that I wrote several years ago called Director’s Cut (yeah, I know, cheap plug). It isn’t an amazing twist by any stretch of the imagination but I liked it and thought that it was a nice way to end things. 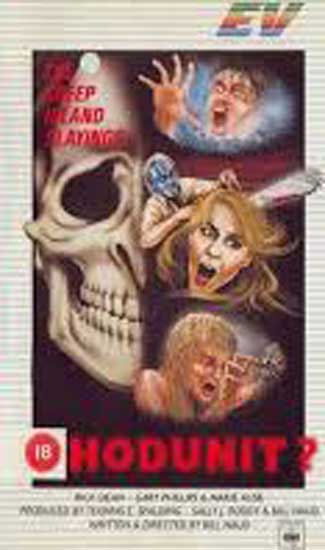 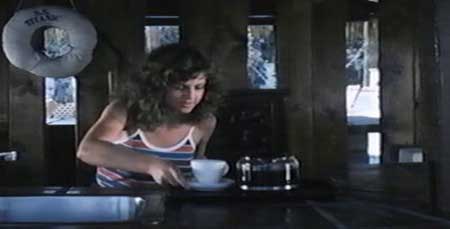 As you can tell I really liked Island of Blood a lot. I had a blast with it and would consider it a hidden gem for a lot of reasons. I saw a lot of negative reviews for it online after I watched it and I just don’t get all the hate. I personally thought that it rocked and don’t think it is anywhere as half as bad as some of the other online reviewers claimed that it was.  I was very impressed with it personally and I think that if you are a fan of 80’s slasher flicks you will be too. It isn’t going to change your life or anything and isn’t the greatest movie of all time but I really dug it for what it was and found it to be entertaining as hell. Check it out when you get a chance, but be warned that you will have that song stuck in your head for days afterward.