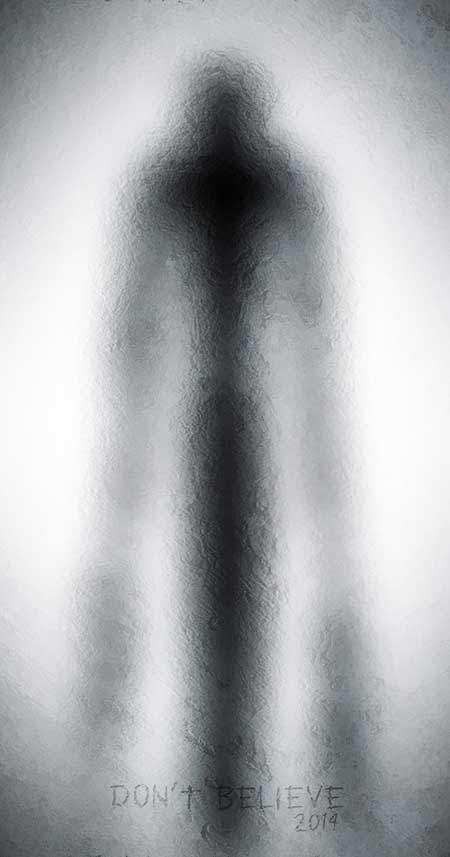 I will never understand why people make movies based on fads or trends. It’s easy to see that it’s a risky business – fads have a tendency to, well… fade. People are crazy about them, then they disappear and make place for others. To put it metaphorically: You can eat your hummus and drink mate, but we all know what will come out the next morning and nobody in his right mind will go and check if maybe, just maybe, it is still fresh.  Plus, it takes some time to actually make a movie so it is highly probable that by the time the actors learn their lines your cool and relevant flick will turn into a ”damn-I-can’t-believe-it-used-to-be-a-thing” kind of film. 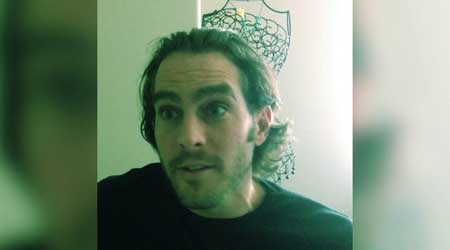 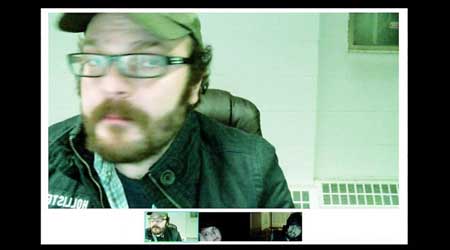 Of course there are people who are brave/stubborn/cynical enough to ignore the risks and still try and make a move for the easy money. That’s the case of Joel Petrie and his “Slender”.

It follows the standard found-footage formula: Amateur filmmaker wants to make a documentary and while looking for a worthy subject he comes across a seemingly crazy woman who claims her children were abducted by a mysterious entity – Slenderman. He assembles a crew and starts investigating the case.

Unfortunately, the movie doesn’t start with the investigation – we have to waste some time with Petrie’s character – Joel (almost every character in Slender is a namesake of a person who portrays him or her) and his friend, Dan, in their search for a good topic – Joel spews some narcissistic monologues about art and documentaries, Dan allows him to film some people at the bar he’s working in and so on. 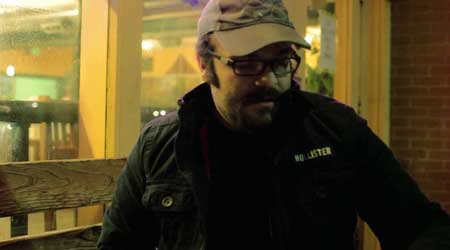 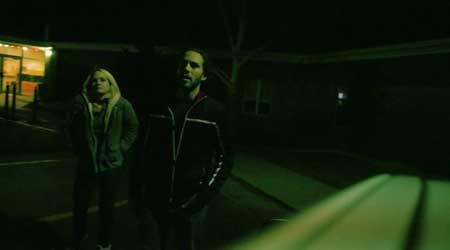 I assume that was supposed to be the part where the viewer gets to know and like the characters, but the effect is opposite to this intended. Joel is an egomaniac who doesn’t care about anything but his goals, Dan is the one who enables Joel to feed his ego and the rest of the crew are just a bunch of unlikable found-footage cliches: the clown, the girl who has some serious doubts but still goes along with her friends, etc.

What makes the movie even worse is the fact that Slender is devoid of any action – the characters are mumbling and being all-around jerks to everybody including themselves for 80 minutes, then they are running and screaming for (more or less) 10 minutes and then the credits roll.

That being said, there are three good things about Slender: 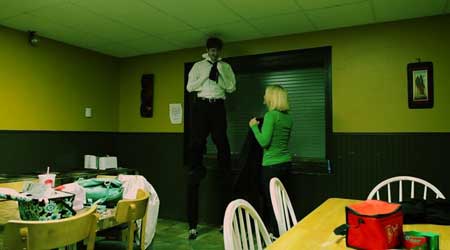 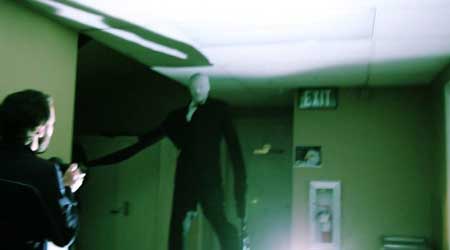 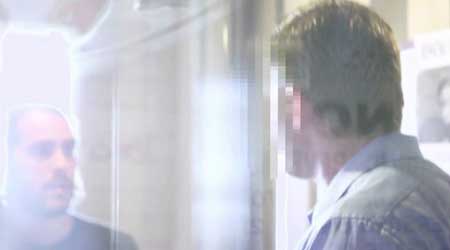 The movie is also inconsistent with its own internal logic and lore. Nobody in movie-Joel’s crew seems to be familiar with the Slender Man myth – they have to do research in order to learn anything about it, which makes the viewer assume that Slender takes place in a different reality. But then we see them looking at photographs posted on Internet forums and playing a Slender Man video game, which indicates that the Slender Man is a well-known legend in this universe. So either it’s a  (very convenient) coincidence that none of the characters knows about it, or it’s just an example of bad writing.

To put it briefly: Slender is a waste of time; even for people who are genuinely interested in the Internet phenomenon of the Slender Man. In fact, those would be the most disappointed, because this movie not only does not add anything new to the already known “mythos” – it also tries to change and bend them for its convenience.