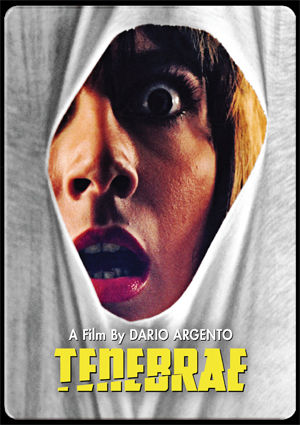 The author of a sexually-charged novel finds himself the object of affection by a deranged fan who kills people close to him.

I find it hard to believe that it has been 29 years since I first saw Dario Argento’s fifth giallo feature film which I had read about two years earlier in the pages of back issues of Fangoria Magazine when he was interviewed for a two-issue feature.  It was a transfer from the Japanese laserdisc to VHS and needless to say the quality was nothing to write home about.  Strangely, the correct spelling of the film’s title has also been up for debate.  One is never sure if it is Tenebre or Tenebrae.  Nevertheless, either title is much better than the horrendous Americanized Unsane, which trimmed the film’s running time down to 91 minutes.  Considering that Unsane played on 42nd Street in New York City, a place where horror films, sci-fi outings, and future cult movies were dumped and rarely ever given advertising space in newspapers, the audiences were probably comprised of folks either too wasted or asleep to care what they were watching, so cutting out extraneous blood and gore seems silly. 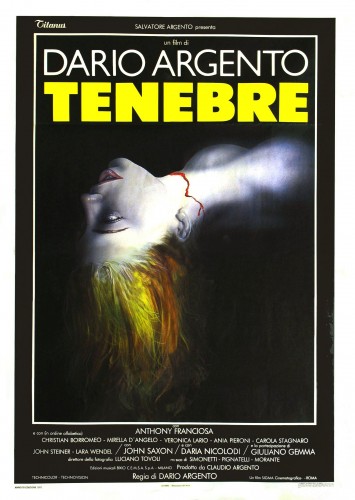 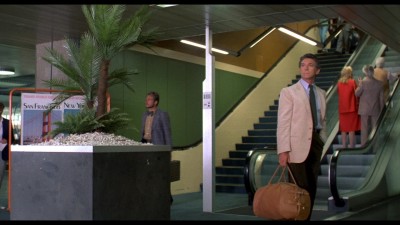 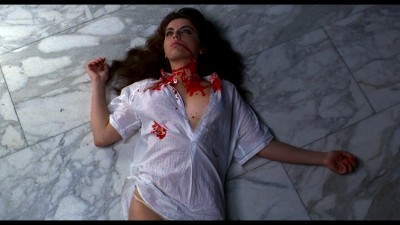 Peter Neal (Anthony Franciosa) is a popular novelist whose new book, Tenebrae, has just been released.  He flies from New York to Rome for a press junket arranged by his agent Bullmer (John Saxon in a strangely comedic turn) and his publicist Anne (Daria Nicolodi dubbed by, of all people, Theresa Russell).  He plays nice with friend Tilda (Mirella D’Angelo), a journalist who labels Neal’s work as misogynistic (she may be on to something), is interrogated by an overly adoring talk show host/fan (John Steiner), and finds himself being stalked by a crazed killer who loves his work.  Throughout all of this, the camera is actively engaged in the action, whether it represents the killer trying to find a hiding place through a subjective POV shot, or just decides to do an incredible sweep from one side of Tilde’s apartment, over the roof, and on to the other side (accomplished by using the Louma Crane).  The plot is interesting enough to keep the audience guessing until the final frame. 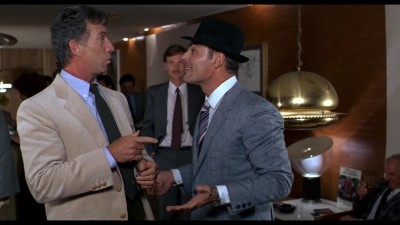 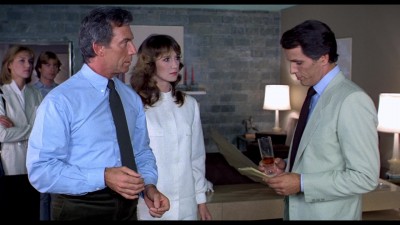 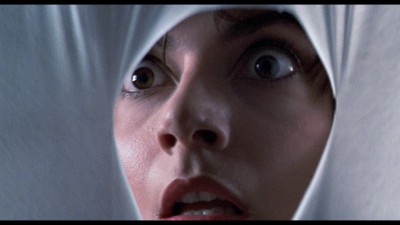 Watching this film again nearly made me want to cry because it reminded me of why Mr. Argento is my favorite horror film director.  Between 1974 and 1987 he directed six consecutive films that were not only wildly entertaining but incredibly imaginative, vast improvements over the dullness (albeit cinematically striking) of Four Flies on Grey Velvet and The Cat O’Nine Tails (although his debut film, The Bird with the Crystal Plumage, was terrific).  Deep Red, Suspiria, Inferno, Tenebre, Phenomena and Opera are six of the most stylish and compulsively watchable movies that I have ever seen.  Mr. Argento’s output following Opera has been uneven at best, with Sleepless and Do You Like Hitchcock? being the few standouts. 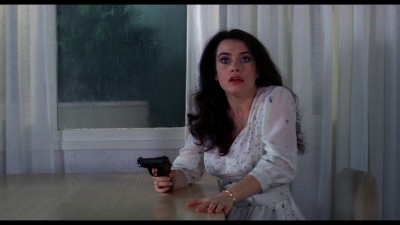 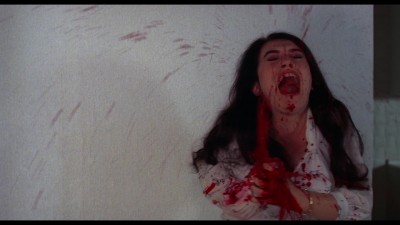 Tenebre is one of Dario Argento’s best written and acted films.  It’s also one of his most violent and bloody works.  Like Peter Neal in the film, Mr. Argento received harsh criticism upon the film’s release regarding not only the subject matter, but the manner in which the female characters are horrifically dispatched.  Finally available on Region A Blu-ray from Synapse Films, Tenebre remains one of Dario Argento’s best and most entertaining works.  For some people, it’s a toss-up between this and Deep Red, as to which is his best film.  It had its genesis when Dario Argento and his partner Daria Nicolodi were promoting Suspiria in Los Angeles in 1977, and this is a scenario described in the excellent liner notes provided by Derek Botelho, the author of The Argento Syndrome, a book that I must get my hands on.  The illustrated booklet that accompanies this three-disc set (the movie on DVD and Blu-ray, and a CD of the soundtrack album) also has an explanation by Synapse Films and what issues were encountered and how they were overcome when it came time to scanning and mastering the film.  Both articles are fascinating to read.

The real standout extra on this set is a 90-minute, exclusive documentary, shot in HD, entitled Yellow Fever: The Rise and Fall of the Giallo, which has interviews with Dario Argento, Maitland McDonagh, Mikel Koven, Ruggero Deodato, Kim Newman, Umberto Lenzi, Dardano Sachetti, Richard Stanley, Shelagh Rowan-Legg, Alan Jones, and Luigi Cozzi to name a few.  The giallo genre is attributed to the writings of Agatha Christie, Edgar Wallace, P.D. James, and Arthur Conan Doyle and is a great addition to this edition.

Tenebrae has been released in a steelbook casing and is comprised of:

Snatch this limited edition up! 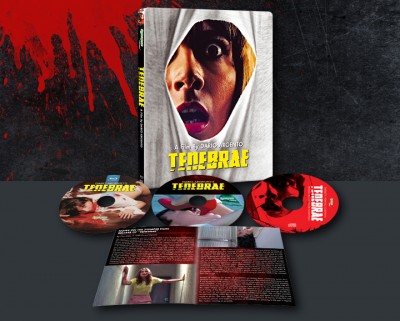