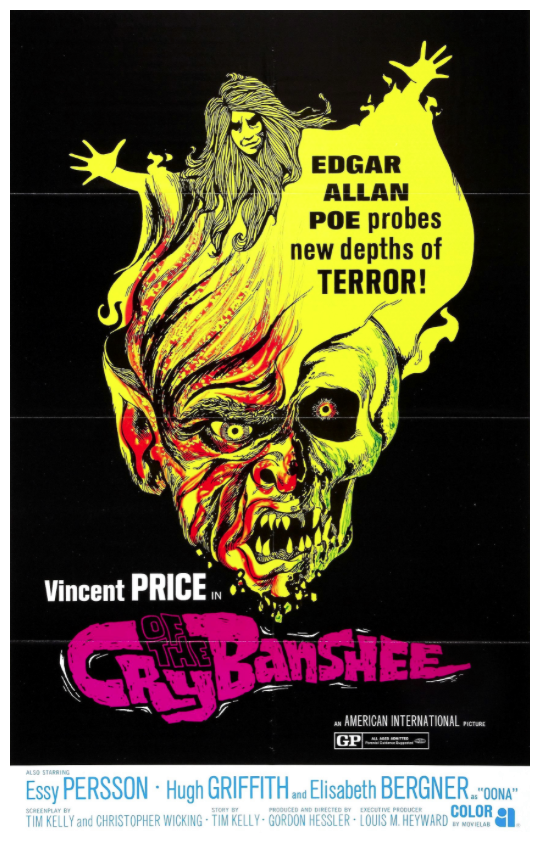 “The wicked and powerful magistrate Lord Edward Whitman is a witch-hunter with his cruel sons Sean, Burke and Bully Boy in a small village in England. His wife Lady Patricia Whitman is deranged with the wickedness of Edward. His daughter Maureen is secretly in love with her stepbrother Roderick, who was an orphan found by Edward wandering on the fields. Edward’s son Harry returns home after graduating in the university with Father Tom that is assigned to the local parish and he is surprised with the behaviour of his father and brothers. Edward hunts down the witch Oona and her harmless followers and kills many of them. Oona summons Satan seeking revenge against Edward and the Whitman family. Satan’s emissary surprisingly is Roderick, who has power to control animals and was born by fire. Will Roderick be capable to harm his foster family?”

Today’s story begins back in 1959 when Hollywood filmmaker Roger Corman and his producers Jim Nicholson and Sam Arkoff decided that unless they upgraded their product, American International Pictures was headed for financial ruin. So, instead of spending $200,000 making two movies, they’d spend $300,000 on a single feature – a third of the budget going to its star Vincent Price – and hope they could make it look good enough to demand a percentage of the box-office. There were two main factors behind their decision – the recent British invasion of elegant Hammer horrors, and the quality of American television had improved a great deal, with colour broadcasting and a lot of familiar faces popping up. It was a sink-or-swim proposition and they put everything they had into The Fall Of The House Of Usher (1960). The gamble paid off, returning more than $2 million worldwide and, for the next decade, AIP became a virtual Gothic Horror factory. 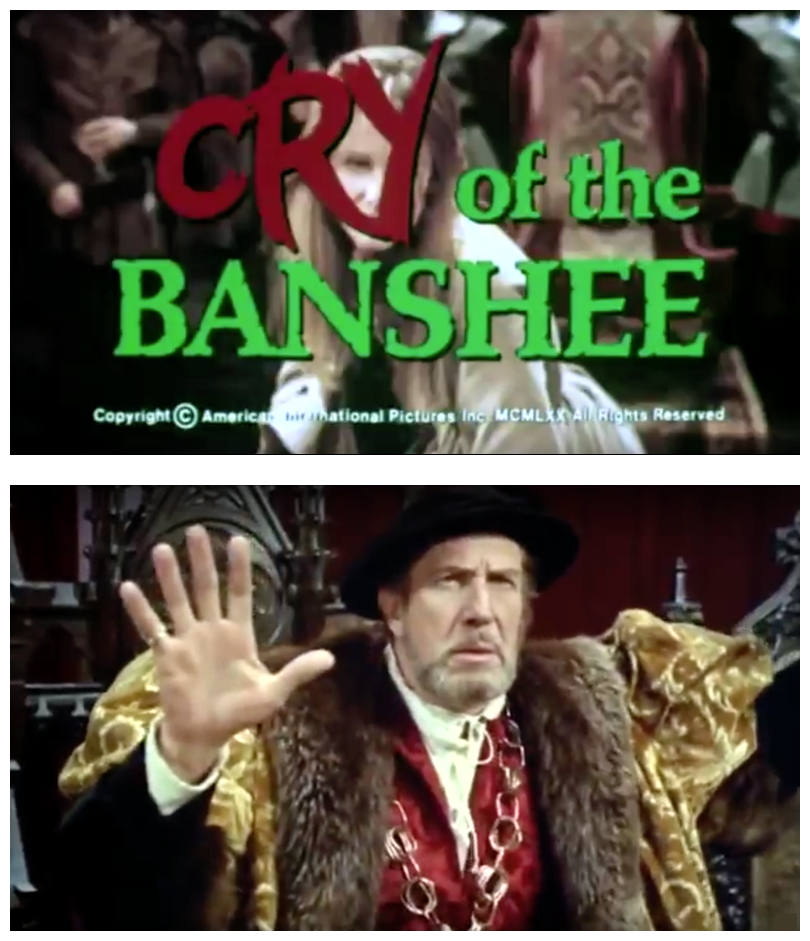 In his Poe films, Corman abandoned his usual speedy cutting and vigour for a hypnotic, rather ponderous style which seems to float lethargically through nightmares that are not so much terrifying as excruciatingly claustrophobic. Yet audiences loved them, and a number of follow-ups were produced, including The Pit And The Pendulum (1961), The Premature Burial (1962), Tales Of Terror (1962), The Raven (1963), The Haunted Palace (1963), The Terror (1963), The Masque Of The Red Death (1964), and The Tomb Of Ligeia (1964), most of them starring Price in one neurotic role after another. After making ten Gothic horror movies (seven Edgar Allan Poe, two Poe rip-offs and one H.P. Lovecraft) Corman was relieved when AIP asked him to make a contemporary film. Price was not so lucky, and was tied to the Neurotic Goth image for the rest of his career, even though his final Gothic horror movie was only a decade after the cycle started: Cry Of The Banshee (1970). 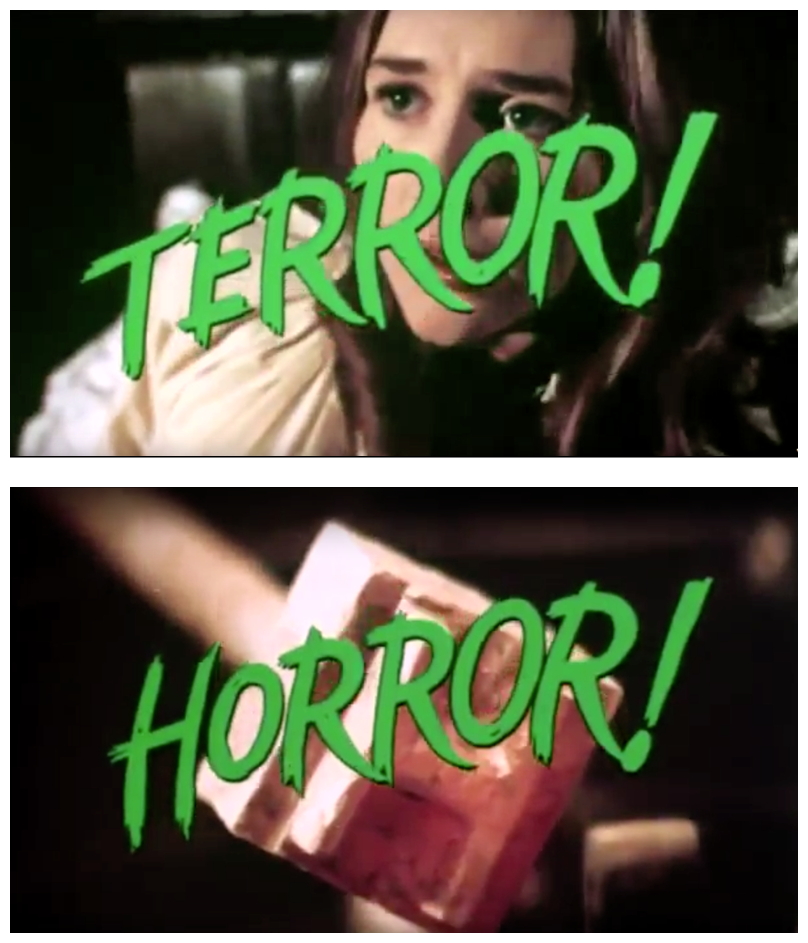 Like AIP’s other Poe rip-offs, Cry Of The Banshee is a hopeless mash-up of inconsistencies and, while Price’s mere presence has saved dozens of movies, here he comes across as completely disinterested. The likely reason for this is that promising young filmmaker Michael Reeves – Price’s friend and director of his previous Gothic drama Witchfinder General (1968) – passed away aged just twenty-five, when he unwittingly combined alcohol and sleeping pills. We lost a major talent that day, and the project he was was working on at the time, The Oblong Box (1969), was completed by Hollywood veteran Gordon Hessler, director of Cry Of The Banshee, and the two films were released together on a double-bill. Price is cast again as a heartless witch-hunter, Lord Edward Whitman, who openly scoffs at witchcraft but secretly feels that any real proof of witchcraft would undermine his authority in the village (how such a vindication of his efforts could harm his character in the eyes of the people is never explained, since he’s more than willing to torture innocent villagers). 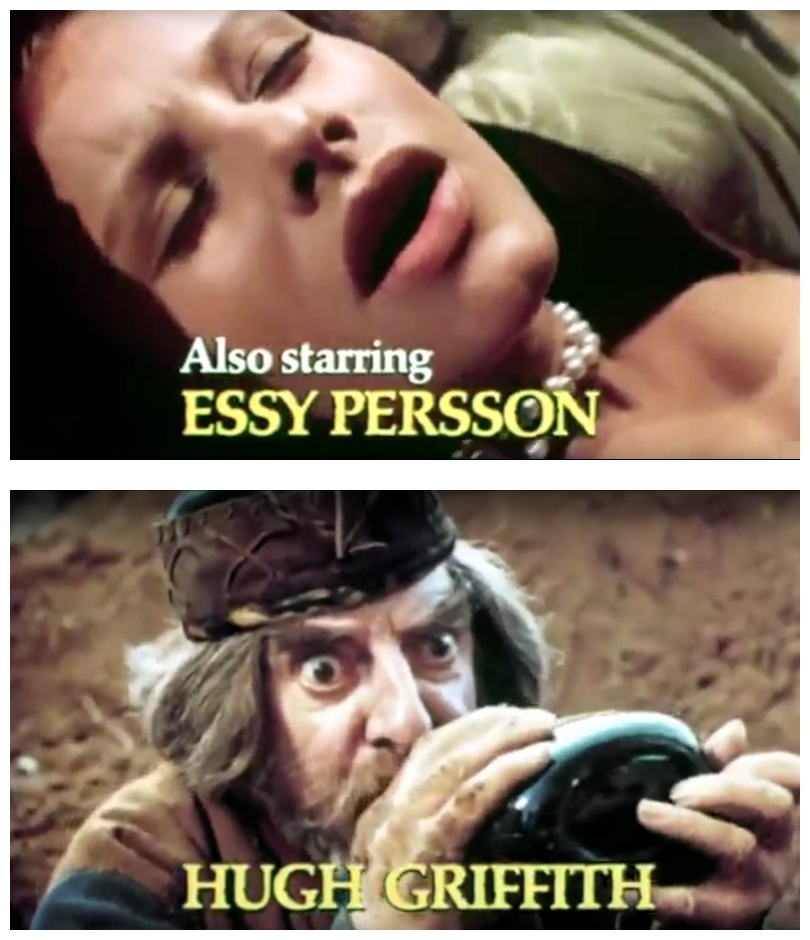 His wife Lady Patricia (Essy Persson) has become deranged by the wickedness of her husband and their cruel sons Sean (Stephan Chase), Burke (Michael Elphick) and Bully Boy (Andrew McCulloch). Eventually Whitman gets on the bad side of a real witch named Oona (Elisabeth Bergner, her first film role in 29 years), who curses him and his entire family to death. Initially we want to like her and sympathise with her vengeance, but she is exactly the kind of Evil that Whitman has vowed to destroy. Oona calls up a magical servant called a ‘Sidhe’ to destroy the Whitman’s family. Unfortunately, the demonic beast takes possession of a decent young servant named Roderick (Patrick Mower), who happens to be the boyfriend of Whitman’s daughter Maureen (Hilary Dwyer). The possessed Roderick then systematically kills off members of the Whitman family. In a battle between two Evils, only the victims are innocent and, when Whitman makes a last-minute attempt to save Maureen and escape the fate of their accursed name, he is suddenly presented as a caring father (and little else), and we’re left to wonder why he ever put himself in such a position in the first place. 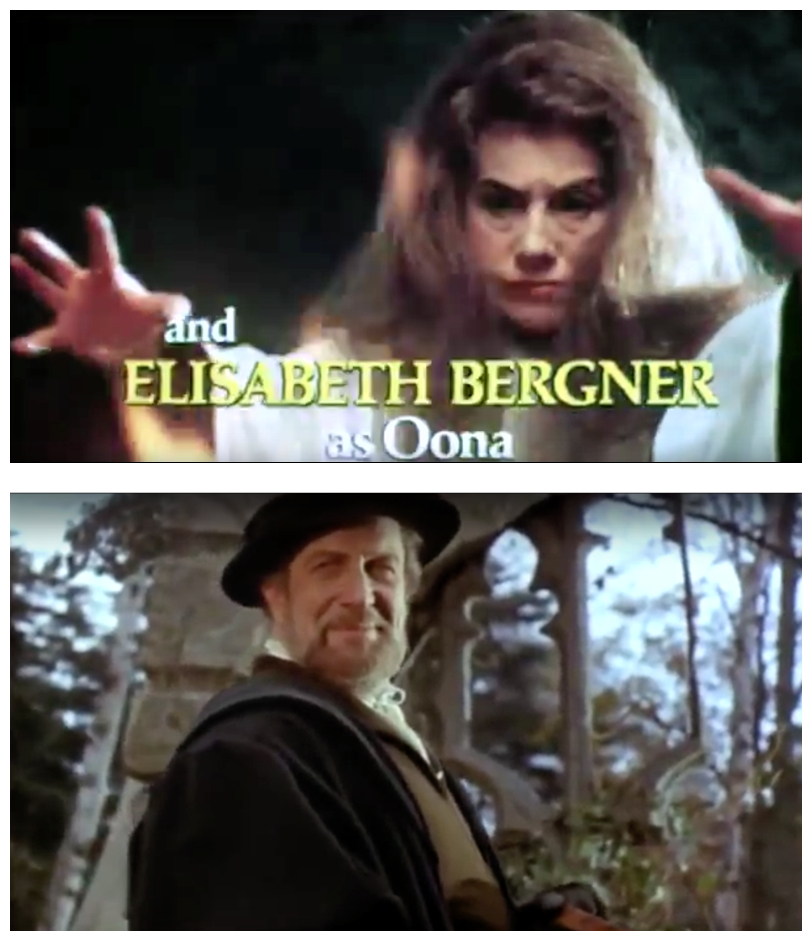 Cry Of The Banshee is a slow-moving flaccid film where narrative and moral befuddlement abound. Often gory for the sake it, and the story falls apart at the halfway point as confusion sets in with characters and plot. Is the film set in England or Ireland? Where is the banshee? Are witches innocent hippies or bloody murderers? At first, Oona’s followers seem to be in a bacchanal rather than devil worship, and we witness the cruelties that Whitman and his sons inflict upon unfortunate women in the name of God, but the conclusion seems to support their abusive behaviour, revealing the witches as evil Satanists. The sets and costumes are realistic enough, and a there’s a decent replica of a medieval village, but the creature looks more like a papier-mache werewolf than a demon. The original music score was composed by Wilfred Josephs but AIP decided not to use it and commissioned a score from Les Baxter instead (Josephs’ score is restored on the uncut DVD release). 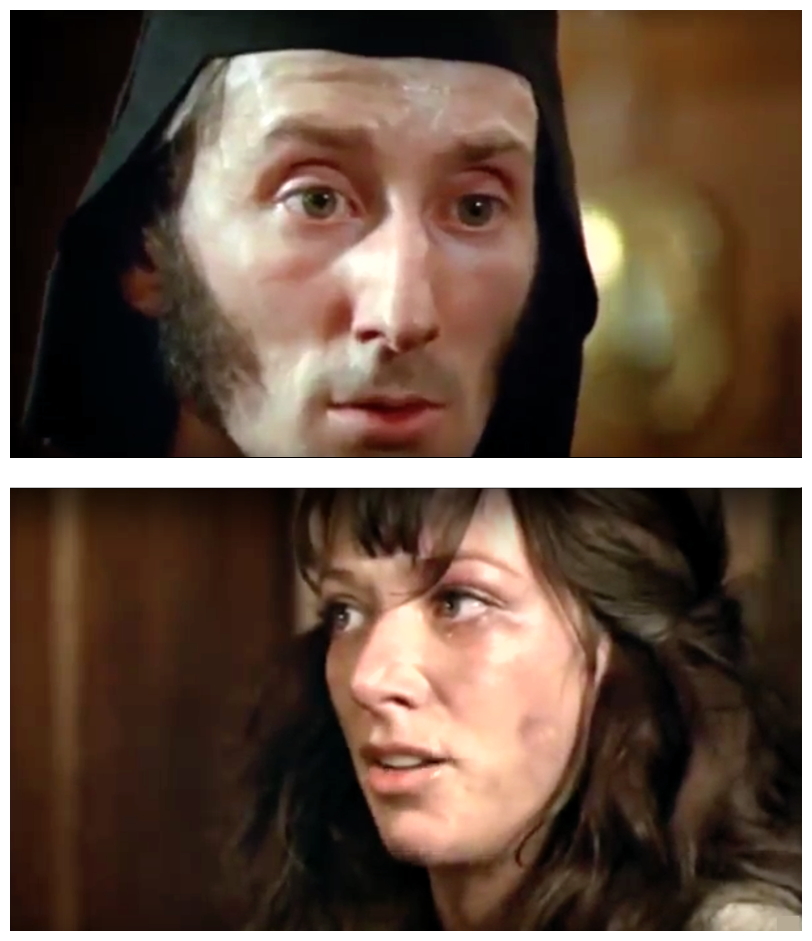 The characters are one-dimensional and none of them are likeable, you won’t care who lives or dies. Even Vincent Price – typically a wonderful villain who can make you like him despite his evil ways – is nothing more than an stereotypical English aristocrat who kills without motivation. The film bears a striking resemblance to Witchfinder General (1968) also known as The Conqueror Worm but, even though they have much in common, they are very different films indeed. Witchfinder General, for instance, was well-written, well-directed and had some depth given to the characters. Director Gordon Hessler was very dissatisfied with the Cry Of The Banshee script and wanted a rewrite, but AIP refused. He was well-aware that it lacked depth, made obvious because of his repeated need to show totally un-erotic nudity. At least six breasts can be spotted in the first fifteen minutes, each pair in a different scene, each dealt with in a style that only a sadist could possibly enjoy. 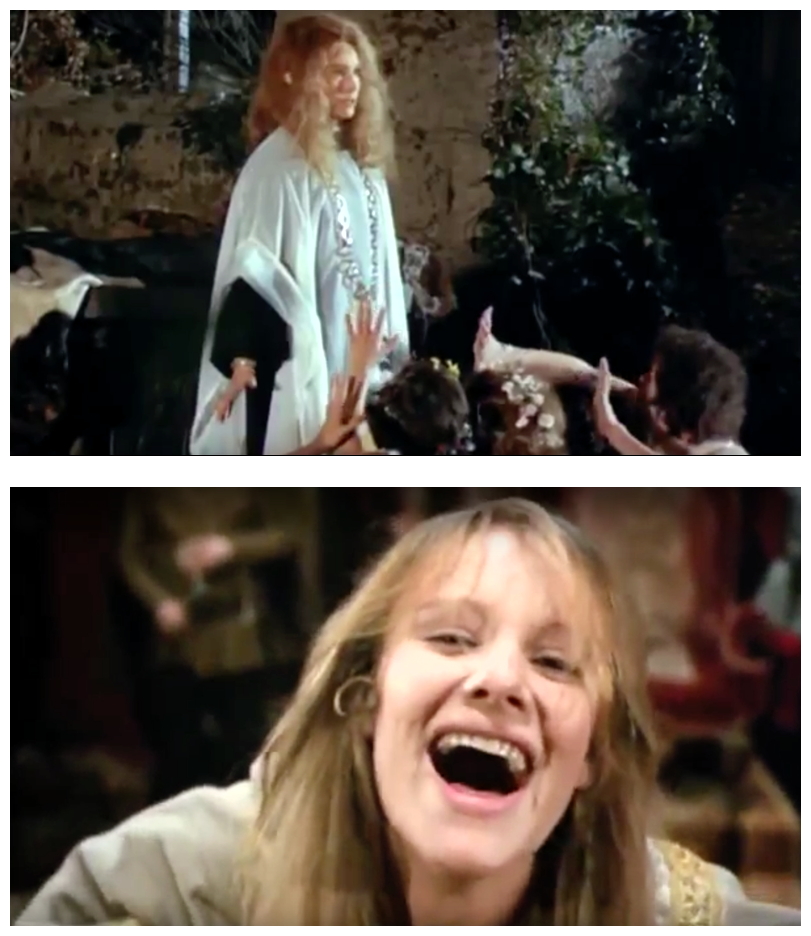 Speaking of the first fifteen minutes, the arguable highlight of the entire movie is its opening credits, animated by master filmmaker and former Monty Python member Terry Gilliam. Less than two minutes in length, the style is unmistakable, featuring cut-outs of Price and a number of demonic-looking medieval monsters, but it becomes clear Gilliam had no idea what the film was about either. It was a commercial success but Hessler hated it, declaring it the worst of the four movies he made for AIP. Anyone familiar with Witchfinder General will probably find Cry Of The Banshee a great disappointment, as well as a personal test – a test to see how much of it you can sit through without walking away or turning it off. It’s with this warning in mind I’ll ask you to please join me next week when I have the opportunity to burst your blood vessels with another terror-filled excursion to the back side of…Horror News! Toodles! 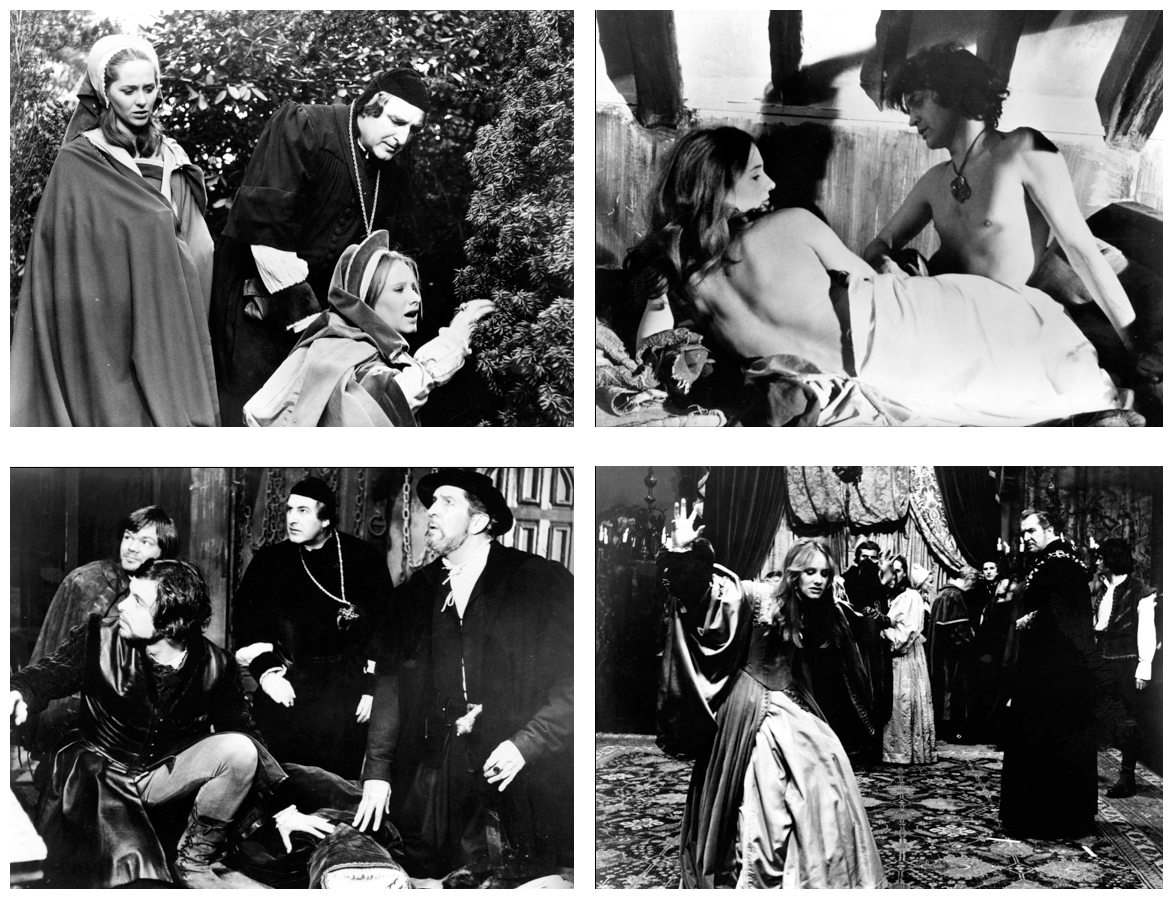