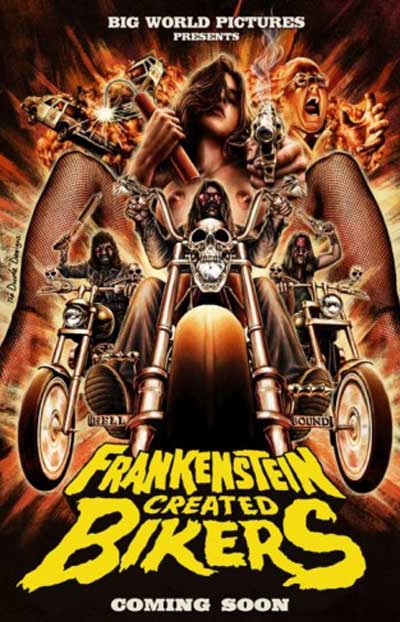 Burlesque bombshell Gia Nova will be appearing in the exploitation opus, Frankenstein Created Bikers, directed by James Bickert, playing a vixen stripper of the same name, and is scheduled for release later this year.

Frankenstein Created Bikers, a sequel to the 2011 grindhouse classic, Dear God No, is about an outlaw biker finds himself addicted to a diabolical substance and hunted by a grenade-tossing femme fatale, bounty hunters, law enforcement, a rival motorcycle gang, mutations and a topless stripper hit squad. The gorgeous Nova who has also appeared in Rob Zombie’s Halloween 2, was a tremendous source of inspiration for acclaimed directed Bickert.

“Gia bring the essence of classic Hollywood starlet from the 1940s,” says Bickert. “Her screen presence is so powerful, I wanted to use her name for the character too. I could easily see her as a seductress, especially one who would bring ruin to a man in the classic hard-boiled film noir. Unlike her tough character, she’s intelligent, professional and a delight to be around. The camera lens loved her and so will audiences.”

For Nova, it was another opportunity to shine in the film genre that she built her legendary grinder performances around, taking her smoldering sex appeal and adventurous spirit to the big screen, was an absolutely delightful experience.

“I love taking the essence of my live show to the big screen! It takes the character I’ve created to another level and that’s very exciting for me,” says Nova. “The entire crew and experience was wonderful and I’m a big fan of this director. My fans will get turned on by his work and his fans will get turned on to mine and I love that.” 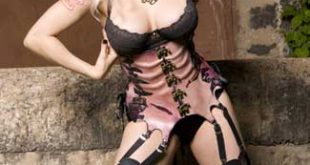