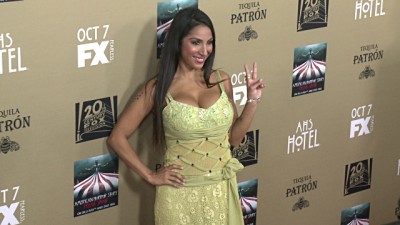 How did you first get started in the film industry?

I actually started when I was a child at approximately three years old I started as a tapdancer and then eventually moved onto television commercials. After having done commercials for a while I went back to school to perfect my English speaking ability and once I finished school including college and getting an associates degree in psychology as well as clinical hypnotherapy I decided once more to go back into the acting industry field. I began with studs once I reentered this field because it was the easiest for me to obtain and quickest way for me to gain momentum in terms of monetary gain due to the fact that I have been trained in martial arts since the age of 12 and knew a stunt Cordinator that actually also trained me as well and private lessons for krav and kapap.

As a child, what was your favorite horror movie?

I was a child my favorite horror movie was nightmare on Elm St., Freddy Krueger scared the living shit out of me and secretly I loved it even to this day if I see Freddy it freaks me out I love it.

Who are some of the influences, acting or otherwise?

Some of my greatest influences with regard to the entertainment were Lucille Ball Shirley Temple the rat pack as well as Cher and well there are so many great it would be a long long list.

How was it to work with Marlon Wayans on A Haunted House?

I did work with Marlon Wayans on a hunted house and was invited to do part two however I moved onto television I did not work on 50 shades of black however I wasn’t buy it because he and I have been and remain great friends ever since we were together into thousand nine on G.I. Joe rise of the cobra. I am very big on supporting the career of my friends.

What was the most memorable experience from working on American Horror Story – Hotel?

Probably my most memorable experience from working on American horror story is how I was greeted by Ryan Murphy when I read the set as well as making friends with my costar west for me he is a phenomenal actor and a great person to be around. The advice that he gave me with regard to my acting clear has been insurmountable in allowing me to advance further and quicker. That’s what happens when you are around the great artists of the universe they help you to rise even further and expand yourself as an individual and artist.

Is Lady Gaga really a vampire?

Well I won’t give too many behind the scenes details on that but let’s just say I didn’t mind getting bit by her.

Who would you love to work with from the horror genre?

What else is on the horizon for Liana Mendoza? Any more horror projects?

Well, I do have a film I just completed with Lionsgate called 2016 but Other than that I’ve been working on to dramatic shows as well as comedy. I worked on the new season of Better Call Saul as well as Baskets.

What do you think about story of DEAD afterlife?

It needs to be made. 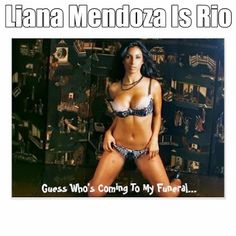 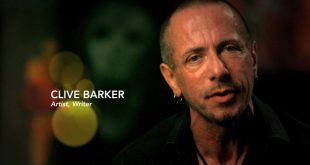