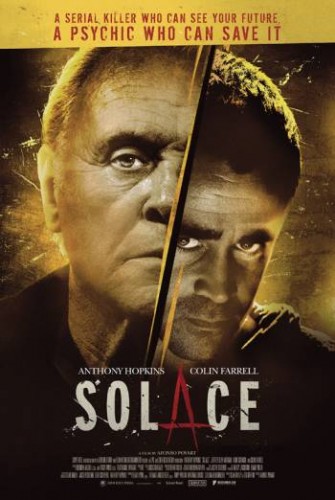 A psychic works with the FBI in order to hunt down a serial killer.

The film SOLACE has had a very interesting history before finally making it to the screen this year. Dating back as far as 2002, the original spec script by Ted Griffin was developed as a sequel to David Fincher’s SE7EN and the lead character was to be re-written as Freeman’s Detective Somerset. I have no clue as to why this didn’t work out but the idea was dropped and the script just sat around for awhile. It wasn’t until 2012 when director Afonso Poyart came on board and the project finally shifted gears. Even then, production didn’t begin on the film until early 2013. Here we are and a month deep into 2016 and SOLACE has yet to be plastered on the screens. I’m happy to report the film is on its way. Usually when a film appears to be so troubled, it ends up being a total mess. Thankfully, SOLACE is pretty freakin far from being a mess and is a solid thriller, thanks to a stellar cast, interesting hook, and a director with vision. 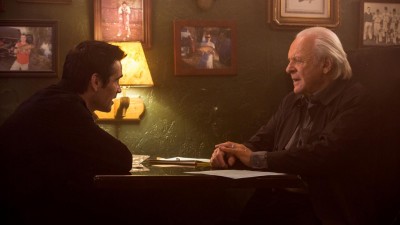 FBI agent Joe Merriwether (Jeffrey Dean Morgan) is on the hunt for a serial killer. There are few leads and he’s finding himself at a loss. Partnered with the younger agent Katherine Cowles (Abbie Corninsh) the two of them need help in tracking this psycho down. Joe decides to enlist the help of retired police doctor John Clancy (Anthony Hopkins). Clancy has no interest in returning to work but he has a gift that could be helpful to them: he’s a psychic. After some persuasion, John joins them on the case though Katherine is highly skeptical of his abilities. She is won over quickly but the murders continue and they soon learn the killer has the same abilities as John. This frightens him and isn’t sure tracking this guy is the best idea. With a killer who has psychic abilities, who knows what’s going to happen before it happens, there really isn’t anywhere they can hide. John will have to face his own demons and push forward in order to stop this maniac (Colin Farrell) who thinks he’s doing a service by putting people with terminal illnesses out of their misery.

SOLACE is a film that’s taken the longest road possible to make its way to the screen. I’m still not exactly sure when it’s going to be out for everyone to see. It’s really a shame since this is a rare instance where the release of a film is delayed by years and it doesn’t suck. It’s actually a really wild ride with some terrific performances by what some would view as a dream cast. Anthony Hopkins is always a powerhouse. He brings some much needed class and believability to a crazy premise. Colin Farrell smartly keeps it tame in his portrayal of the killer. We have witnessed so many great actors go too far over the top when taking on a killer role in a film like this and he always keeps the human side of the character on the front lines. Abbie Cornish is quickly becoming one of Hollywood’s top stars, well deserved and her character arc helps to drive the film. For my money, Jeffrey Dean Morgan is one of the most talented and under appreciated actors in the business. He never disappoints and this film is no different. 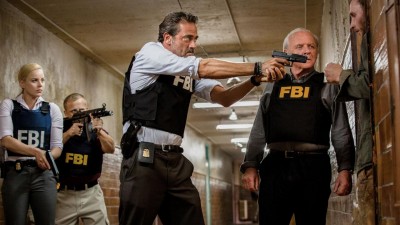 Afonso Poyart is able to play with some twisted imagery when the psychics are looking in to the future. At times, the visions sort of have that music video quality but it all works. The story feels familiar without being too predictable. There are some grisly murders and just enough blood for us. The movie is trim, entertaining, and an A+ thriller. I wasn’t sure if this would be something I would be in to (sorry folks, but I don’t like SE7EN) but I was won over right out of the gate. Whenever this film makes it to screens here in the U.S., be sure to check it out, it’s a killer popcorn flick. ****1/2 (out of 5)