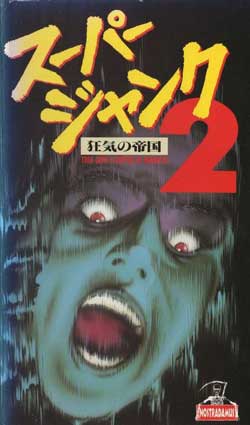 Typical Mondo in the style of Faces of Death

This is one of those movies that folks might call a “shockumentary” – a movie that is most often found in the horror section of your video store, but claims to contain “REAL” footage of death and dismemberment. The most famous of these, of course, is Faces of Death, a movie that came out in 1978, following in the Mondo Cane (1962) tradition while upping the fatality quotient. Well, remember how cheesy Faces of Death was? Take that times 10 and you’ve got yourself True Gore 2: Empire of Madness. In fact, I think one of the only things I can really credit this movie with is the fact that at least it was one of the earlier copy-cats in the subgenre – the first True Gore came out in 1987, which was well after Faces of Death 3, but long before a lot of the more recent, meaner entries (Traces of Death, Bum Fights, and similar garbage). Well, and also that this remains, for the most part, light-hearted…for real, the film is narrated by a severed head, how serious are we expected to take this? 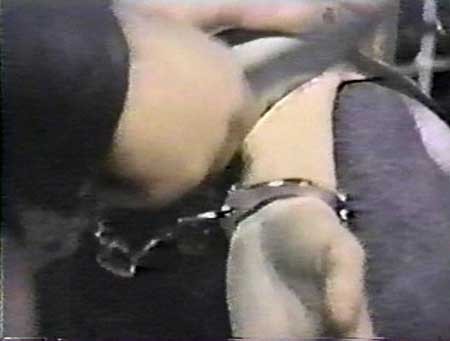 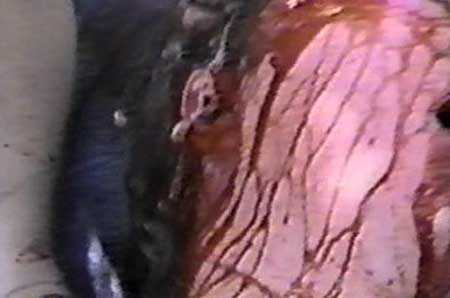 Maybe this is a spoiler, but I want to say this up front: I’m pretty sure that none of this is real, aside from the animal footage (always with the animals, huh?) and maybe the autopsy/cadaver footage. The thing is, with the Faces of Death series, some scenes were obviously staged, while others you weren’t too sure. Remember when that guy gets attacked by the alligator in part 1? As a twelve year old child, I wasn’t sure if that was real or not. But with True Gore 2: Empire of Madness, the person pulling your leg is practically whispering to you the whole time, “I swear I’m not pulling your leg, seriously.”

Director M. Dixon Causey (who also made the first True Gore film, but under the name Eddie Woyzeck) opens part 2 with a man lying on a table having his throat torn open and various organs pulled through the new hole, then being decapitated. This decapitated head goes on to narrate the entire film, throwing in halfway poetic/pseudo-psychology babble about each titled scenario. Cut to a brain being removed from a dead body, which might be real. Next up is the obligatory animal sequence, from slaughterhouse footage to research lab material, none of which is enjoyable. Luckily, it is right after this that we get to the “good” stuff. 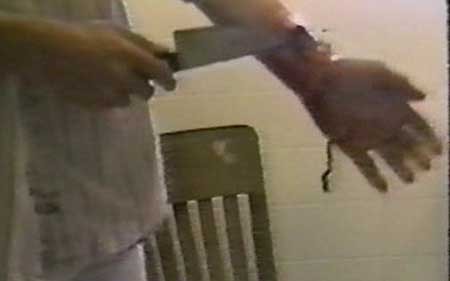 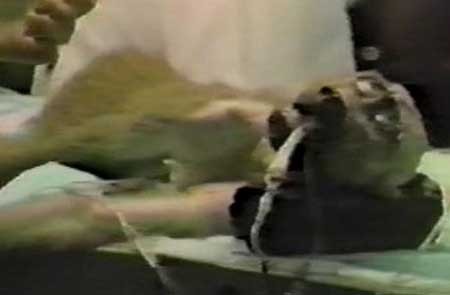 In “Suicide,” we have a guy making a video to his girlfriend who he recently found out was cheating on him. He drinks a bunch, smokes a lot, and then starts cutting his wrist, somehow pulling a couple veins out. Not very convincing. In “Drive-By Murder,” we have a couple walking down an alley, along with a mystery third person who is filming them, when suddenly the guy falls to the ground and we do a close-up on his gore-effected head…I guess he was shot? “Sexual Torture” is hardly that, instead showing a guy putting cigarettes out on a tied up girl. Then in “Easy Ways to Die,” we get a quick variety of nonsense – in “Guns,” a guy is on the ground (I guess he was shot, too?); in “Drugs,” a dude pukes in a toilet; and in “War,” we get a bunch of stock footage from WWII, Korea, and Vietnam, shots that we’ve all seen a hundred times before. 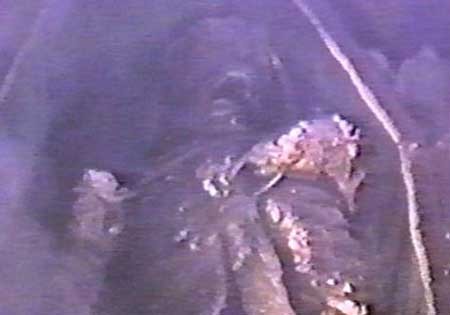 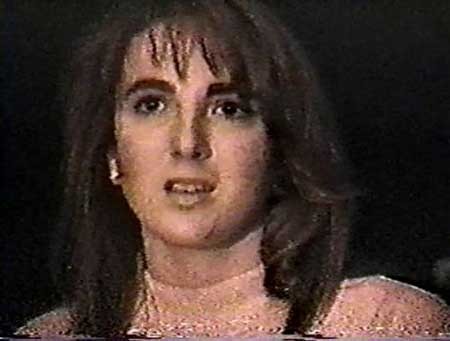 Now, it was about at this point in the video, maybe halfway through, that I thought to myself, “Where is all the Satanic stuff?” One of the major tropes in these 1980s “true death” videos is the Satanic cult and the accompanying Satanic sacrifices. We were in the middle of the Satanic Panic, after all. Well, lucky for us (or maybe not), the very next section is called “Satanism.” But it is hardly what we are hoping for. First there’s an interview with a woman who says she was kidnapped by a cult, but then says they were freaks, not Satanists. Next, we have a faux news report about a Satanic sacrifice, and footage of a pentagram carved on someone’s belly. A guy drags a corpse to a room and prances around it in the section called “Satanic Necrophilia Incest” (what an eye-grabbing title for such a bland scene). A girl dances with a skull in her hands around a dude in a devil costume before he finally slits her throat (the final section of Sexandroide was more convincing than this). A quirky, weird dude who you’ve no doubt seen around 3 A.M. in the corner booth at Denny’s is interviewed and completely misrepresents Satanism as a bunch of people having sex with animals and children. And finally, in the “Necromancy” section, a bunch of cloaked dudes hang around a corpse and shove links of sausage (?) into its mouth until a guy starts speaking as either the corpse’s former self or Elmer Fudd, one of the two. 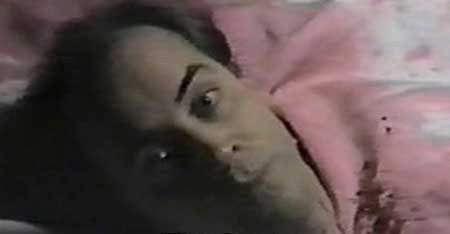 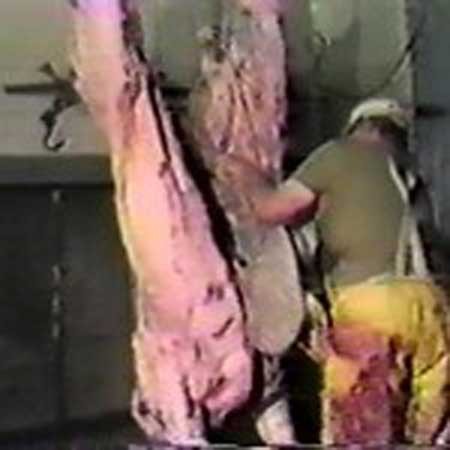 I can’t think of a single person I’d tell to check out this movie. It’s horrible if you’re looking for “true death” scenes, but it’s also horrible if you’re looking for a “so bad it’s good” movie. True Gore 2: Empire of Madness is pretty much a complete waste of time and money. It’s rare that I find myself in a position where the sentence “You’d be better off checking out Faces of Death” slips out of my mouth, but I guess there’s a first time for everything, right?