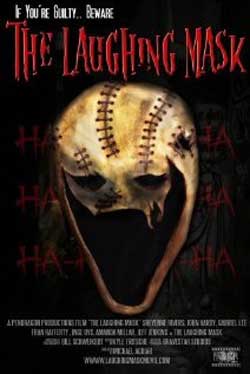 A psychotic killer, known as the Laughing Mask, terrorizes a community with a series of seemingly unconnected and violent murders. As the body count rises, a local detective and the husband of the killer’s first victim work to stop the Laughing Mask, even though they don’t understand his underlying motive.

The film opens with the Laughing Mask, an insane serial killer, torturing and killing a woman with a carpet knife. During the kill, as his maniacal laughter echoes through the room, 1930’s era music is playing in the background. Follow this with a montage of the Laughing Mask torturing and killing a variety of victims in inventive ways. Now the scene cuts to a police station where the woman in charge demands that Kate (Sheyenne Rivers) take the lead on the case, much to the chagrin of Detective Cordova (Gabriel Lee). Soon we learn that author Jake Johnson’s wife, Jaycee (Inge Uys), was the Laughing Mask’s first victim. Ever since his wife’s murder, Jake (John Hardy) has been on the murderer’s trail and is now trying to incite the Laughing Mask (Jeffrey Gwyn Jenkins) into coming out into the open to come after him. 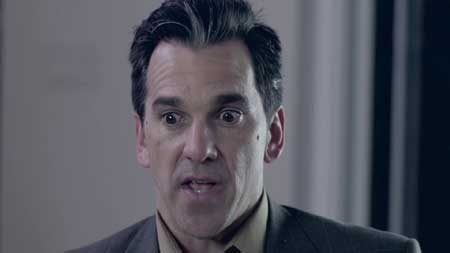 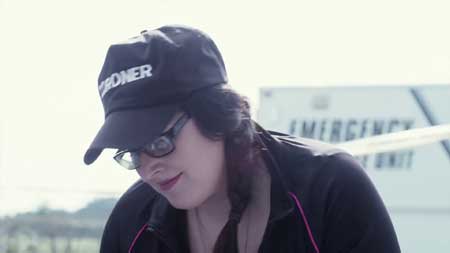 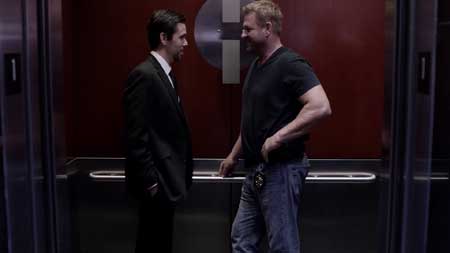 For me, the most value in The Laughing Mask is found in the mood-setting, vintage music that helps tell the story. I didn’t know much about this film before viewing, but my anticipation rose when I heard the 1930’s music backing the opening scenes. While Jaycee Johnson is being tortured, It’s a Sin to Tell a Lie, sung by Ruth Etting, is playing in the background. The song includes the lyric, ‘Be sure it’s true when you say, “I love you,”’ which turns out to be a clue to the film’s theme of betrayed love and revenge and to The Laughing Mask’s identity.

In the next scene, the torture/murder montage, Cab Calloway is heard singing St. James Infirmary Blues from the 1933 Betty Boop cartoon, Snow White. In 1994, this classic cartoon was preserved in the National Film Registry at the Library of Congress and was also listed as #19 in the book, The 50 Greatest Cartoons: As Selected by 1000 Animation Professionals. In The Laughing Mask, the torture/murder montage is interspersed with scenes from Betty Boop – Snow White (1933), Betty Boop – Minnie the Moocher(1932), and other vintage animations while the entirety of Calloway’s St. James Infirmary Blues is heard. This song tells the story of a man who has gone to St. James Infirmary to view his dead love’s body and includes the line, “She’ll never find another sweet man like me.” 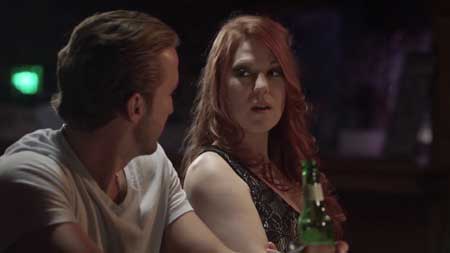 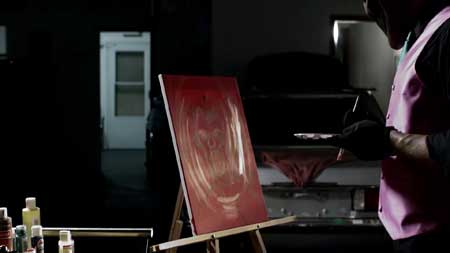 During the next Laughing Mask killing, The Boogie Woogieman, sung by the Brian Sisters, plays over the killing, obviously referring to the Laughing Mask with lines like, “So, better look out, someone’s about, hauntin’ the town, … better beware, better take care, … You may meet the boogie woogie boogie man.”

Next up is Cab Calloway’s The Ghost of Smokey Joe which plays while the Laughing Mask takes a chainsaw to a gravedigger who sells the deceased’s personal items on eBay. In the song, we hear the lines, “Take a look, I’m not such a stranger. Here’s a face you cokies all ought to know.” This while the gang member shouts, “Who are you?” The Laughing Mask’s next victim is forced to listen to a toddler’s version of Alice in Wonderland, complete with a bell to signal the reader to turn the page. Meanwhile, the Laughing Mask is painting a portrait using the victim’s blood as his medium. 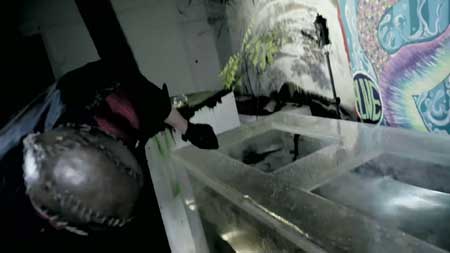 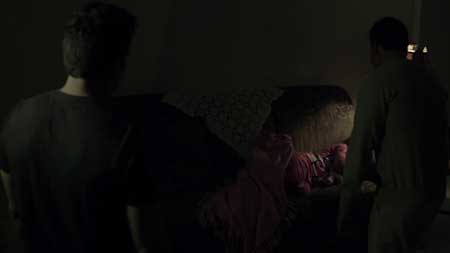 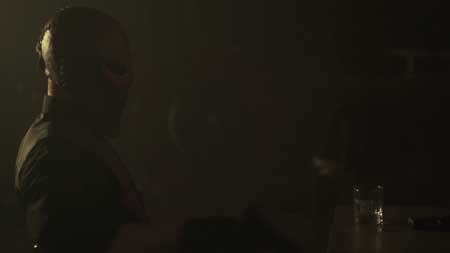 We then get a tour of the madman’s lair. We see a victim outfitted to resemble a mermaid (a teacher acquitted of drowning her students) as we hear Todd Rollins and His Orchestra’s rendition of The Boogie Man with Chick Bullock singing, “I’ll torture you and hunt you. I’ve got you where I want you, a victim of my dark and dirty plot. And at the slightest whim, I’ll tear you limb from limb.” Another victim similarly rigged to resemble a pig (a police officer acquitted of rape) is back dropped by a recorded reading of The Three Little Pigs. The final exhibit of our tour is a puppet/jester accompanied by Marion Harris singing Who’s Sorry Now.

As the Laughing Mask dresses for a confrontation with gang members in a bar, we get Ramona (Davies) with the Park Avenue Boys’ performance of The House is Haunted (by the Echo of your Last Goodbye). And for the finale, we hear Minnie the Moocher by Cab Calloway and I Don’t Want to Set the World on Fire by The Ink Spots.

I hope you don’t mind me going on at such length about the music. But for me, the music itself, the 1930’s cartoon clips, and the way they support the story and the mood are the best things about The Laughing Mask. I was dismayed that none of the music and artists were included in the credits. I assume most of them are in the public domain, but still, let’s give credit where credit’s due. A lot of the music is available streaming online as are the two Max Fleischer Betty Boop cartoons used, Snow White and Minnie the Moocher. Do yourself a favor and check them out! 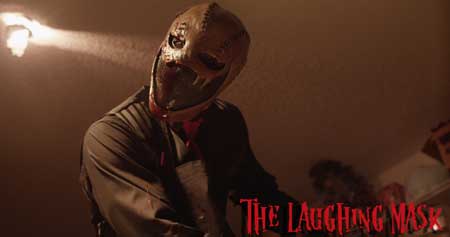 The Laughing Mask is the first feature effort from writer and director Michael Aguiar. When you boil it down, I like the foundational story behind this film and I like the villain. But the way the film tells the story is uneven, including seemingly unnecessary scenes while at the same time, leaving out key plot information. Edits and cuts are awkward giving many of the effects and some of the story a disjointed continuity. Dialogue in several scenes was downright embarrassing as was a lot of the delivery. Law enforcement officers and their support are depicted variously as misogynistic, juvenile, corrupt, incompetent, and immoral. The characters are pretty one dimensional and the only semi-likable character dies. The real hero of this film is the villain. 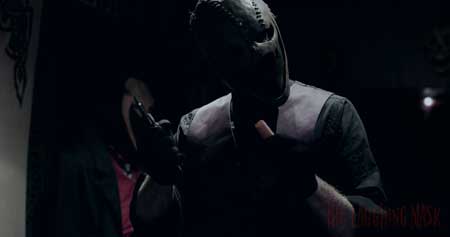 After watching The Laughing Mask several times, I’m at a loss to understand positive reviews and the high rating (8.3) on IMDb. I must be missing something, but hard as I tried, I couldn’t find it. I’d have given it a 2 out of 5 rating just for the music, cartoons, and underlying story, but I have to dock them 0.5 for not giving credit to the creators of the best part of the film.

In the end, I give The Laughing Mask 1.5 out 5 refrains of echoing, psychotic laughter. But that’s just me.