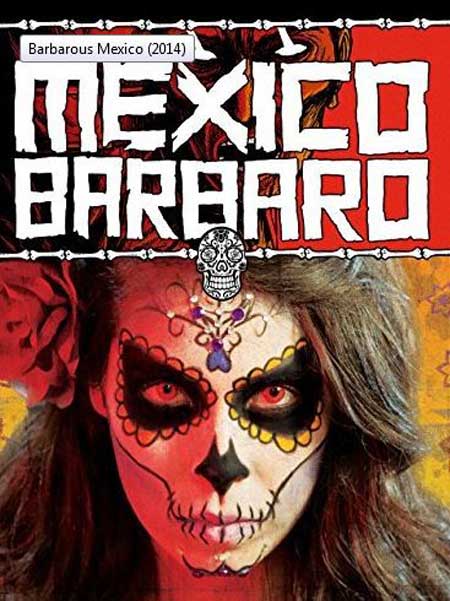 Eight Mexican directors unite to bring tales of the most brutally terrifying Mexican traditions and legends to vividly shocking life.

Anthology films have undoubtedly made a strong comeback in the last few years. Whether you prefer Trick ‘r Treat, the V/H/S series, or even ABC’s of Death, there has been a slew of these movies in horror world, from low budget indies to Hollywood mainstream, ranging in quality from excellent to downright horrible. Well, add one more to the list, and then place it up near the top: Mexico Barbaro (aka Barbarous Mexico) brings together eight directors from Mexico to tell eight disturbing tales. Since they are all separate shorts that are not related to each other outside of this collection, I’ll go ahead and cover them one by one. 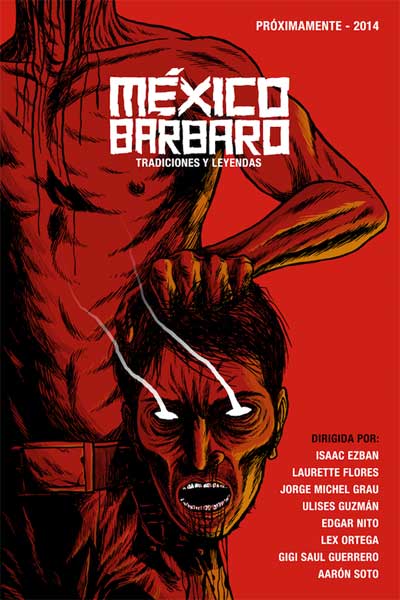 “Tzompantli,” written and directed by Laurette Flores Bornn, gets us started. People have been going missing, and rumors have been swirling regarding their whereabouts. A man risks his own safety to meet up with an informant who says he knows what is happening. Rather than the typical drug cartel story that might have been expected, the informant tells a much more frightening story, then leads our brave detective to a garage where a disturbing secret awaits. This is a creepy story that goes in a different direction than I first expected, which is always a plus. Make sure to look up the definition of tzompantli once you’ve finished this short film; to do otherwise might spoil a bit for you. 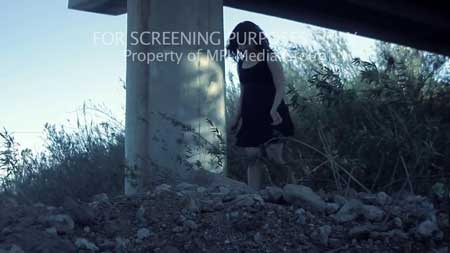 Second up is “Jaral de Berrios,” directed by Edgar Nito and written by Nito and Alfredo Mendoza. This is one of my favorites of the group. A couple of thieves, one of them badly injured, find shelter at an abandoned building. The injured guy says the place is cursed, but the other guy brushes off the notion and takes a look around. Very soon, we find out just how dangerous it is for them to be there. This is a great supernatural/ghost story with a good balance of scares and weirdness, not to mention a touch of brutality as well.

One area where Mexico Barbaro definitely succeeds is in its variety. It manages to change things up from story to story, switching gears enough to keep things fresh, but not so much that it starts feeling like a disjointed mess. While the first two stories were dark and serious, “Drena,” (“Drains”) written and directed by Aaron Soto, brings a little bit of goofy and a lot of nasty. A girl finds a dead body in a ditch, and still in its fingers is a cigarette/joint, which, of course, she takes home with her. As the night goes on, she gets bored and decides to smoke it, which prompts a little creature to come out of her wall. It demands her sister’s menstrual blood, and if that blood is not delivered within twelve hours, it will suck her soul out of her anus. I’ll let you imagine how this all pans out, but I promise it gets weird and dirty.

Another weird one follows, “La Cosa mas Preciada” (aka “The Most Precious Thing”). This one is written and directed by Isaac Ezban (see also The Similars and The Incident). This is the story of a young couple who has rented out a cabin for the night (at a place that reminds me a lot of the resort in Joseph Kolbek’s Blood and Sex Nightmare) where they plan to have sex for the very first time. Much as you’d expect, they are interrupted, in this case by an old man who works on the grounds. He says that they shouldn’t be there (of course) and warns them not only to stay in after dark, but also to not leave anything outside, as “they” will steal it. They ignore his warnings, and soon they suffer for it in a very nasty way. This story is as goofy as it is nasty. 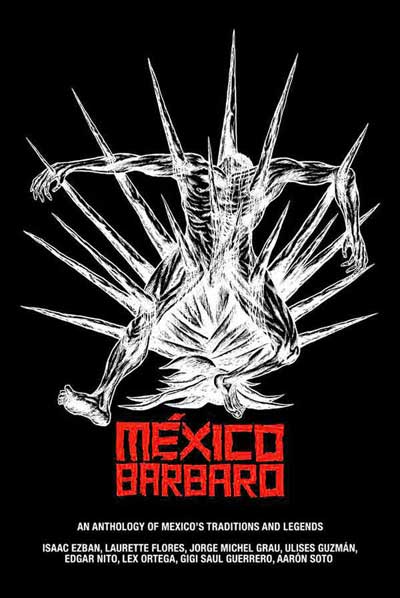 All of the goofiness that was established in the previous two stories is completely thrown out the window in Lex Ortega’s “Lo Que Importa es lo de Adentro” (“What Matters is What’s Inside”). We focus on a mom and her two children as they rush to get ready in the morning. While it seems the little boy can do no wrong in the mother’s eyes, the little girl repeats “Boogey!” over and over while pointing at a man outside, something that draws the ire of her mom. When they walk past the man, he is nice to the mom and son, but makes faces at the little girl. Later that afternoon, the little boy goes out to play soccer and never comes back. I’m not going deeper than this (no spoilers!), but what happens next is disturbing and unexpected, to say the least.

Writer/director Jorge Michel Grau (most notable for the original We Are What We Are) brings us “Munecas” (“Wrists”). We follow a woman who we gather has just escaped something horrible and is hiding out from someone after her. She is beaten, bloody, and tired, but she still puts up a vicious fight against a guy twice her size. This part is pretty brutal, but it isn’t until we see where she was running from, and what is going on there, that we see how messed up this whole section is.

“Siete Veces Siete” (“Seven Times Seven”) is, in my opinion, the best of the eight short films contained within Mexico Barbaro, and definitely my favorite. Written by Paulo Rique and directed by Ulises Guzman, this story starts crazy and just keeps getting crazier. It opens with a guy walking into a morgue and taking a body to his truck, then driving out to a pond in the middle of nowhere. From there, things take a turn for the surreal. There is a burning man on a horse, a naked woman who grows spider legs, and a reanimated corpse, among other things. The way it is put together, through a combination of flashbacks and present-day action, gives us a story that, at its climax, reveals one of the most brutal, intense, and surreal revenge stories put to film in some time.

Finally, we finish strong with Gigi Saul Guerrero’s “Dia de los Muertos” (“Day of the Dead”). We have narration from a woman, telling how she learned from her mother to be strong, over a roomful of scantily clad young ladies. These women, we soon learn, are all employed at a nightclub as dancers, but this night they add the face-paint and decoration that goes along with Dia de los Muertos. As accommodating as these women try to be for their mostly male clientele, they are treated very badly, insulted, groped, and demeaned. But things are about to take a turn for the violent and bloody. As expected, Guerrero and company over at Luchagore Productions continue to impress (see their short, El Gigante, based on Shane McKenzie’s novel, Muerte con Carne, for more of the same).

My criticisms of this anthology are few, and honestly I feel like they’re kind of petty. It seems there may have been a better opener to this film. Don’t get me wrong, I like “Tzompantli,” but I feel like it was not the right story to open with. Like I said, petty, but there may have been a stronger opening that would grab the attention of viewers on the fringe, the people who aren’t sure whether this is the movie they want to watch. The only other problem I had with the movie dealt with the title sequences. Much like ABC’s of Death, Mexico Barbaro puts the title of each segment after the short, which frustrates me a little. You don’t read a short story, then find out what it is called. The titles are combined with a brief bit of unconvincing CGI gore, which might not be great, but are far egregious. All in all, minor inconveniences aside, I thoroughly enjoyed this movie and hope to catch more from each of these filmmakers. All of the stories work as shorts, and some seem ripe to be expanded into full length films. There’s great gore throughout, some genuine scares, and a lot of unexpected turns that keep even the average viewer excited for what might come next. Highly recommended – honestly, I would love to see Mexico Barbaro become a regular series in the same vein as V/H/S, highlighting filmmakers from Central and South America.