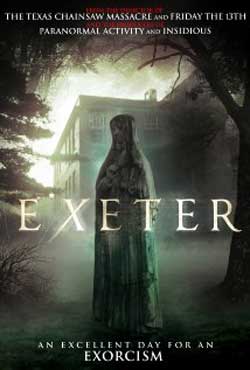 A group of teenagers accidentally release an evil spirit that starts to possess them one by one.

Exeter, AKA: The Asylum, AKA: Backmask, is the latest and first original film from director Marcus Nispel, the man who directed the Conan, Friday 13th and Texas Chainsaw Massacre remakes/adaptations. With glossy cinematography, slick sounds and a good looking (for the most part) cast, Exeter attempts to satisfy its viewers with a pretty average story borrowing heavily from classic films like The Exorcist and Evil Dead. Can its meta references and comedic timings entertain? We’ll see…

After an alcohol and drug fuelled party at a derelict asylum which was known to house mal-treated patients (is there ever an asylum with well treated patients?), a group of teenagers lead by somewhat straight-arrowed teen, Patrick (Kelly Blatz), decide that an occult ceremony is the perfect hangover cure. Unsurprisingly, things go wrong and Patrick’s younger brother, and Jason Mewes look-alike, Rory (Michael Ormsby) is possessed by an evil spirit… Unsurprisingly. Things take an Exorcist turn when Rory is strapped to a rusty bed and the gang try to perform a homebrewed exorcism using a DIY exorcism app on their iPad, complete with animated vomiting pictures… Man, I wish that app was real… 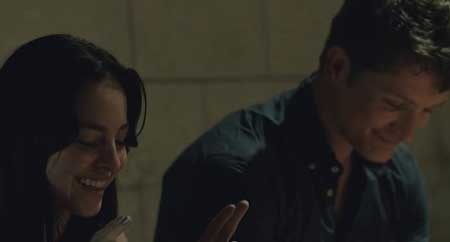 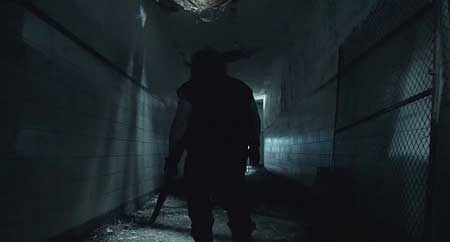 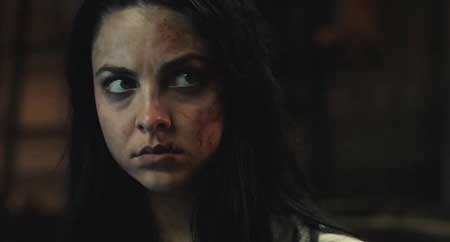 As the teens discover more about the dark history of the asylum, its connections with a priest Patrick knows and works for, and the spirit causing all the shenanigans, the spirit itself remembers it can possess people willy-nilly and promptly moves from one group member to the next… Selectively and conveniently, I might add… The group also decide that no one else is worthy of exorcism and feel fine with brutally killing their possessed pals in a number of admittedly creative and gruesome ways. The head split scene was my fave… The film takes on an Evil Dead feel during this time and up until the foreshadow-rific climax.

One thing I know for sure, Nispel has an eye for great shots and glossed presentations… If Nispel ever gets a well written script, watch out, cause he will definitely kick-ass with it… Exeter looked good in every sense of the word. Sound was tight and effects were nice and gory. Even the acting by all the relative unknowns was professionally, er, professional. The film was a very solid effort and most of the comedic attempts worked somewhat. It wasn’t as camp funny as Drag Me to Hell, nor was it self-aware amusing like Cabin in the Woods, though I think it tried to be more like the latter. 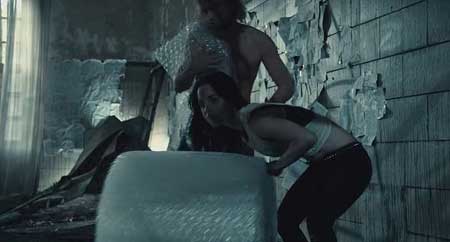 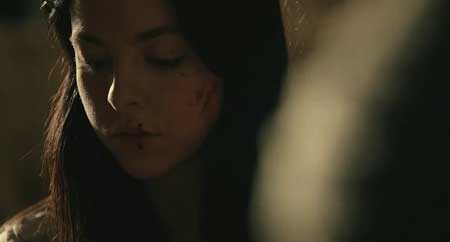 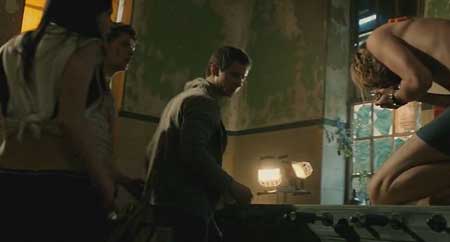 Unfortunately plot conveniences were rife in Exeter and it really annoyed and took me out of the film. The stupid decisions made by the teens were mostly of no concern to me as they were (I bloody hope) intentional by the writers and were somewhat amusing to watch. I will admit that some of these were a little too much to accept (not one person decides to call the cops at all, even though they have full cell and internet coverage), but I went along with it. The plot conveniences, on the other hand, were just too much. For example, we have Possessed Rory, who, while restrained, was able to grab and kill people one moment then the very next unable to move inches due to his restraints. At other times he would leap and attack his friends and bro the moment they untied him but then, and repeatedly, allow them to re-tie him to the bed without even a grunt. There’s also the bit about the spirit suddenly able to possess people on a whim and we also have an odd moment when a couple of the teens decide to leave the asylum and drive for what seems a good distance and time, but once they hit a pedestrian, they are magically only metres from the asylum itself (WTF?!).

Oh, we also have a recreation of the “crab-walk” scene from The Exorcist. You know the one. That scene actually creeped me out in that film when I first saw it—Who am I kidding, it still freaked me out when I watched it while writing this review! Anyway, in Exeter it was nothing more than what I assume was a nod to The Exorcist. There was no purpose to it. No other character was present when it happened, nor did it forward the story or anything at all. It was just… There. 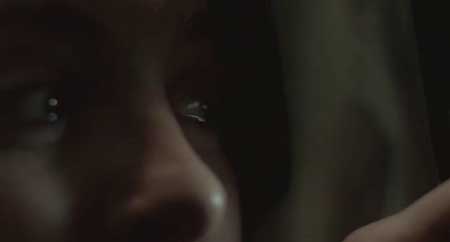 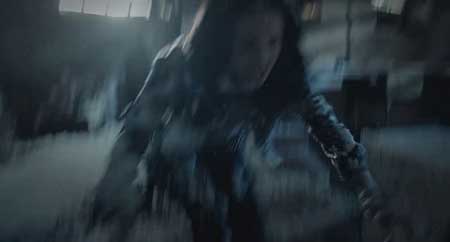 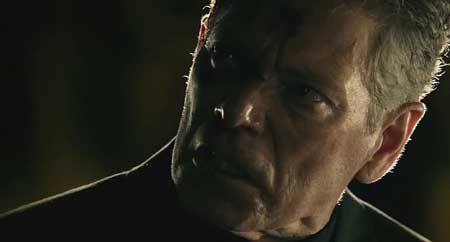 Horror-wise, there were no scares to be had. Suspense wasn’t home either and most likely spent a day at the beach with their life-partner, Thriller. Exeter’s atmosphere wasn’t dark or foreboding to be conducive to anything else but the gore and comedic moments. Not a bad thing, but just a friendly public service announcement for those thinking Exeter will make them shit their pants.

Would I watch this again? No. Though it ticks all the boxes in the looks, sound, acting and gore department, the story was pretty unfocused and I couldn’t see myself revisiting Exeter. This was a one-run affair for me. Would I recommend it? Hmmm, why the hell not? It’s not a terrible movie at all, it’s just an average film. Probably best watched with a group of mates so you can trash talk it with them as your full attention is definitely not required with Exeter.