Home | The End of Humanity Comes to EXTINCTION Sept

The End of Humanity Comes to EXTINCTION Sept 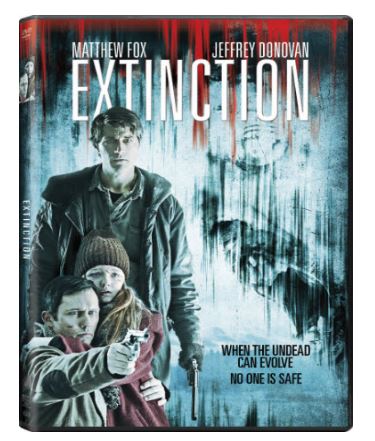 WHEN THE UNDEAD CAN EVOLVE, NO ONE IS SAFE

The end of humanity is the beginning of non-stop action and excitement in EXTINCTION, available on DVD and Digital HD September 1, 2015, from Sony Pictures Home Entertainment. Matthew Fox (TV’s “Lost,” World War Z) and Jeffrey Donovan (TV’s “Burn Notice,” Hitch) team up on screen as survivors of a zombie apocalypse and former friends, who must put aside their differences to stop an attack by terrifying creatures with an insatiable appetite for human flesh. Directed by Spanish filmmaker Miguel Ángel Vivas, who came to global attention for 2010’s acclaimed home invasion horror/thriller Kidnapped, EXTINCTION marks Vivas’ thrilling English-language debut and delivers the kind of explosive action and suspense zombie fans won’t want to miss!

Synopsis: For nine years, Patrick (Matthew Fox), Jack (Jeffrey Donovan) and his daughter Lu (Quinn McColgan) have outlasted the zombie apocalypse by shutting themselves off in the snowbound town of Harmony.  The monsters have seemingly disappeared, with no sign of other survivors, but the constant fear of the unknown is starting to take a toll on this makeshift family.  When Patrick goes scavenging for food, he discovers the undead have returned and evolved into something terrifying, beyond imagination. Will the last breath of the human race survive a second zombie apocalypse?

It has a run time of approximately 110 minutes and is rated R for horror violence, terror and language. 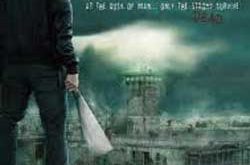