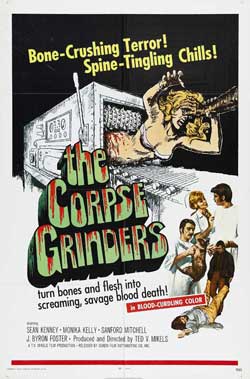 A Gourmet cat food company needs a cheap ingredient to add to its cat food which causes them to turn to a local grave digger and his insane wife for fresh corpse meat to grind up ( get the title now, clever huh ? ). The flesh of the recently deceased cause the docile felines to develop a taste for human flesh and go on a murderous rampage. Can they be stopped or are we all doomed to die at the paws of our four legged friends ?!! Oh the drama , mystery , and absolute terror of it all!!!

If you at all consider yourself one of the select that dedicates itself to trash/gutter cinema than the name Ted V. Mikels should be as known to you as the nose on your very face. Mr. Mikles has plundered the depths of psychotronic cinema for well over 52 years, showing no signs of slowing down anytime soon ( his current film Paranormal Extremes: Text Messages From the Dead being completed ). Mr. Mikels began his career with a very well done and tight little thriller titled Strike Me Deadly (1963) , it wasn’t until the following year with Dr. Sex that he managed to worm his way into the hearts of scum lovers everywhere. It was ,however, the 1971 classic The Corpse Grinders that cemented Mr. Mikels firmly as one of the true kings of sleaze cinema. Corpse Grinders is a filthy trashy little creature feature that wallows in it’s own excess and manages to deliver a film that is traumatizing on a psychological level and instantly re-watchable. 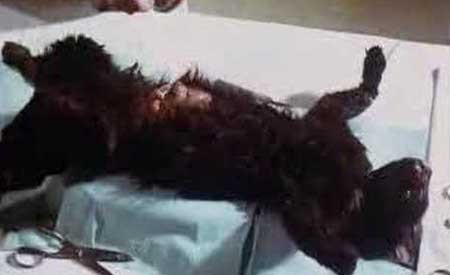 The Lotus Cat Food company decides it wants to save a little money in the manufacturing department and hires out a sketchy old grave digger and his nut job wife ( she carries around a baby doll as caters to it as if it were alive!) to provide the corpses. Unfortunately the cats begin to develop a taste for human flesh and crave it from fresh sources, attacking their owners and shredding their flesh. At the Factory the owner had a giant shredder in the back and prepares the bodies with pork flavored formalydehyde , to give it some extra taste and zip. The factory is not only home to the owner himself but also his whack job wife ( see a theme here ) who is deaf and legless and seems to talk using a very strange form of hand signals. Soon the factory begins to collect living people for it’s special cat food recipes ( homeless people , mostly street bums and winos). Nearby , Dr. Howard Glass is drinking and making out with his nurse Angie Robinson , who has just fed her cat the dreaded Lotus brand. Needless to say , the kitty attacks Dr. Howard Glass prompting both him and Angie to launch their own investigation into the shady dealing over at Lotus. 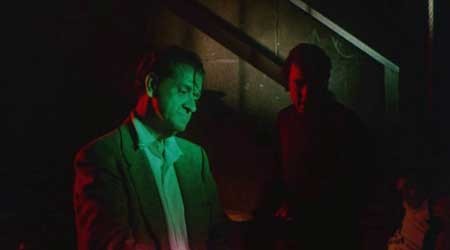 What Mr. Mikels and fellow sleaze fiend and screenwriter Arch Hall Sr. have crated here is a sleaze film that is really more of an exercise in suggestion than anything else. The Corpse Grinders suggests a film packed to the gills with elaborate gore and free flowing blood however the film itself is PG and very little on screen carnage is actually seen with the naked eye. The screen writer is able to shoehorn the mere mention of cannibalistic acts into the fray every once and again so that right off the bat our brains are constantly thinking flesh munching madness. In reality we only see lifeless bodies rushing towards spinning blades of steel and the cat food that squeezes out the other end , Mr. Mikels is able to shoot the entire film in such a sleazy voyeuristic way laced with grotesque dialog in and out that our brain begins to become convinced what we are seeing is truly horrific in nature. 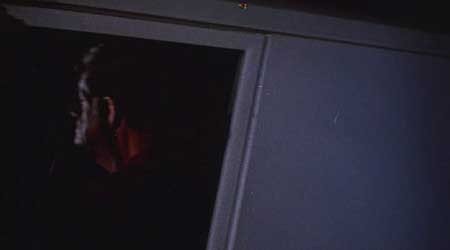 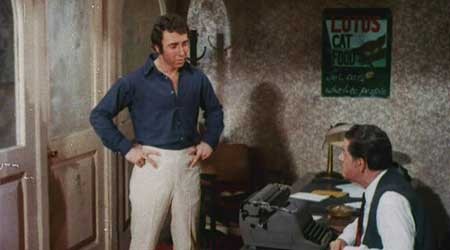 Don’t get me wrong here, Corpse Grinders is in no way the kind of film that you should sit down and cherish with your Aunt Wanda , it is sleazy trash , just not gory sleazy trash. The Corpse Grinders actually has some of my favorite fetish scenes laced among the kitty carnage ,sly nods at sexual degeneration that only kick it up a notch in the kink/filth department. As viewers we get to bare witness to many women in nylon bras and panties with large teased up hair rolling around on polyester furniture until finally savagely attacked by beloved house cats. I call this act, Nylon Rolling, and next to the great Doris Wishman Ted V. Mikels comes in a very close second with this film alone. That’s not slyly subversive enough for you ? Well , how about a little implied necrophilia action ? Yes darlings one of the henchmen from the Lotus company sneers at corpses and even mentions briefly how much he ” hates destroying all that beautiful undead flesh. ” Yes Corpse Grinders IS a veritable whats what of fetish like perversions wrapped up in a sleazy little package of cheap homemade sets , garish make up and even bigger hair. 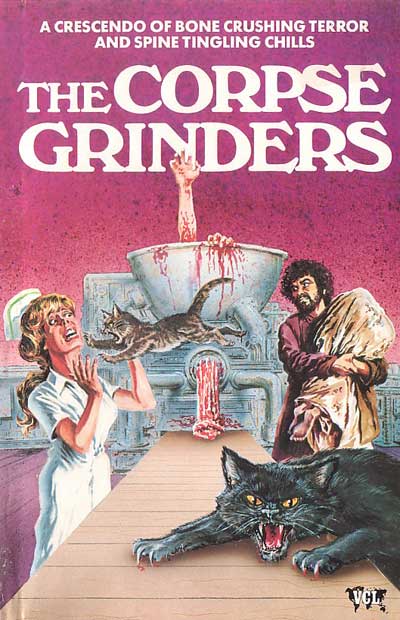 The acting is what to be expected from a film of this era and this caliber the most accomplished of course being Sean Kenney ( Dr. Howard Glass ). Mr. Kenney puts in a somewhat engaging performance as the alcoholic doctor who drinks and screws his nurse while on duty , Sean is very easy on the eyes and able to deliver some very ham boned dialog with ease and gusto. Most of the other cast members are kind of there to be talking props and their actions and weird character traits are much more interesting than the actors that inhabit the roles. 99% of the female characters are either complete whack jobs or half undressed writhing around in terror or extasy on gorgeous 70’s furniture and really what more can you ask for in your on screen female characters ? 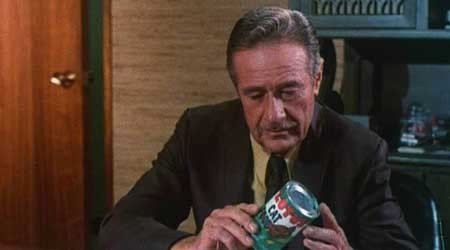 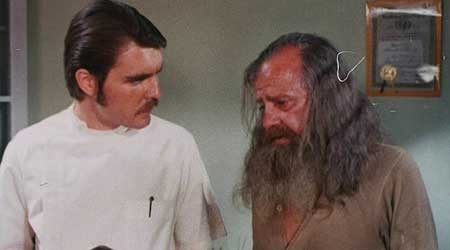 Corpse Grinders truly one of the all time sleaze classics, a filthy movie that implies the filth and perversion which somehow makes it even more unnerving and violating in nature. Ted V. Mikels has created a film that rolls around in its own excrement and decay and that is the very reason why it has stood the test of time as one of the ultra classics in the genre. Stop whatever it is you are doing RIGHT NOW and grab a copy of the Corpse Grinders ….maybe an extra shower sponge as well…tis a bit dirty in there.