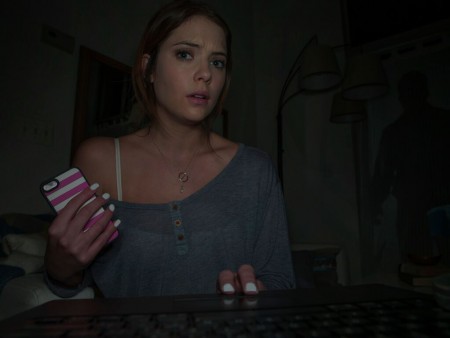 Cyber-thriller starring Ashley Benson premiered at Slamdance and will have its Los Angeles debut at the Los Angeles Film Festival this week.

Written and directed by Kramer, RATTER is based on the short film Webcam, which has been viewed more than six million times on Vimeo. Benson stars as Emma, a graduate student living alone in New York City. She is being watched by a “Ratter” who stalks her by hacking into all of her personal technology–laptop, cell phone, and other web connected devices–to record her most intimate moments. Eventually the video feeds aren’t enough and the stalker moves from the virtual to the physical – with disturbing consequences.

Zac Bright and Marc Bortz of Preferred Content, along with Mette-Marie Katz and Nate Bolotin of XYZ Films and Bethany Haynes of Sloss Eckhouse LawCo brokered the deal on behalf of the filmmakers with SPWA.