The Stanley Film Festival (SFF), presented by Chiller and produced by the Denver Film Society, announced the audience and jury award winners, Birth.Movies.Death Filmmaking Frenzy winners and presented Tom Quinn, co-president of RADiUS, with the 2015 Stanley Film Festival Visionary Award. During his speech at the Stanley Awards Horror Brunch, Quinn referred to SFF as, “… the single most regal film festival, even though it’s a horror film festival. I feel like I’m walking around this country club and then at night it turns sinister.”
The Final Girls, directed by Todd Strauss-Schulson, received the Audience Award for Feature Film. Audience Award for Feature Film runner-up goes to We Are Still Here, directed by Ted Geohegan, which opens at the Denver Film Society’s year-round home, the Sie FilmCenter on Friday May 15.

The Stanley Dean’s Cup showcased 8 short films from local, national and international students. The competition featured a Colorado and International prize, with a $2,500 cash prize to the winning director, funded by The Stanley Hotel. The winner of the Colorado Prize was Moon Studios directed by Merritt Crocker and Inherent Noise, directed by Karol Jurga, received the International Prize.  The Short Film Jury was comprised of Col Needham, founder and CEO of IMDb, the #1 movie website in the world, Jen Yamato, Entertainment Report for The Daily Beast, and Adam Krentzman, Director of Community Outreach CreativeFuture. The Babysitter Murders, directed by Ryan Spindell, was awarded the Jury Award for Short Film and voted the Audience Award winner for Short Film. Special mentions were given to The House is Innocent and The Salt of the Earth.

The Birth.Movies.Death Stanley Film Festival Filmmaking Frenzy challenged filmmakers to create a short film (5 minutes or less) about ghosts. Alix Bannon’s, White Island, was selected as the winner by a jury comprised of Blumhouse Productions’ Ryan Turek, The Daily Beast’s Jen Yamato and SpectreVision’s Daniel Noah. Bannon won a two-night stay in the famed room 217, the room that inspired Stephen King to write The Shining.

Stuart Gordon, the 2015 Stanley Film Festival Master of Horror, described the 4 day horror retreat as the “…scariest Film Festival I’ve ever been to.” Throughout the 4 days, the festival screened over 21 feature films, 6 retro titles and 18 shorts, 8 student shorts with 18 countries represented, while providing a fully immersive experience, thanks to a unique horror immersion game, panels, special events and more.

“This has been a phenomenal year for the genre. We are truly honored to host master storytellers, passionate filmmakers, innovative distributors and dedicated genre lovers throughout our four-day celebration of the finest in classic and contemporary world horror,” says Director of Programming, Landon Zakheim. “We look forward to supporting these macabre artists at our immersive playground for years to come.”

The 2016 Stanley Film Festival Dates will be announced at a later a time.

Synopsis: Max (Taissa Farmiga) and her friends find themselves trapped in the famous 80’s slasher flick that made her late mother a scream queen. The millennial gang joins the throwback camp counselors with raging libidos (featuring a standout performance from WORKAHOLICS’s Adam DeVine) to battle the psychotic killer.

Synopsis: A dark and stormy night. An innocent babysitter all alone. An escaped psychopath out for blood. You know how this story will play out… Or do you?

Synopsis:  A dark and stormy night. An innocent babysitter all alone. An escaped psychopath out for blood. You know how this story will play out… Or do you?

Synopsis:  A great song is a living thing.

Synopsis:  A girl who comes to the house of an old, disabled soundman. The mysterious frequencies he produces guide her to a grizzly discovery.

Stanley Film Festival:  Set at the notoriously haunted and historic inspiration for Stephen King’s THE SHINING, The Stanley Film Festival showcases the best in classic and contemporary horror cinema at the Stanley Hotel in beautiful Estes Park, Colorado. Operated by the Denver Film Society, the festival is a labor of love dedicated to crafting a more interactive experience for genre filmmakers and fans. Presenting emerging artists and established luminaries within the genre, the four-day event features live shows, installations, industry panels, the “Stanley Dean’s Cup” student film competition, and spooky secrets within a frightening, yet elegant atmosphere that can function as a true horror summit for all.

The Stanley Hotel: Famous for its old world charm, The Stanley Hotel boasts spectacular views in every direction and is less than six miles from Rocky Mountain National Park. Multi-million dollar renovations have restored this 155-guestroom hotel to its original grandeur. Listed on the National Register of Historic Places and member of Historic Hotels of America; only an hour away from Denver, it is ideal destination for a Colorado getaway.

The Stanley Hotel opened in 1909 and it was just two years later that chief housekeeper Elizabeth Wilson was injured in an explosion while she was lighting acetylene lanterns in room 217. She survived the incident, but guests have reported sensing her presence in the room ever since. Other guests have reported lights flicking on and off, doors opening and closing and laughter and footsteps when no one else is around in other rooms and facilities throughout the hotel. The Stanley Hotel is consistently ranked the #1 haunted hotel in the world.

is an entertainment brand dedicated to delivering round-the-clock scares with its commitment to producing diverse and high-quality horror content.  Chiller’s eclectic slate of adrenaline-fueled, soul-stirring entertainment includes a broad offering of original movies and specials, genre films, documentary and reality shows (Fear Factor) and some of the most thought-provoking and suspenseful series ever on television (The River, Dead Like Me, Tales from the Darkside, Outer Limits).  With its recently-created Chiller Films initiative, Chiller also produces feature films for select theaters and On-Demand.  Chiller network is currently available in over 42 million homes.  To learn more, visit: www.chillertv.com. Chiller. Scary Good.

The Denver Film Society: Founded in 1978, the Denver Film Society (DFS) is a membership-based, 501(c)(3) nonprofit cultural institution that produces film events throughout the year, including the award-winning Starz Denver Film Festival and the popular, summertime series Film on the Rocks. With a vision to cultivate community and transform lives through film, the Film Society provides opportunities for diverse audiences to discover film through creative, thought-provoking experiences.

The permanent home of the Denver Film Society, the Sie FilmCenter, is Denver’s only year-round cinematheque, presenting a weekly-changing calendar of first-run exclusives and arthouse revivals both domestic and foreign, narrative and documentary – over 600 per year, all shown in their original language and format. DFS’s one-of-a-kind programs annually reach more than 200,000 film lovers and film lovers-in-training.

Grand Heritage Hotel Group: Founded in 1989 by John Cullen, Grand Heritage Hotel Group is one of the nation’s premier owner operators of independent luxury hotels and resorts. Its properties are sought-after destinations that offer consistent luxury, quality and exceptional surroundings. Several Grand Heritage properties enjoy prestigious distinction as designated Historic Hotels of America. The company prides itself on the vision and strategic expertise of its leadership. Highly innovative and experienced professionals collectively boast more than 50 years of hands-on experience in all aspects of the hotel and hospitality business and are recognized for imaginative and entrepreneurial style. Grand Heritage owns and operates hotels in North America; it also operates Grand Heritage Hotels International Brand, which has a number of properties in Europe, The Middle East, India and North Africa. 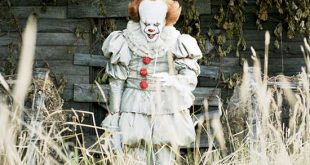 Head to HBO for the SCARIEST HORROR MOVIES Streaming October 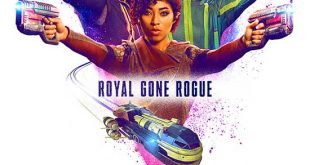 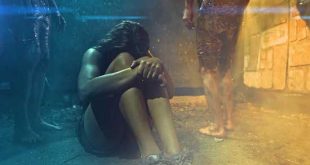