Home | 13 Films Talks Details on EVERY GOOD BOY DOES FINE

13 Films Talks Details on EVERY GOOD BOY DOES FINE 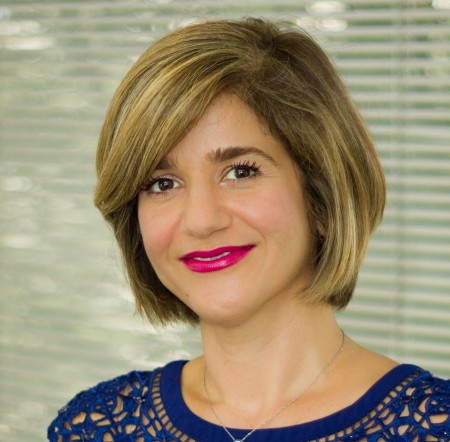 EVERY GOOD BOY DOES FINE will be directed by emerging Finnish filmmaker AJ Annila (JADE WARRIOR, SAUNA) who makes his English language feature film debut on the project. 13 Films’ Tannaz Anisi is executive producing the thriller and representing international rights. Slated to start shooting in July this year, Anisi will introduce the film to buyers at the Cannes Film Market.

Written by Jonathan Dees, EVERY GOOD BOY DOES FINE is a taught thriller about a young boy Brian, verging on adolescence, a little angry, and quite possibly a piano prodigy. But he hates practicing and playing, that is, until he meets music professor, Mr. Anderson. Elegant, sophisticated, brilliant, Mr. Anderson fixates on Brian and recognizes the untapped potential in the boy. He becomes Brian’s mentor and the father figure he needs. If only Brian didn’t increasingly suspect that Mr. Anderson is the serial killer that has been targeting musicians. A classic cat-and-mouse story, EVERY GOOD DOES FINE is about artistic perfection, unrealized dreams, and the terror that can sometimes come with finding one’s voice.

“We’ve been working hard on this project for several years and are thrilled that it has attracted such a talented group of artists to bring it to life,” said Jana Edelbaum.

“EVERY GOOD BOY DOES FINE is an original, sophisticated script full of suspense which is the perfect fit for helmer AJ Annila who has a unique visual style and loves to experiment with different genres. The producers have assembled a talented cast with Michael Nyqvist and Famke Janssen who both have appeared in successful studio franchises and bring commercial appeal to the project,” said Anisi.

Michael Nyqvist is most recognized internationally for his role as Mikael Blomkvist in the original Swedish THE GIRL WITH THE DRAGON TATTOO trilogy with Noomi Rapace. He was last seen by audiences in Lionsgate’s critically acclaimed film JOHN WICK co-starring Keanu Reeves and Paramount’s MISSION: IMPOSSIBLE – GHOST PROTOCOL opposite Tom Cruise. Mr. Nyqvist is repped in Sweden by Agentfirman Planthaber/Kilden/Mandicand and in the US by Authentic Talent.

Famke Janssen has successfully balanced her career between studio blockbusters such as the X-MEN and TAKEN trilogies, and independents with notable directors, including Woody Allen and R‎obert Altman. She can currently be seen on Netflix’s horror thriller series HEMLOCK GROVES, executive produced by Eli Roth and is repped by ICM Partners and Brookside Artists Management.

Finnish director AJ Annila made his feature film debut with the action Kung Fu film JADE WARRIOR starring RUSH HOUR 3’s Jing Chu Zhang which world premiered at the Toronto International Film Festival and had a US release via Lionsgate. His sophomore feature, horror film SAUNA, screened in multiple film festivals worldwide including Toronto and the Sitges International Film Festival and was released by IFC Films domestically. He is repped by ICM Partners and Echo Lake Management.

The US producers are partnering with Frederik Zander of the Swedish post production house, The Chimney Group and with Jesse Fryckman of Solar Films in Finland.

13 Films will also bring the documentary feature film PUMP to international buyers in Cannes. The film is an inspiring, eye-opening look at America’s addiction to oil, from its corporate conspiracy beginnings to its current monopoly today, and explains clearly and simply how we can end it – and finally win choice at the pump.

Boosting its sales ranks as the company continues to expand, Anisi will be supported by newly appointed Director of International Sales, Juliana Lubin and existing Director, Jae-woo Kim.

Lubin joins the company from The Exchange where she was Manager of International Sales for nearly two years. Prior to The Exchange, she worked at Verve Talent & Literary Agency and holds a BS in Business Management from the University for the Humanities in Moscow, Russia.

Tags EVERY GOOD BOY DOES FINE