Horror Funding: Dracula: The Last Voyage of the Demeter 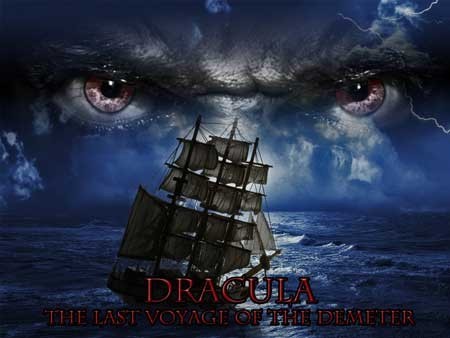 Dracula: The Last Voyage of the Demeter is a 60 minute cinematic audio drama. It was written by Daniel Lacey and will be released through EverybodyElse Productions.
Based on the Captain’s log in Bram Stoker’s novel, it tells the story of the crew of the Demeter, a Russian schooner, who unknowingly transport Dracula from Varna to Whitby.
We aim to bring to life these events which appear either all too briefly on screen, but most of the time not at all. We feel it is a rich part of the book that, if done correctly, would be dripping with atmosphere, dread and paranoia. The thoughts and feelings presented here will be inspired by the claustrophobic and paranoid feeling we witness in John Carpenter’s The Thing.
Dracula: The Last Voyage of the Demeter is currently being funded via Kickstarter, our intended goal is £5000 which will cover all costs of a production of this size. We already have 3 actors who have agreed to star. These are Robert Whitelock (Doctor Who, Misfits, The Hour) Aaron Neil (Doctor Who series 9) and David Bickerstaff (I, Davros, The Scarifyers). Everybodyelse Productions have previously worked with Big Finish (Doctor Who) and Hammer Horror (Hammer Chillers) and last year released their first original audio drama, Osiris. Osiris has been greatly received and appeared in Vector as the best in Sci fi audio in 2015. The company is owned by Marton Johnson.
The Kickstarter campaign ends on Monday the 27th April at 1pm
kck.st/1EfO57r
Share

Tags Dracula: The Last Voyage of the Demeter