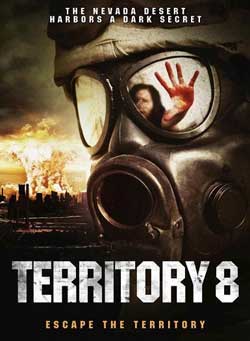 After a chemical weapon explodes in the Nevada desert, two scientists have to work together with the survivors to stay alive and escape.

If only that was all I had to write here, friends. To be fair, our latest for consideration is a Hitchockian masterpiece comparatively, but remains another weak entry in the viral outbreak catalogue. This specific division of our humble genre fails so much more often than it succeeds regardless of budget or talent involved, it’s a mystery why anyone bothers making them in the first place. Yet they still keep coming, like that relative you pray won’t show up at the family reunion. You just know Uncle Bernie will be there, however, stripper girlfriend and case of cheap brew in tow.

Our allegorical Uncle Bernie this time around is “Territory 8,” a plodding thriller from writer/director/editor Kelly Schwarze. Devoid of any true suspense barring the soundtrack cues, it nevertheless offers an intelligent and humanistic take on the usual hodgepodge of shady corporate talking heads, desperate survivors and possible global devastation customary to these features. With sturdier performances and additional focus on the immediacy of the situation, this link would likely read differently. It certainly wouldn’t have begun with a direct  likening to utter twaddle, that much is certain. 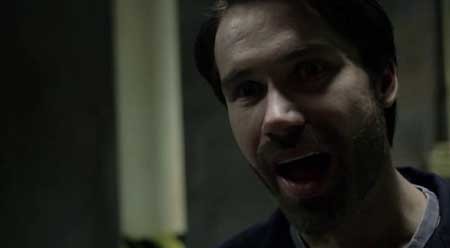 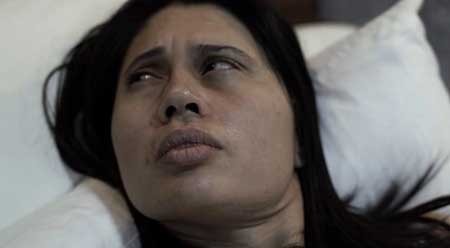 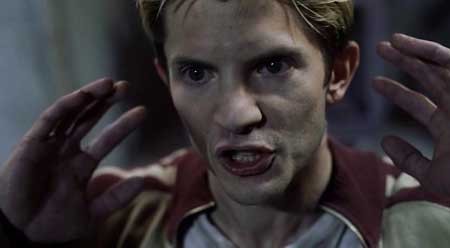 Composer and actor Michael Tushaus stars in his first major role as Eli Dolton, a cytologist (“I study plants” is his explanation of the field) toiling in a research facility that resides within the titular quarantined zone in northern Nevada. Three months prior, a lab explosion in the vicinity caused the accidental release of White Agent, a chemical weapon manufactured by the company Hawthorn Wallis for what we can only assume are not altruistic purposes. Its creator Tao Xing (Heung Wong) is also present, although his exact purpose is never fully realized. Aside from a pointless subplot involving the Chinese military that goes nowhere before a swift conclusion, he primarily hangs around in a morose state for the first half of the brief 77-minute runtime.

Eli’s experiments on the local vegetation have finally started to warrant results, as the effects of the contamination are reversing in the plants. This could be the breakthrough they are striving for and the genesis of a cure for those infected. Believing that everyone within the area had perished in the initial blast thanks to those conspiring rascals in charge, the scientists are shocked when the dehydrated Beth (Justy Hutchins in one of the few admirable portrayals) turns up outside from a village miles away, searching for safety. Xing proclaims that she is deep in the throes of “Stage 3” (I don’t know what the hell that means either but it’s bad), and wants to synthesize a treatment from Eli’s findings. 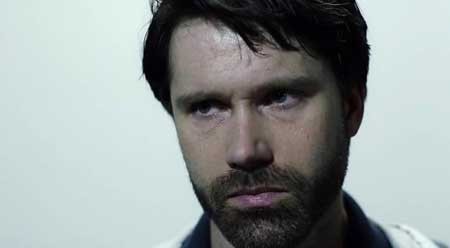 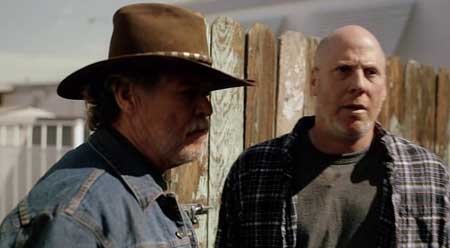 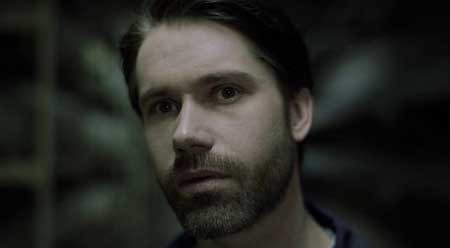 Beth isn’t the only member of the community still kicking around this mortal coil. With many of their own dying and unable to vacate on account of heavily guarded perimeters, a band of armed citizens is formed when they discover the facility and decide to infiltrate in hopes of contacting the outside world for help. Stu Chaiken and Colin Ward, both instantly recognizable from commercial appearances, portray the bickering leaders of the renegade group, Sean and Victor. Sean wants to go in with guns blazing, feeling all involved with the calamity deserve swift and brutal retribution. Victor disagrees, wanting no further lives to be lost.

Once the homespun vigilantes take over the building, “Territory” picks up the pace but loses cohesion in the process. This is one of those films in which it’s nearly impossible to discern where anyone is in relationship to one another, and the climax dissolves into people running around, shooting and punching anyone not on their sides. Victor develops the omnipotent ability of being able to materialize at precisely the right time, saving Xing not once but twice as he is nanoseconds from the sweet hereafter. 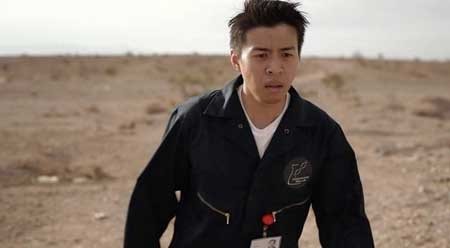 I hate putting forth this grievance against low-budget productions, but a major weakness lies with Tushaus and Wong in the leads. Both are obviously unseasoned thespians, and their wooden deliveries and unchanging expressions distract from the already torpid momentum, especially in the many scenes involving only the two of them. Tushaus fares better, but Eli is a far less tricky part to pull off than the self-loathing Xing. In Wong’s favor, he steps up his game when alongside more accomplished performers such as Ward, who initiates a lovely moment between Victor and Xing by offering the captive his last cigarette. 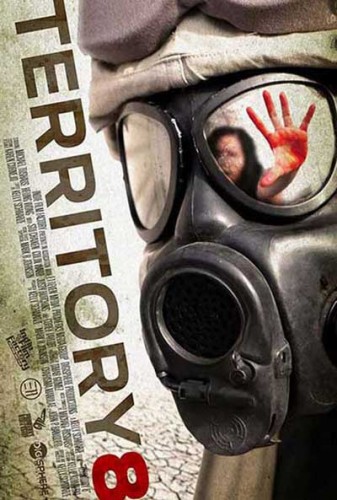 It isn’t all their faults. Schwarze never relays any sense of the danger that is evident onscreen in either execution or dialogue, creating a bland milieu reminiscent of the dreary 1970’s made-for-television disaster flicks that are only worthwhile when ridiculed with stoned friends decades later. The finale, as Eli (not a spoiler, we know he lives at kickoff) testifies before a Senate committee, dooms this to the same fate. If it’s lucky.

The overall benevolent tone is a facet not often found in movies of this variety, which tend to lean more heavily toward the pessimistic side of such issues. If faith in the human race was reason enough to champion, “Territory 8” would be the unbridled indie hit that it never was. But, perhaps I’m being jaded. I blame “Toxin” for that.