Jon Bernthal, Richard Armitage and Tom Holland have joined the cast of the Irish action-thriller PILGRIMAGE, which will be directed by Brendan Muldowney this spring in Ireland and Belgium. The film was written by Jamie Hannigan and will be produced by Conor Barry and John Keville of Dublin-based production outfit Savage Productions and Benoit Roland of Wrong Men North. XYZ will executive produce and handle worldwide sales rights. WME Global is co-representing the U.S. with XYZ. 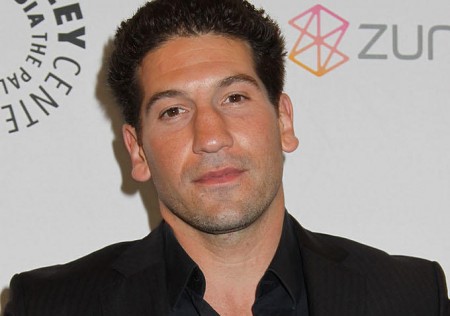 The film is scheduled to commence production in April 2015 and shoot for over seven weeks on the West Coast of Ireland and the Ardennes Region of Belgium.

Set in 13th century Ireland, PILGRIMAGE follows a small group of monks as they undertake a treacherous pilgrimage to escort their monastery’s holiest relic to Rome. But, as the true material, political and religious significance of the relic is revealed, the group’s journey becomes increasingly fraught with danger. Ultimately, the faith that binds the men together threatens to be the very same thing that will tear them apart.

Bernthal has enjoyed success as a series mainstay on “The Walking Dead,” in addition to recent prominent roles in David Ayer’s FURY and Martin Scorsese’s THE WOLF OF WALL STREET. Bernthal is also featured in ME AND EARL AND THE DYING GIRL, which swept the top awards at Sundance and was acquired out of the festival by Fox Searchlight.

Richard Armitage is a classically trained English actor best known for his role as Thorin Oakenshield in Peter Jackson’s film trilogy adaptation of THE HOBBIT, as well as his roles in television dramas “Robin Hood,” “Spooks,” and “Strike Back.” He most recently finished playing the lead in Arthur Miller’s modern drama, “The Crucible” at The Old Vic Theatre, a performance for which he has been nominated for “Best Actor” at this year’s Olivier Awards. He’s also set to appear as a series regular in the popular television drama “Hannibal.”

Tom Holland is an English actor best known for starring alongside Ewan McGregor and Naomi Watts in Juan Antonio Bayona’s THE IMPOSSIBLE.  He will next be seen in Ron Howard’s IN THE HEART OF THE SEA opposite Chris Hemsworth, Cillian Murphy and Brendan Gleason.  Tom also starred in Kevin McDonald’s HOW I LIVE NOW and LOCKE. Holland got his start playing the title role in Billy Elliott the Musical in London.