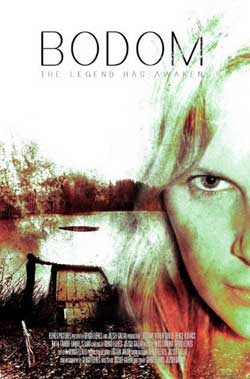 For the 50th anniversary of the Lake Bodom murders, two media students obsessed with the case launch a journalistic investigation. The footage they have left behind only raises new questions.

In 1960s Finland whilst camping at Lake Bodom, four teenagers were attacked in the early morning. Only one of them, Nils Wilhelm Gustafsson, would survive, growing up to be eventually accused of the murders in 2004. Nils was found not guilty in 2005; the real killer has never been found. Like Jack the Ripper and Lord Lucan, conspiracy theorists and amateur detectives have stroked their chins and wondered aloud about what really happened to Nils and his unfortunate friends all those decades ago. Some might say this true story of horror was ripe for cinematic retelling. Well, someone got there before you. Let me introduce you to Bodom, a Hungarian horror film from directors Gergö Elekes and József Gallai (Interjú)

Vivien Turzó and Bence Kovács play Annikki and Pietari respectively: two media students making a pilgrimage to Lake Bodom to record an investigation into the murders now into their 50th anniversary. Things inevitably go awry and they were never seen again. Ostensibly a found footage film, Bodom hangs the narrative onto a documentary format where the footage is interspersed with family and friends discussing the duo and their disappearance.

It’s a decent enough premise that allows us to skip over that minefield of why someone is presenting this footage to us in the first place. In addition, it allows Bodom to provide exposition without relying on our main characters implausibly having to provide it whilst sitting around the fire with their cameras on for no apparent reason.
In the second half, Bodom becomes less interesting when the ‘documentary’ allows the found footage to speak for itself.

By doing this, all we’re left with is a large part of the film held hostage by shaky cam, things happening off screen and fighting. Oh, so much fighting! The narrative establishes early on that Annikki and Pietari don’t get along. However, to ensure you’ve really taken note of this dynamic, having written it on A3 paper in size 42 font, Bodom exposes its audience to numerous arguments between the two. Whilst the cause of the conflict is revealed in the film’s dying breaths, it doesn’t justify the constant fallings-out. Clearly the idea is that these scenes will ratchet up the tension, but they actually fall under the diagnosis of bipolar as our two ‘heroes’ share a laugh and bicker with each other almost in the same breath. At times it can feel headache inducing and frustrating, and often I did everything in my power not to reach through the screen and throttle the pair of them.

Bodom never really answers the mystery of what happened to our quibbling duo. Instead, like any good documentary, it revels in frolicking in speculation and red herrings. Why does Annikki suffer from seizures? What’s with the rattle left on their doorstep?

Who is that stalks them at night? Not all these questions will be addressed, let alone answered. Unless you count the fourth wall breaking ending that throws the whole documentary pretence under a bus. It’s a deeply unsatisfying conclusion and yet maybe that’s the point. Resolutions, in real life at least, are not always neat. Sometimes there will always still be loose threads. The problem comes from the massive info dump Bodom performs towards the end; ignoring what came before to bring up a series of seemingly unrelated phenomenon. Had they been threaded through the film from the beginning, maybe they would have added something to the narrative. Unfortunately, they hang limp and impotent. 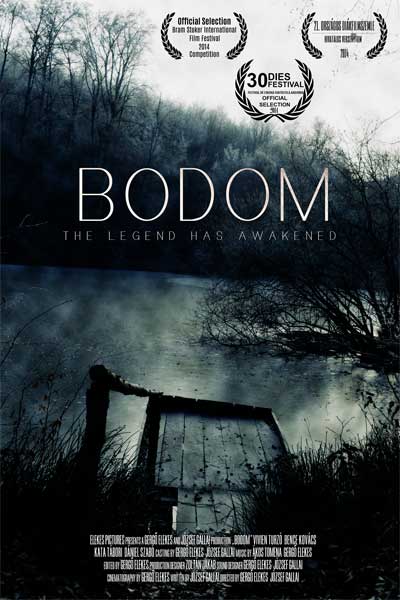 All of which is a shame because when bodom starts off it promises to be a spine-tingling horror in the style of The Last Broadcast; a frankly brilliant film. By the time the credits roll, the sense of intrigue and apprehension is replaced with a massive shrug. As they say, if you go down into the woods today, you’re sure of a big surprise. Bodom is not it.