Hammer Films returns with the first theatrical horror film for 2015, The Woman in Black 2: Angel of Death continuing the creepy ghost tale started in The Woman in Black a few years back. The grue-crew jump into the deep end of the marsh to wade threw the jump scares and creepy athosphere to bring you their reviews of the film from director Tom Harper starring Phoebe Fox.

Dave shares the horror news of the week with news about Ant-Man, Goodnight Mommy and Plan 9. Doc and Santos take a look at the NC Independent horror film Pieces of Talent.

Co-hosts Doc Rotten, Santos (The Black Saint) Ellin Jr., Dave Dreher, Thomas Mariani and Vixen, the voice of reason, are back again this week to give you the best in horror as they recap, review and obliterate all that is horror this week! Also, hang tight for news of the latest HNR contest teaming up with Diamond Select Toys, insane. Also returning this week, Stump the Saint!

What happens when there is very little “Woman in Black” in The Woman in Black 2: Angel of Death movie? According to Thomas and The Black Saint, “Ample time to take a nap.” For many of the grue-crew, the Hammer sequel proves to be a snooze-fest; while for a few on the show and for Mrs. Dreher (co-host Dave’s better half), the film offers some entertaining Gothic horror romance. Listen and decide for yourself…does the first horror film of 2015 have anything to offer? 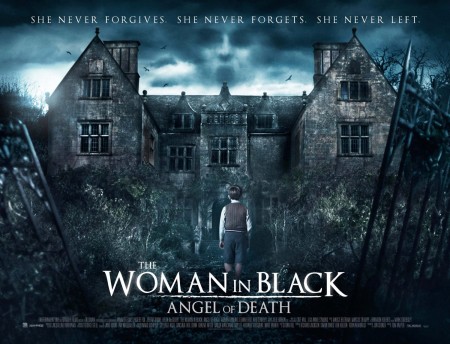 What Have You Been Watching: Pieces of Talent

Based on a recommendation of HNR listener and fan, Donnie H., Doc reviews the independent horror feature from North Carolina film maker Joe Stauffer. High praise for the director, the cinematography and for the film’s stars: David Long and Kristi Ray. The Black Saint backs Doc up with news that the film won multiple awards at the New York City Horror Film Festival in 2013 including Best Director and Best Screenplay.

Horror News Radio is celebrating the new year 2015 with a kick ass giveaway from Diamond Select Toys. The winner will get to choose one prize from a trio of sensational licensed horror-themes vinyl banks: Michonne from The Walking Dead; the Metaluna Mutant from Universal Monsters; or, the Xenomorph Egg from Alien. Entries will be accepted until Midnight (Eastern Standard Time),  January 18, 2015. All you need to do is complete the The Black Saint’s HNR Horror Trivia Question at this link. The Diamond Select Toys Vinyl Bank giveaway is open to US addresses only. 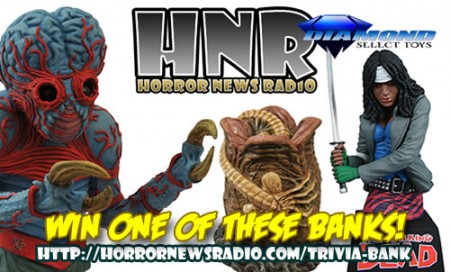 Doc steps in to bring you the Horror News of the Week with news of the ant-sized marketing from Marvel and Disney for Ant-Man. Sad news for Chris Carter as Amazon has cancelled “The After” even before it premieres. If you like your trailers creepy, check out Goodnight Mommy. David Cronenberg says we all suck. Do we? Really? Plan 9 is on its way with a kick-ass trailer leading the way.

Thanks to Jeff M., Warfarmer and Donnie H. for sending in their HNR feedback. You guys rock! And great appreciation to Karissa for her wonderful contribution to  HNR Patreon. 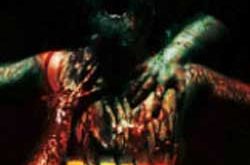 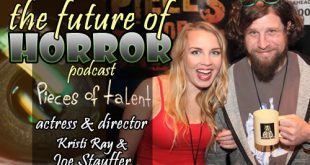