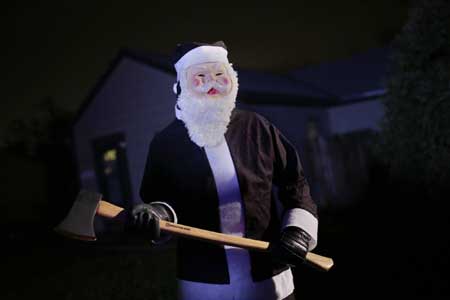 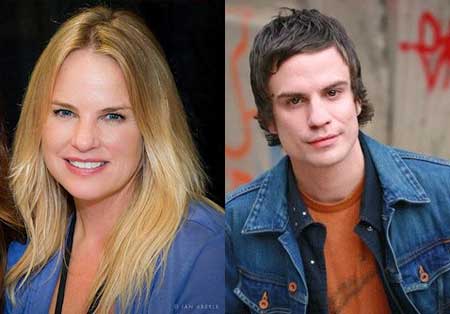 Synopsis:
After a death in the family, siblings Angelica and James Zacherly travel to the small town of East Willard on Christmas Eve to pay their respects. They stay at a homely bed and breakfast where they learn the legend of Black Peter, Santa Claus’ vengeful brother. But when they find the lost journal of Jeffrey Butler, they discover the town has its own sordid history – one more rooted in reality.
When the dark reflection of St. Nicholas emerges and begins to punish the eccentric townsfolk, the visitors find themselves in the middle of the mystery. Who is doing the deeds? Is Black Peter real? Or is the truth closer to home? If they don’t find out and put a stop to it, Christmas Day will turn to Garbage Day while the bodies pile up in a bloody heap.
The cast principles are Julia Farrell (Cheerleader Camp: To The Death) and Luc Bernier (Astro Zombies: M3). Supporting cast members include Pete Lipins, Jennii Caroline, Jeanne Kern, Rich Kern, Mike Crawford, Breana Mitchell.

Guest star Jennifer Runyon Corman survived one of the very first Christmas slashers, David Hess’ To All A Good Night, and went on to several roles including Ghostbusters and A Very Brady Christmas and Jeff Dylan Graham is an acclaimed independent actor best known for Fell, Seed 2 and Witchcraft XI.

Silent Night, Bloody Night 2: Revival is directed by Dustin Ferguson from a screenplay by John Klyza. John Altyn produces and Wetworks SFX handle the ample gore.
You won’t have to wait till Christmas next year… Retrosploitation will distribute early in 2015.
URL: www.retrosploitation.com
Share