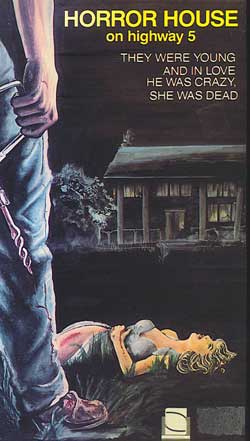 A van full of college students traveling down a highway is terrorized by a psycho killer in a Richard Nixon mask.

Ok kids….this is gonna be a bit hard to follow, but let’s see how it goes. We have four college students working on a project for an on-line class. The professor (Phil Ward) conducts the class by video conference. The project the students are working on has to do with urban legends and propagation of myth through social media.
Everyone with me so far?

Clementine (Joanna Bartling) has a thing for ghosts. Her father died before she was born and has some unresolved issues concerning that. Elmira (Misty Madden), an apparently clairvoyant student , is a bit flaky. Our handsome male lead, simply called Mullet (Brian Papson), appears to be in the class for an easy A. And lastly, we have Croatian exchange student Joe Nick (Seam McCracken) who speaks poor pidgen English and has a thing for Elvis Presley. 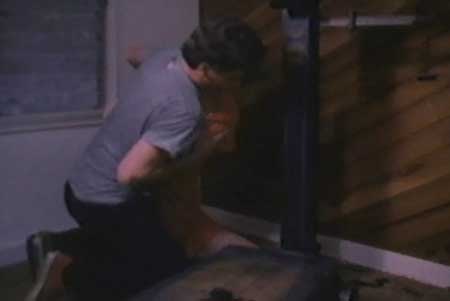 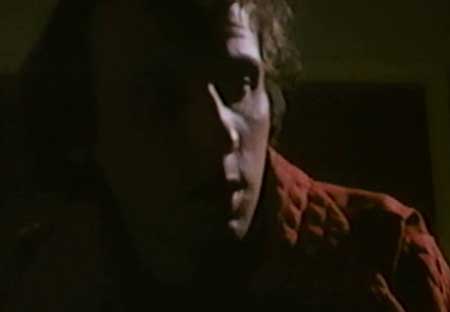 The class has decided to look into a local legend concerning an evil house. The story goes that four students went to do just the same thing some years ago and were never heard from again. Oh, and apparently the professor has a twin brother that lives in the area of the evil house.

so on the road to the “evil house”, they stop at a gas station to film a bit of footage with a local called Lucky (Michael Castagnola). Lucky blows off the entire legend, sharing the myriad versions of the story as he has heard them over the years. He even goes so far as to claim the house doesn’t even exist.

Meanwhile, Mullet rolls into the gas station to hit up the soda machine, which takes his money and refuses to give up the merchandise. Don’t you hate when that happens? Well, Mullet shoves his hand in the machine (like you do) and cuts himself pretty good. He also manages to knock something heavy off the top of the machine and Elmira gets knocked in the head, which sends her into a bit of a meltdown. 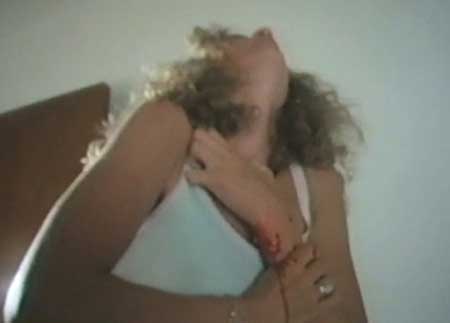 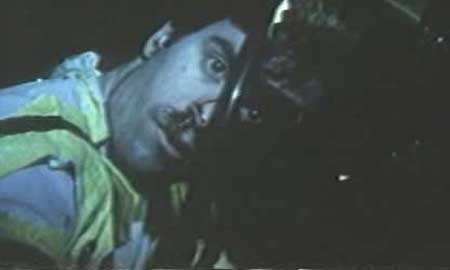 Apparently there is no hospital anywhere near where they are, but Lucky directs the group to a local doctor (William D Caldwell).

This is where things get a little confusing and a bit surreal. For the sake of not giving spoilers, I’m not sure if I can summarize much else of the story without giving a lot of it away. There are a lot of things I haven’t even mentioned here that are presented in the first half hour.

In fact, there are so many threads and bits of information thrown at the viewer in that first 30 minutes that it’s hard to keep track of what’s going on. The story does settle down after a while, and If one pays attention, things start to make some sense.

This film has all the look and feel of classic grindhouse-style horror : the grainy film footage, the minimal blood effects, and some not-so-awesome blue screen stuff. I can’t be sure if that was done on purpose or if the film is just low budget. I like that I don’t know.

I also really like the use of modern context for a standard horror trope. We’ve seen the Scooby Doo “hey let’s check out the haunted house” thing many times over. Somehow, I’ve yet to see a lot of films do it in quite the way this one does. It feels old and new at the same time. 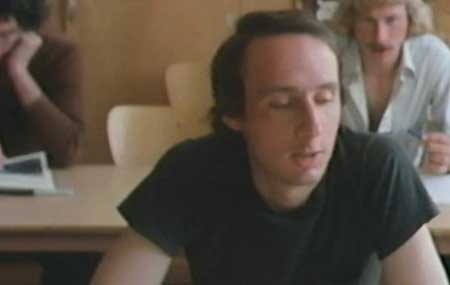 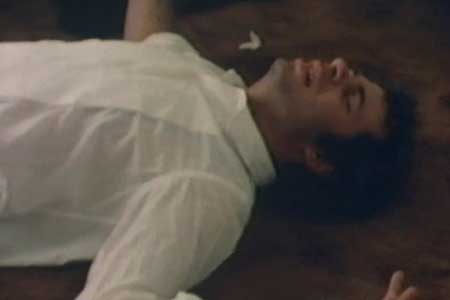 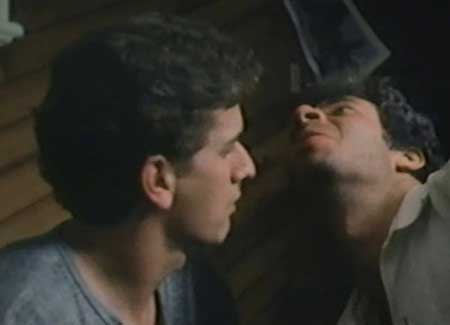 The acting is quite good. All the actors seem to be having a pretty good time, and I have to mention Brian Papson and Sean McCracken’s performances as real stand-outs. I would also like to mention some of the supporting characters, specifically Lucky the gas station attendant, Uncle Mac (played by Alan Ehrlich), and the doctor’s assistant (played by Frank Gangarosa). There is also a random character played by Patrick Mahoney that I have no idea what he has to do with anything, but he was awesome to watch. Some really crazy stuff comes from these side characters. I’m not sure if I quite figured some of that stuff out yet.

Interestingly enough, as I was looking up the IMDB on this film, I came across another listing, Horror House on Highway 5, made in 1985. I had to know, and sure enough the writer/director on both films is Richard Casey. This is another chapter in an anthology he started over 25 years ago. I checked it out, and he even references the original all throughout this one. I can get behind that.
I didn’t hate this film, but I’m not sure if I loved it. It was pretty good overall, even with the confusion. It might not be for everybody.
On a scale of one to ten, ten being awesome, I’m giving this film 7 hats. 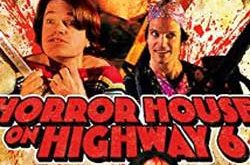