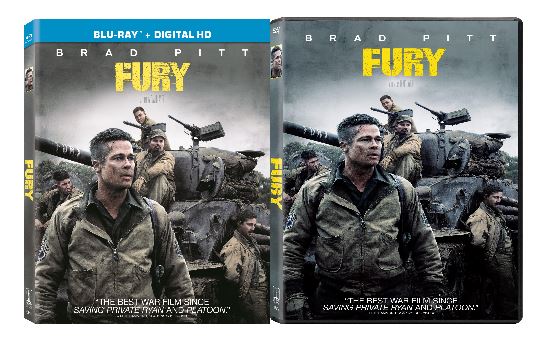 Bonus features include more than 50 minutes of deleted and extended scenes, including “Wardaddy’s Backstory,” as well as four behind-the-scenes featurettes that put viewers in the driver’s seat of a tank.

April, 1945. As the Allies make their final push in the European Theatre, a battle-hardened army sergeant named Wardaddy (Brad Pitt) commands a Sherman tank and her five-man crew on a deadly mission behind enemy lines. Out-numbered, out-gunned, and with a rookie soldier thrust into their platoon, Wardaddy and his men face overwhelming odds in their heroic attempts to strike at the heart of Nazi Germany.

FURY has a run time of approximately 134 minutes and is rated R for strong sequences of war violence, some grisly images, and language throughout.