Breaking Glass Pictures and Pathfinder Films are partnering for the release of Dana Schroeder’s sci-fi thriller Alien Rising starring Lance Henriksen (The Terminator, Aliens), Brian Krause (Charmed, Another World) and John Savage (The Deer Hunter, Hair). Alien Rising is the story of a savvy ex-homeland security agent and martial arts expert is forced to a remote island to help the military unlock the secrets of an extraterrestrial technology. Alien Rising will be released on VOD (iTunes, Cable VOD, Amazon Instant) on December 2, 2014 and DVD January 20, 2015.

Lisa Morgan (Hathaway) is an ex-homeland security agent and highly competent martial artist who gets drawn into the nefarious plans of the egomaniacal Colonel Cencula (Henriksen). He runs a top-secret research facility, buried in an extinct volcano on an uncharted tropical island. Cencula plans to use alien technology to build an army of drone soldiers. Morgan becomes an unwitting accomplice to the rogue Colonel’s plans until she discovers the true nature of the research. She must stop him from succeeding at all cost. 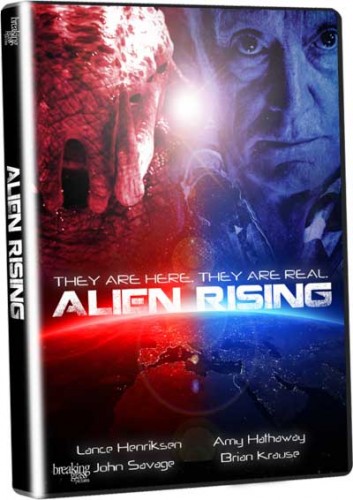