Unearthed Films is proud to present MORRIS COUNTY. Award-winning writer/director Matthew Garrett (Beating Hearts) presents a trilogy of thematically connected stories as gruesome as they are tragic and heartfelt. In a performance praised by both Fangoria and Rue Morgue, Darcy Miller is Ellie, a damaged teenage girl harboring a terrible secret. Through the course of one traumatic day we learn what led this innocent girl down a path of self-destruction from which there is no return. In The Family Rubin, an upper middle-class Jewish family struggles to keep up appearances as their seemingly perfect life begins to crack at the seams. Albie Selznick (Ricochet, The Young & The Restless) leads an ensemble cast in this shocking and heartbreaking take on the destruction of the modern American family. 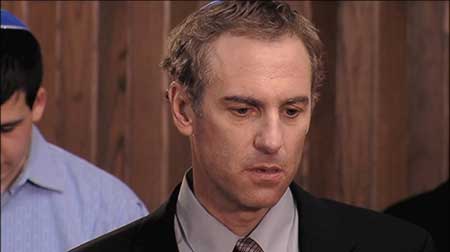 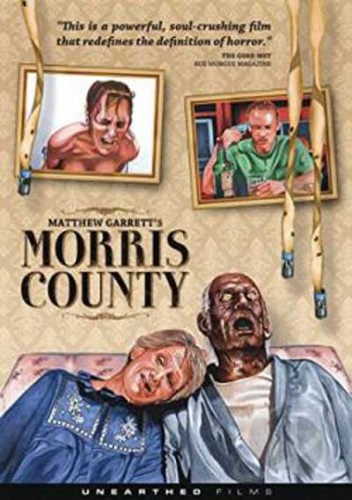 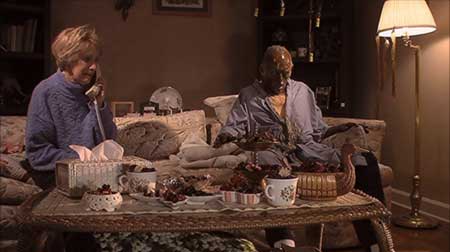 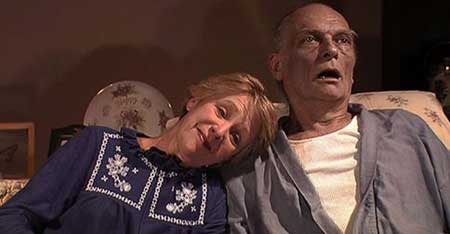 Elderly Iris is laid off in Elmer & Iris, forcing her to join her curmudgeonly husband in early retirement. When Elmer suddenly dies, Iris decides to keep his decaying body around out of fear of living – and dying – alone. Pamela Stewart (Hal Hartley’s Trust and Amateur), Erik Fransden (The Colbert Report), and newcomer Alice Cannon star in this melancholy meditation on loss and the inescapable prison of old age. “Bolstered by grotesque FX from Brian Spears & Pete Gerner (I Sell The Dead, Stakeland, The Innkeepers), and a diverse score by electronic musician David Kristian (Karim Hussein’s La Belle Bete and Douglas Buck’s Prologue and Sisters), Morris County exposes suburbia’s dark heart and the self-destructive compulsions that fester within.” – Kier-La Janisse, author of House of Psychotic Women.