AT THE DEVIL’S DOOR 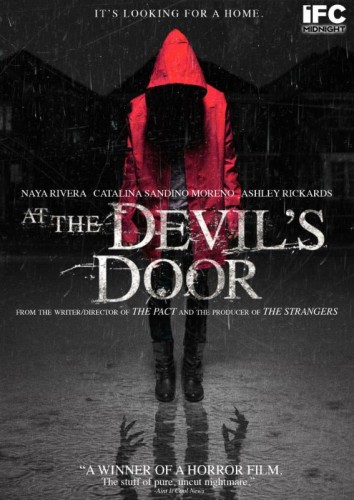 A real estate agent looking to sell a house must deal with a satanic presence that just won’t vacate the premises in AT THE DEVIL’S DOOR, a star-studded shocker that will have home audiences cringing when it comes to Blu-ray and DVD on December 16, 2014, via IFC Midnight and MPI Media Group, with SRPs, respectively, of $29.98 and $24.98.

When ambitious young real estate agent Leigh (Best Actress Academy Award nominee Catalina Sandino Moreno, Maria Full of Grace, Che, Red Band Society) is asked to sell a house with a checkered past, she crosses paths with a disturbed, possibly abused teenaged girl who seems to be a squatter in the empty house – and who, Leigh learns, is the runaway daughter of the couple selling the property.

When Leigh tries to intervene and help her, she becomes entangled with a supernatural force that soon pulls Leigh’s artist sister Vera (Naya Rivera, Glee) into its web and has sinister plans for both of them. Ashley Rickards of MTV’s hit series Awkward also stars.

With nail-biting terror, writer-director Nicholas McCarthy’s (The Pact) AT THE DEVIL’S DOOR is an unforgettable venture into the supernatural. “If spookhouse immersion is your horror-flick bottom line, you’ll relish AT THE DEVIL’S DOOR,” said Alan Scherstuhl of The Village Voice. Wrote Aisle Seat’s Mike McGranaghan, “Containing some genuinely gutsy, unexpected twists, [the film] cheerfully plays with your expectations, pulling the rug out from under you whenever it damn well pleases.”

The film had its world premiere at the SXSW Film Festival and screened to acclaim at other international festivals before receiving a national theatrical release from IFC Midnight. 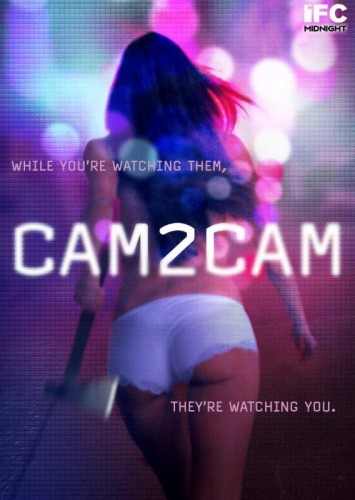 What happens when the virtual world and the real world collide, and the people on the other side of the screen you thought you were safe from turn out to be dangerously close? A terrifying look at the supposed anonymity of online interactions, CAM2CAM shows that even in the real world, sometimes nothing is as it seems. Backpacker Allie (Tammin Sursok, Pretty Little Liars, 10 Rules for Sleeping Around) has just arrived in Bangkok, Thailand, to hunt down her sister’s killer. When Allie meets fellow Americans Michael and Marit (newcomer Ben Wiggins and Sarah Bonrepaux of The ABCs of Death), she thinks she’s found some much-needed friends. But her new acquaintances are Web performers who harbor a terrible secret, and before long the dark menace beneath Michael’s easy charm and the strange bisexual magnetism of Marit lead Allie to a discovery that may bring her to the brink of madness. In a city where foreigners come to reinvent themselves, Allie learns, perhaps too late, that people aren’t necessarily who you think they are. This chilling IFC Midnight theatrical release is from writer-director Joel Soisson (Children of the Corn: Genesis; The Prophecy: Uprising, Pulse 2: Afterlife).

Tags At the Devil's Door