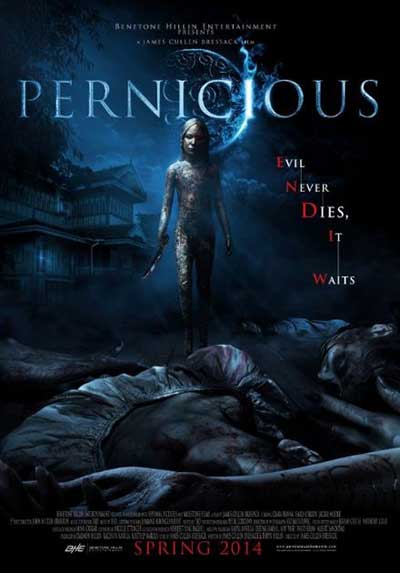 It was supposed to be an adventure of a lifetime as three young girls spend the summer in Thailand. But their adventure quickly becomes a nightmare when the trio unleashes the spirit of a murdered child with only one thing on her mind – revenge.

Upon finishing my initial viewing of James Cullen Bressack’s new film, Pernicious, I didn’t really have any strong feelings one way or the other. It didn’t grab me while I watched it, but it didn’t make me wish I was doing something else, either. As the days passed, the more I thought about it, the more it stood out to me. Now it’s lingering in my head like a ghost. I guess it’s that kind of movie, a subtle (at times) horror movie that sticks with you well after watching it. I can’t imagine that’s a bad thing.

The premise of the film is simple enough. Three young American girls go to Thailand for the summer to teach kids English. Upon reaching the house they’re staying in, they find a golden statue of a little girl. Soon after, things start to go bad. It’s part slasher, part ghost story, with a little of the strangers in a strange land vibe thrown in for good measure. Now, we know that there is something ominous and foreboding about the house, as we kicked off the movie with a flashback scene of a man and child being ritually murdered, but we don’t know until later why that was relevant. However, when it does come back around, we figure out that no one is safe, not the stars of the film and not the secondary characters. 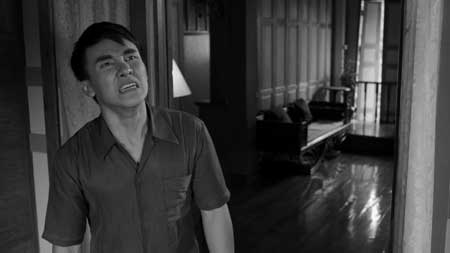 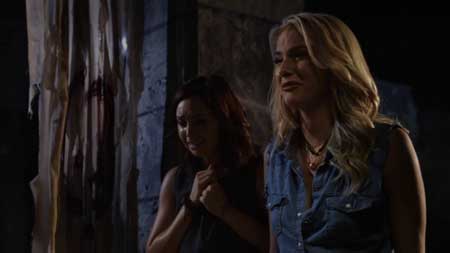 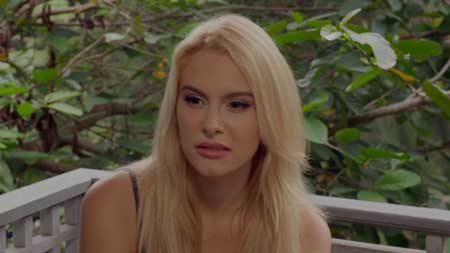 There is a lot of good in this movie. First of all, it was actually filmed in Thailand, so the scenery we take in is at times beautiful and breath-taking; it’s kind of awesome to watch the girls walk through town and pass not only interesting little shops but also a real elephant on the side of the road. Even though we have a general idea of what will probably happen, it all still feels fresh enough as a story to draw the viewer in, a credit to the writing of Bressack and co-writer Taryn Hillin. Honestly, this could have been just another re-hash of the same stories we’ve heard and seen over and over, and thanks to the look of the film and the copious amounts of blood splattered everywhere, it still could have pulled off a middle of the road review. But it’s obvious to this reviewer that the cast and crew took care to go the extra mile here, and it is very much appreciated.

As I mentioned before, at times Pernicious feels like a Japanese ghost story, in the vein of Ju-On or Ringu or any number of others. But at the same time, it manages to pull off a slasher feel as well, kind of along the lines of Hostel or Turistas, but the pretty girls in this movie, the ones in their underwear and covered in blood, play the opposite roles than you might be used to (somewhat, at least). Combining those two subgenres is no easy task, but the scares are here in full force right alongside a good-sized helping of well executed blood, guts, and gore. 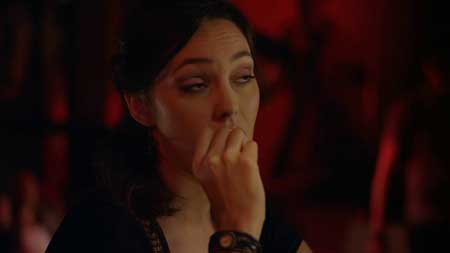 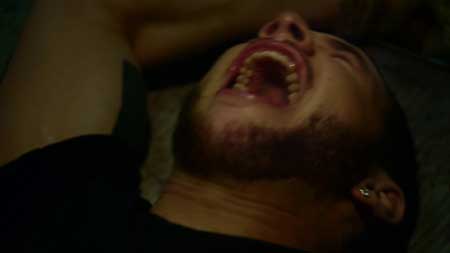 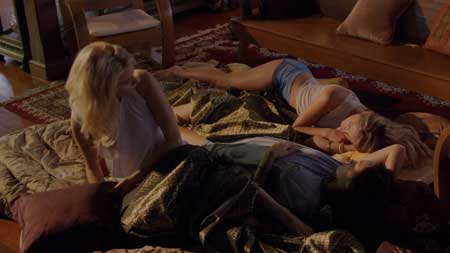 The casting of the three main girls works in Pernicious’ favor as well. They manage to pull off the role of the somewhat spoiled but still not completely horrible Americans. Their naiveté causes a few cringe-worthy moments and gets them in some trouble, but they’re not written into roles where we instantly can’t stand them. No, we root for these three. It’s kind of exciting that they also happen to be fairly new faces in the horror scene. Emily O’Brien (most notable for her role as Jana Fisher on The Young and the Restless) plays Julia. Ciara Hanna (Summer from The Bold and the Beautiful as well as Gia Moran, the Yellow Super Megaforce Ranger from Power Rangers Megaforce) is the carefree Alex. And in the role of Rachel is Jackie Moore (mostly a secondary character in films so far, she has played the roles of Nearly Nude Model in an episode of Gossip Girl, Sexy Photographer on The Onion News Network, Hot Blonde in Guardian… there’s a pattern here). It’s nice to see new faces on the scene, and these three all hold their own with their switch from TV soaps to blood splattered horror. 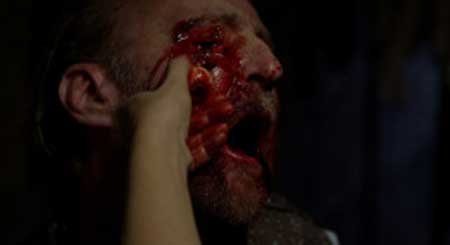 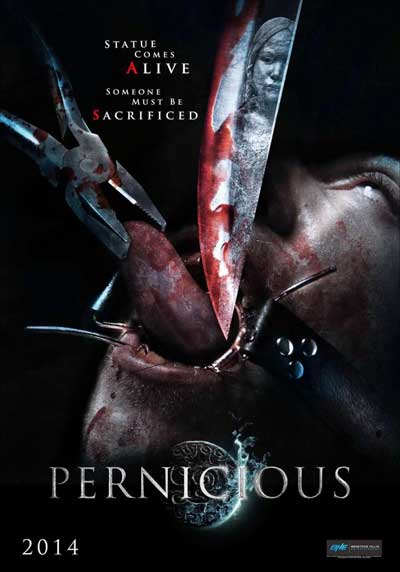 I call this one a win for James Cullen Bressack. After not impressing me in the least bit with the shaky camera nonsense of Hate Crime, he has come back with a movie that is a million times better. If I didn’t pay such close attention to the credits, I would have never thought Pernicious and Hate Crime were even by the same director. But this isn’t just good in comparison to a bad movie. Pernicious pulls off a cool ghost story with enough background and historical lore, despite throwing in a weak witch doctor scene in which we get an info-dump (one of the very few weak moments of the film). It even managed to surprise me with its ending (no spoilers here, buddy), which is somewhat difficult to do to someone who has “seen it all.” It’s bloody, it’s creepy, and it not only redeems director Bressack in my mind, but makes me excited to see what he comes up with next.