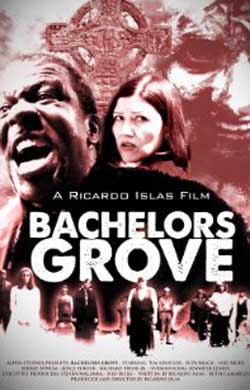 Bachelors Grove Cemetery is one of the top ten scariest places in America, often featured in main stream television networks. “Bachelors Grove” is the first movie ever made inspired on this subject.

Anybody out there like a good ghost/satanism/demon possession/creepy little town story? Wow, me too! What a crazy random happenstance that this film found its way to me for review. 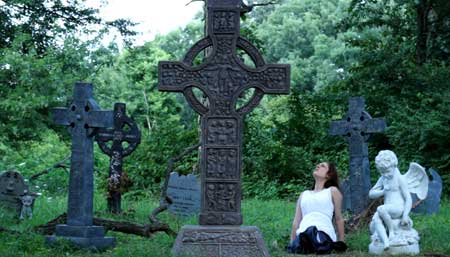 The first cool thing I found out is that Bachelor’s Grove is a real place. Bachelor’s Grove Cemetery is a small, abandoned cemetery in the southwest suburbs of Chicago, Illinois. Said to be one of the top ten haunted places in America, the cemetary has a sordid real-life history and dates back to the early 1800s. Over the years, many types of manifestations have been reported and/or documented there, including a reported ghost photograph that was printed in the Chicago Sun-times. So this ain’t no Blair Witch Project, folks. Unlike the fictional mythos created for Burkettsville, Maryland, Bachelor’s Grove has an honest to dog haunted pedigree. 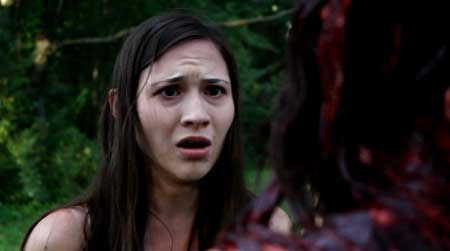 Now of course the film doesn’t just rely on creepy tales from the campfire. The story extrapilates itself from the real life history of the cemetery. A place said to be so haunted will inevitably draw spiritual seekers of all walks. In this case, the filmmakers present us with a group of high school friends fiddling about with satanism in the 1980s. After feeding one of their friends a few handfuls of pills, they drag her down to the cemetary for ritual sacrifice. However, they lose their nerve, and leave their drugged sacrifice alone in the cemetery to find her own way home when she sobers up. She is found the next morning wandering down the road half naked and incoherent. The story picks up 30 years later to find that she has been catatonic in an asylum ever since.

The aspiring satan worshippers have moved on with their lives, and all hold positions of some importance in town – high school coach, local librarian, etc. They’ve married, had kids, and generally are living the idyllic small town life. 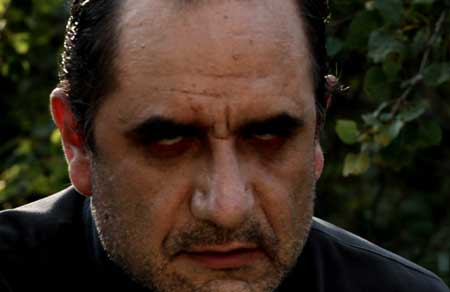 But apparently Old Scratch doesn’t care for people who don’t follow things through. Suddenly, strange crimes start to occur. A man murders his entire family, then commits suicide. Turns out he was one of the “coven”. The rest of the group are freaked out, and the local historian (who seems to know a lot more about the whole thing than one would expect) gathers them together and tries to convince them that it’s all their fault. Yea..they don’t listen.

The historian’s granddaughter Lindsey, meanwhile, is suffering from nightmares and hallucinations of dead people. She gets more and more freaked out as the blood starts to flow on the streets of Bachelor’s Grove. What are her grandparents not telling her? What’s the secret behind the horror? As the story unfolds, our girl learns more and more about her past and slowly but surely, everything goes nuts.

Bachelor’s Grove is sweeping in its scope, and there’s a ridiculous amount of characters (basically, an entire town). Each character has a fairly complete backstory and their own WTF characteristics. It gets a little confusing due to such a large cast of characters, but I really like that none of them are throwaways. There’s a reason for every last one of them, and each has a role to play in the story. And considering the fact that almost every character is played by two people (the past and the present), I can only imagine how hair-pullingly stressful this production was to film. The film is written and directed by Ricardo Islas. His catalogue features mostly spanish language films, but notable among his more recent productions is FRANKENSTEIN : DAY OF THE BEAST. 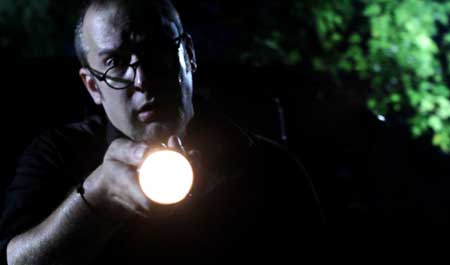 Visually, there is some truly stunning camera work in this film. Between the actual raw shots and the editing, the look of this film is seriously impressive. Some clever camera work comes into play later in the film, specifically a really creepy scene involving a character facing their past in the mirror. (no spoilers, folks. but it’s an awesome shot).

Not a lot of gore in the film, at least not on camera. Mainly it’s a lot of blood thrown around after whatever happened. But there are a few great make up moments through out the film, and especially in the finale. (again, no spoilers)

The cast is great. The majority of them have very little (and in some cases, no) listed productions before this one. There are a few short film appearances, uncredited roles, and one of the main characters is played by a make up and hair stylist (this film is her first acting credit as far as I could find). You would expect from this inexperienced of a cast that they would really stink on ice. Yes, there are a few flat amateur theater moments. I won’t deny that. But overall, the cast does an admirable job of portraying the characters.

There are a few experienced actors. Joyce Porter, who plays the Grandma, has an extensive listing of stage productions and short films, along with voice acting.

Tim Krueger, the coach, has one stand out listing – as the monster in FRANKENSTEIN : DAY OF THE BEAST.

Two of the actors, Jennifer Lenius (Lindsey) and Marc Peunye (Roy Kingsley) are appearring together in another film due out this year called DEAD GIRLS, an anthology horror. I’m looking forward to that one crossing my desk (with any luck).

My only true disappointment in the movie was the sound. There are some tragically obvious moments of bad sound editing that even an amateur would recognize. Changes in volume mid-sentence, air sucking in the back ground for one person but not the other in the same room, a few real life sounds that slipped into the mix. It honestly seems like some of the audio is actually in-camera sound mixed with ADR and professional sound on set. It’s distracting and annoying. However, in the interest of full disclosure, I watched the film with headphones on. I may have been picking up on things that a home theater may not. So don’t let my opinion of the sound quality keep you from the movie.

The story is complex, involving a large dramatis personne, and crawls at a few points. But it’s worth every minute, and pay attention during those lulls in the action. Everything leads to something.

So on a scale of one to ten, ten being awesome, I give this film 7 black candles. 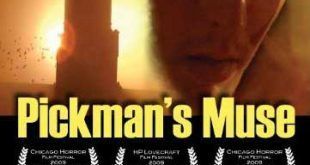 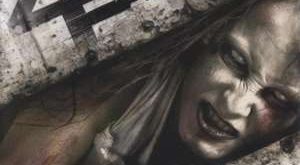