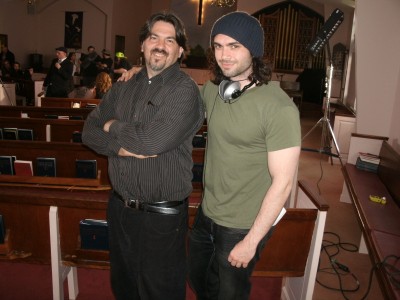 This interview was conducted on the set of the Almost Mercy in Rhode Island, on May 19th, 2014

Mike Joy: How long have you been shooting Almost Mercy?

MJ: What can we expect from today’s shoot?

TD: Today is the first appearance of Bill Moseley’s character, Pastor Johnson.  I spent time with Bill on Saturday when he flew in and talked about his character.  I’m excited to see him take the ball and run with it.

Pastor Johnson is the local pastor with questionable morals.  He certainly makes many appearances throughout the film.

MJ: How long have you been with Woodhaven Films?

TD: This is my third film with Woodhaven as Writer/Director.  I co-wrote this film with B. Dolan. 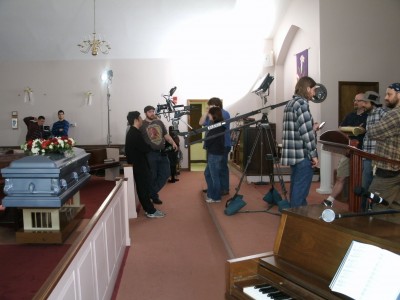 MJ: Do you approach each film with the same focus or do you have a different perspective on directing different film?

TD: That’s a great question.  It has to do with where I’m at in my career.  My first film, I was just happy to be able to get a movie made and just happy to be there and happy to be on the team. My second film, I approached it with learning what I took from the first film and try to modify it.  Figure out the best ways to make it better. The third film is just more experience.  More time working with the same people.  I’m lucky to have a kick ass crew,  a lot of the core people have been with me throughout my films.  Each film we get better as a group.  Almost Mercy is by far the strongest film that we’ve ever made.  I’m excited to cut it.  I can’t wait to get in the editing room. 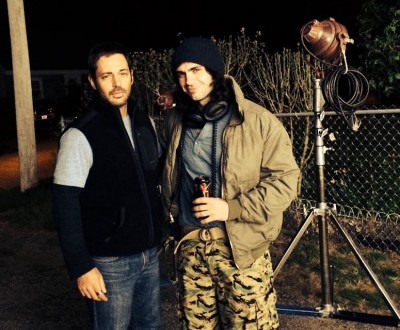 MJ: Tell me how is it working with David Gere?

TD:  Dave was there for my first movie, Self Storage.  He’s had my back in the industry for awhile now.  He’s just a pleasure to work with.  Aside from being a great producing partner, he’s also a personal friend on mine.  We just fire about 50 text messages back and forth, about everything from pro wrestling and goofy non-sense, to serious business.  It’s great to have both a business and personal relationship with a producing partner.

MJ: I’ve text David before and I just can’t keep up with his texts.

TD: The man never sleeps.  You text him 2 or 3 o’clock in the morning, and boom he fires right back at you. 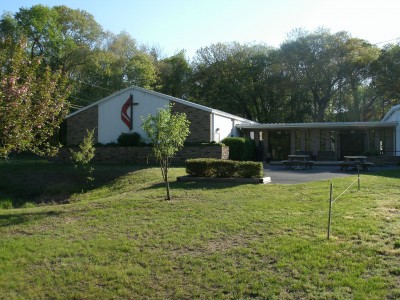 MJ: So, what is your opinion on DG Haven?

TD: One little secret about me is that I’m a pretty big pro wrestling fan.  When David Gere plays the character of DG Haven, he really, really owns it.

MJ: What else is coming up for Tommy DeNucci?

TD: I’m very excited to have a hand in the Martin Scorsese project, “Bleed For This” which will be produced by Chad Verdi.  Chad has been the driving force behind Woodhaven and Verdi Productions.. and my career.  He’s always supported me from the very, very beginning. When I was just an intern, he gave me opportunities to further myself as an artist.

In the Fall, we’re going to be producing the Martin Scorsese movie.  We have a lot of top brass.  The producer from American Beauty is on the project, it’s just unbelievable.  Miles Teller is playing Vinnie Paz.  He’s quickly becoming a rising star.  Going to play Mr. Fantastic in the new Fantastic Four movie.  We have Aaron Eckhart signed on.  It’s just a really, really classy project.  The biggest in scope that I’ve ever worked on.

MJ: Wow, Martin Scorsese!  You don’t get bigger than that.

TD:  He’s the guy who inspired me to want to make films.

MJ:  Tommy, thank you for taking the time out from movie making to talk to Horrornews.net!