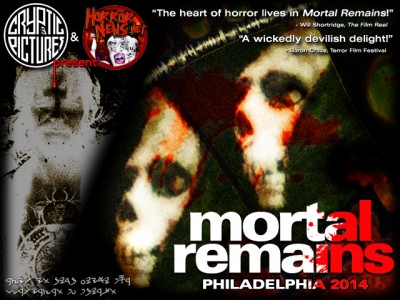 Horrornews.net joins Cryptic Pictures in hosting a Private Screening of MORTAL REMAINS in Philadelphia on Sunday, April 27th, 2014 –  Buy your tickets to the events exclusively at :  Mortal Remains Kickstarter

When was the concept for Mortal Remains realized and how long was the project in development?

MARK: Chris and I began discussing this project over ten years ago, around ‘03. He told me about an idea he’d had, a story based upon an urban legend he’d heard growing up in Maryland…a film screening in Baltimore that had gone awry and resulted in some chaos and the destruction of a suspicious film entitled, Mortal Remains.

CHRIS: And so I wrote a screenplay that centered in on the legend itself. It was based on what information I could find, utilizing the names of some of the people involved, including a mysterious filmmaker named Karl Atticus.

CHRIS: He’s the sort of enigmatic figure that grabs your attention and shakes you and forces you to take notice. Horror fans will love him. We love him. He reminds me of myself in many ways… hungry for success, willing to do just about anything to establish myself… of course, I haven’t killed anyone yet. And it is still questionable as to whether Karl did either. That is why so many hardcore fans want to get there hands on this Holy Grail of horror films. We all want to see for ourselves what Karl was up to.

MARK: Karl’s been dead for 40 years. So the facts surrounding the legend are a little hard to pin down. He’s not the sort of guy many of us can really relate to.

Blair Witch Project writer/director Eduardo Sanchez is part of Mortal Remains, was he able to give you any helpful advice?

CHRIS: Oh, absolutely. We all actually went to high school together in Maryland, though he went to college in Florida so we lost touch for a few years. When Blair Witch took off, Ed became our hometown hero. When we finally decided to make Mortal Remains, he really encouraged us from day one; he totally pitched in and provided a lot of useful information and advice that we probably wouldn’t have considered on our own.

You were inspired by In Search Of… which is actually one of my favorite television programs from the 1970’s.   Do you have a favorite episode?

MARK: All of them. I used to tune it every week to see what new unsolved mystery Leonard Nimoy was going to share with us.

CHRIS: Our best goes out to him and his family in his struggle with cancer. Awful.

Can you name other film or television inspirations from the 70’s and 80’s?

MARK: I was an avid television viewer in the late 70’s early 80s. But film was my true love. The first film I ever saw on the big screen was Jaws. Imagine how that effected this youngster.

CHRIS: Hell, who wasn’t effected by Friedkin’s The Exorcist or The Texas Chain Saw Massacre. We’d hear stories that people were puking in the aisle ways. Weren’t we all trying to figure out a way to sneak into the theater and be scarred for life! That is what attracted us to Karl Atticus. According to legend, that was the sort of stuff that was going on during the screening if his films. He was sort of the pre cursor to the whole slasher movement.

What was your greatest obstacle during the filmmaking process for Mortal Remains? and your proudest moment?

MARK: Our greatest obstacle would have been the long-distance factor. I live in Maryland, while Chris lives in Pittsburgh, PA. Chris and I also work other jobs, so we didn’t have the luxury of shooting everything in one burst of production. Consequently the film had to be shot over a period of years, a bit here, a bit there.

CHRIS: Our proudest moment so far was winning the Audience Favorite award at the Terror Film Festival in Philadelphia (the other end of the state, but it’s still PA, so we like it). The audience there really enjoyed and appreciated our film, as did all of our festival and private screening audiences.

What is next for Cryptic Pictures and Mortal Remains?

MARK: Well the Philly Kickstarter for one! We are basically four walling our film around the country in hopes of generating some buzz about the project. We are using Kickstarter as our sort of our own Ticketmaster. As Chris mentioned, we recently completed our film festival run and walked away with three awards, including Best Editing (Terror Film Festival, Philadelphia Pa.) and Best Direction (Horrorquest Film Fest Atlanta, Ga.)

CHRIS: And after our Kickstater tour, we’re going to be working on a couple of other ideas that have been gestating, including Mortal Remains Part 2. It will be a gritty shocker to rival – if not surpass – the original. So we are actively seeking interested investors as we get things off the ground. That is an all call, so spread the word.

MARK: We’d also like to thank HorrorNews.net for all the support in our Philadelphia Kickstarter campaign. Without the generous support of folks like you and Ed Sanchez, independent horror films would be a dying bread. 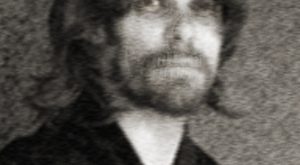 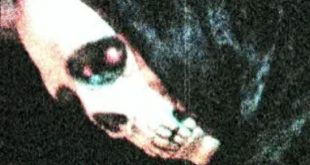 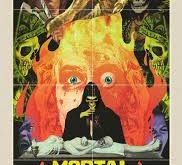