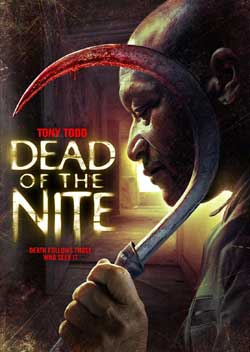 When an investigative team arrives on the scene of the ill-fated Jericho Manor to record an episode for their internet show Seeing is Believing they soon realize there is something more sinister on hand than any of them could have bargained for.

“It’s not just ghosts that go bump in the night…”

Tony Todd’s ominous presence scores some serious macabre merit points in this production. Take it from someone who has heard The Candyman’s trademark guttural roar beckon his name, Todd’s performance is a no brainer in coursing relentless chills down would be audiences’ spines. In the role of Ruber the eccentric caretaker of Jericho Manor viewers can appreciate we’re onto something special before us. 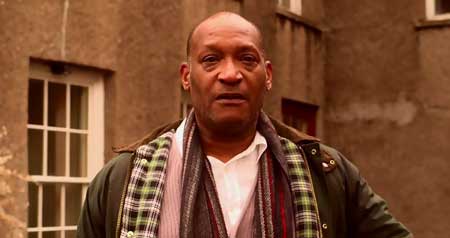 The overall premise of Dead of The Nite is arguably a tiresome pretense visited time and again. Although not a fan of the oversaturated ‘found footage’ films as of late, the producers somehow manage to execute the film on a micro budget. Their efforts are indicative that one does not require a lavish expenditure in order to tell an effective story. 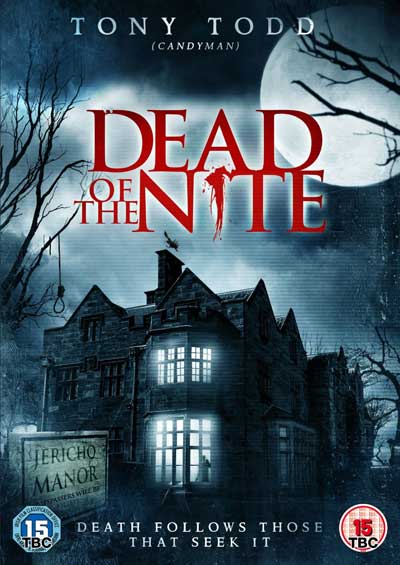 Characters from Amanda, Paul, Gary, Crystal and Anne-Marie are believable and dependable and performed well from their respective thespians. On a subconscious level we get behind them and feel their collective nervous energy. The audience will invest further into their supernatural foray before them as some heightened plot twists create further tension and dissention between the protagonists.

Minimal special effects are used with the exception of black and white/night vision style footage often harnessed in Ghost Hunters and other paranormal investigative type shows. The imagery reinforces an authentic feel to their objective. The overall glazed/shimmering illusion of the characters’ eyes enhances a creepy image before the audience. 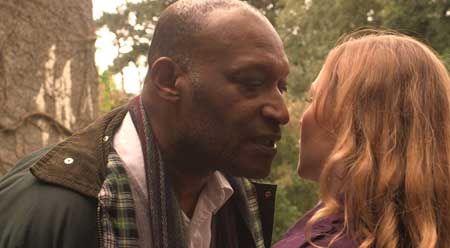 The lead antagonist or villain is a little on the disappointing side at first. His presence seems to lack a certain threatening, fearsome quality one may expect to be exhumed from an infamous locale such as the Jericho Manor folklore. Relevance of the killer however is redeemed later on, without divulging in too many plot spoilers of course.

Many of the kill scenes are creative enough yet come across as a little uninspired. There is much more that could have been done in these shots and sequences. One cannot help but think these scenes could have resonated a much more haunting impression within viewers and transcended into a conversational piece rendering this production as an instant cult classic. 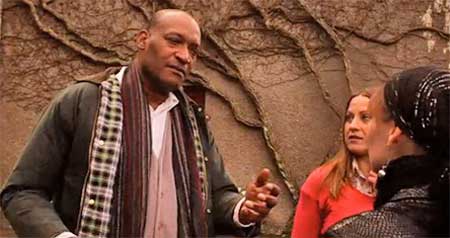 A most unexpected turn of events transpires in the third act many will find redeeming. We’ve all seen and done the whole paranormal activity/found footage thing and sadly many will ultimately reject this film prior to giving it a fair shake based upon this premise alone. If you’re looking for something a little different and appreciate artistic integrity thinking outside of the box mentality, then do yourself a favour and give it a decent shot. 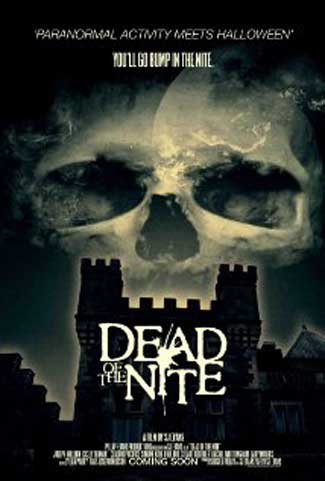 The music is dark, dismal and emphasizes the heightened suspense. An attractive cast will no question lure a wide audience for sheer esthetic qualities. If nothing else one can always squirm in delight from the insane ramblings of one Tony Todd.