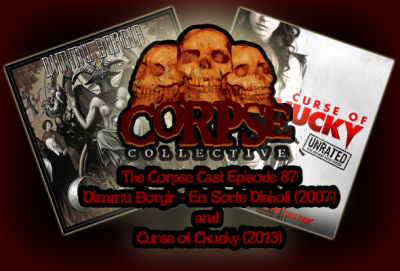 Well hello there! We’re back with Episode 87 and we’re talking about some Symphonic Black Metal as well as an 80’s slasher classic come back from the grave! We’re talking Dimmu Borgir and their album from 2007 called En Sorte Diaboli. We’re also talking about Curse of Chucky, which is supposed to be a return of the “scary” Chucky classics from the late 80’s and early 90’s.