Home | Kevin Smith Returning To Horror – And Bringing Haley Joel Osment Along For The Ride!

Kevin Smith Returning To Horror – And Bringing Haley Joel Osment Along For The Ride!

Haley Joel Osment, now there’s a name we haven’t heard in a while. I shouldn’t need to remind you but he was the little kid who saw “dead people” in THE SIXTH SENSE. Well, he’s not a little kid anymore and to the best of my knowledge hasn’t made a lot of films, especially horror films in quite a while but he just landed himself a pretty major gig.

Kevin Smith has cast him in his next project, a film titled TUSK. This will be Smith’s second foray into genre type material his first of course being RED STATE which I actually like quite a bit. Already cast in the film were Michael Parks and Justin Long. The following synopsis will bring you up to speed:

Tusk, which commences principal photography in Charlotte, North Carolina, on November 4, will star Justin Long (Live Free or Die Hard, A Case of You) and cult favorite Michael Parks (Red State, Django Unchained). Smith will direct his own script, which evolved from Episode 259 of his long-running podcast with Scott Mosier, the award-winning SModcast. Tusk’s horror story follows a podcaster who sets out to interview an eccentric, reclusive old seafarer, only to find himself a plaything in the gruesome plot of a deranged killer.

With production starting up in just a few short weeks, I’ll have lots more for you soon! 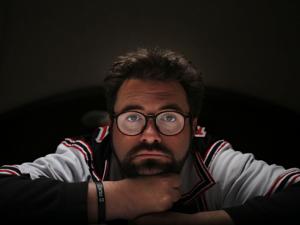