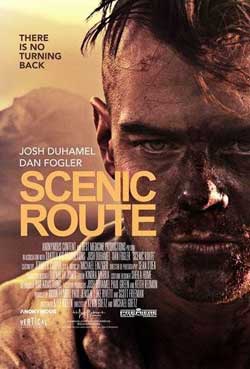 Tensions rise between lifelong friends Mitchell and Carter after their truck breaks down on an isolated desert road as they start to attack each other’s life decisions with unwavering brutality.

The road movie is a plot staple that populates every genre from comedy to horror. In the latter this theme has appeared multiple times in many variations from Wolf Creek to Jeepers Creepers but the antagonist is usually an outsider. With Scenic Route the cast list, apart from in sporadic moments, is limited simply to the two leads and drama revolves around them and them alone. 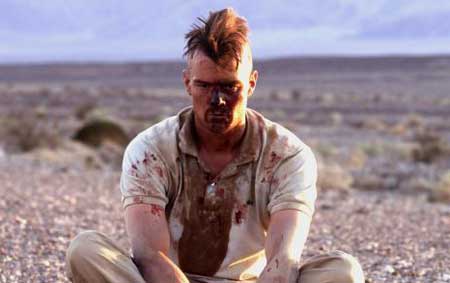 There is tension right from the very beginning. Upper middle class married executive Mitchell (Josh Duhamel) and failed writer Carter (Dan Fogler) are old friends whose lives have taken very different paths. Trying to regain some of their slowly disappearing youth they attempt to recreate, or relive, a road trip from their past but immediately it is clear neither man is comfortable with the situation. Mitchell really doesn’t want to go on the trip at all as he believes that time has passed and Carter is desperately trying to return to a place when the two friends were much closer. Very little time has passed before a few too many honest observations about each other’s lives are made from Mitchell’s marriage to Carter’s lack of responsibility. Their relationship becomes strained to breaking point when Carter fakes their truck breaking down with the misguided intention of forcing them to talk. What began as heated argument quickly becomes violent as the breakdown becomes real and they are stranded in the desert. 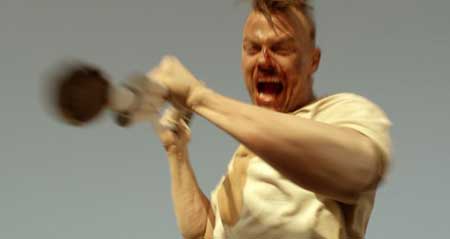 There are good and bad things about Scenic Route. The two leads are excellent with both Duhamel and Fogler delivering performances contrary to what you normally expect from them. Duhamel is intense and moody as a man who has little tolerance for the triviality of life, especially when it takes the form of his waster old friend. He is on edge from the start and you know that it will take very little prodding to push him over that emotional edge. Fogler has the only amusing lines in the film, not that there are many, but his character’s existence is in direct contrast to his travelling companion’s ordered, and it would seem dull, life. He is desperate for them to connect again as they once did but is unable to stop himself from saying exactly what he thinks, even when their situation becomes increasingly desperate. 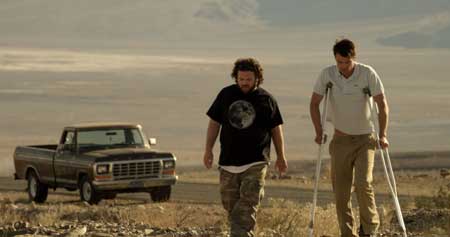 Credit must go to the directors Kevin and Michael Goetz in getting these performances from their actors as without this the film could have become a little tedious. There are a few too many moments that appear a little forced leading to scenarios you have seen all too often in other films. Of course their car breaks down and they can’t fix it. How else would we have the plot in the first place? Inevitably whenever they stray too far from the road potential assistance arrives and then disappears before they can obtain help. These plot points are essential to move the story along and to cause further friction between them but we have seen them many, many times before and it would have been refreshing to have seen something more original done with what is a strong initial idea. 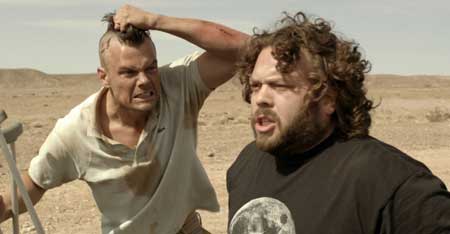 On the whole Scenic Route is a better film than you might think but perhaps not as good as it could have been. The performances raise it from mediocrity that the derivative plot devices threaten to force it into and while the majority of what happens is somewhat predictable there are some unexpected and well handled more subtle moments. The strength here though is Duhamel and Fogler whose characters you may not always like, but you’ll more than likely empathise a little with. This is a film well worth checking out if for them alone. 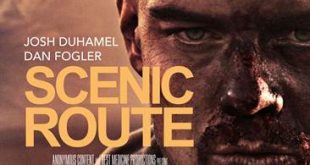