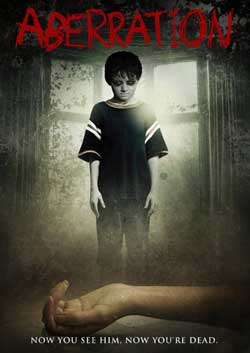 Christy seems like your somewhat average high school student with the exception of the fact that she has the ability to see ghosts. When someone starts killing off her classmates she tries to figure out who is responsible for the murders with the help of the spirit of a mysterious little boy who is somehow connected to the deaths.

Without a doubt Aberration is a neat little flick that has a lot going for it. I wasn’t exactly sure what to expect going into it but after everything was said and done and the end credits started to roll I was pleasantly surprised by how much I liked it. It started out a little slow and was somewhat confusing at first (I had no idea what the character of Kyle could have possibly done to have made his teammates hate and shun him the way that they did and it takes a while before it is explained) but everything finally comes together and makes sense just fine. I thought that it was well-written as well as interesting, and just an all around great movie in general. 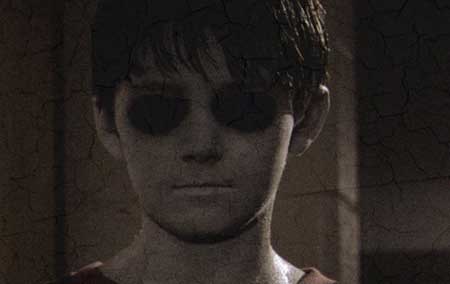 I have always liked horror flicks that feature a good mystery, and that is the case with Aberration. We don’t know who is going around knocking people off or why the person feels the need to do so, but it was fun trying to figure it all out before everything was revealed. Of course we have a red herring or two to throw us off track and keep us guessing, and while it really isn’t that difficult to deduce the identity of the killer (it’s pretty obvious if you pay attention) I still enjoyed playing along just the same and I think that other viewers will as well. If you enjoy a good horror flick combined with an old fashioned whodunit then this movie is for you.

One of the film’s biggest strengths is the fact that it has an excellent cast. I loved Gwendolyn Garver (who also wrote the script) as Christy and think that she rocked the role. She is a very talented actress (and writer) and she did a bang up job bringing her character to life and making her likable. I see some big things in her future and believe that she has the potential to really go far in the film industry (I can picture her becoming one of the next big “scream queens” if you want to know the truth). I also really dug Kristian Capalik as Kyle (who has a major crush on Christy to the point that it is almost a little creepy at times) too and thought that Cal Thomas kicked all sorts of ass as the abusive asshole jock Elliot as he does a great job playing one of those characters that you just love to hate. All in all the cast does an awesome job and I was very impressed to quite frank since I was expecting horrible characters and ever worse acting all around before I watched it. 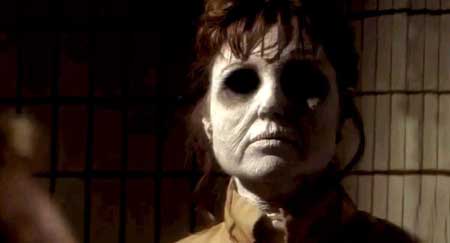 The only complaint that I really have about the movie is that it is relatively devoid of gore (other than some very minor bloodshed in one scene). I thought that there should have been at least one or two violent death scenes but there weren’t. We really only get to see the aftermath of the murders and I really would have liked to have seen the killer get his/her hands dirty with an over the top kill that was soaked with blood. It makes perfect sense that it was light on the blood and guts though as it is more of a supernatural thriller than a balls out horror film, but I would have appreciated a nice decapitation or slit throat just to satisfy the gorehound in me.

I really enjoyed Aberration. It kept me entertained and I have no trouble recommending it to others. I have a feeling that some people may bitch and moan about the whole “she sees dead people” thing as it does seem a little unnecessary to an extent but I was able to overlook it and enjoy the movie regardless. If you’re looking for a nice little supernatural mystery flick that has an interesting premise and some great characters then check out this flick when you get a chance. 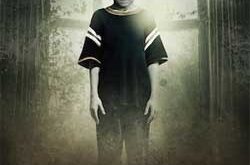