Maxim Media International, a worldwide distributor of independent horror films has acquired Slaughter Daughter for worldwide distribution. Plans are underway to release the film on DVD and Video On Demand with the North America imprint Brain Damage Films. Official artwork and release dates are coming soon! 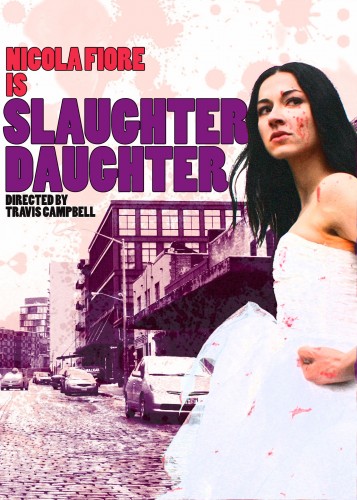 Slaughter Daughter is the brainchild of Director Travis Campbell and Writer/Producer Lauren Miller. Campbell and Miller also partnered up on their previous feature, Mr. Bricks: A Heavy Metal Murder Musical. After Mr. Bricks was completed, they begin brainstorming a new idea about a matricidal young woman named Farrah. They immediately thought of Nicola Fiore, one of the stars of Mr. Bricks, to play the lead. Italian Giallo films of the 1970s, soap operas, and true crime novels all became the inspirations behind Slaughter Daughter.

In January of 2011, the team began to build an online presence for the film and shot the first of what would become a weekly web series lasting 8 episodes. The series focused in on Farrah’s stint in a mental hospital and aired on YouTube. From there, the team pulled up their socks and climbed the uphill battle of making independent film. Fueled by inspiration and determination, they completed the project and gave birth to something truly inspired. 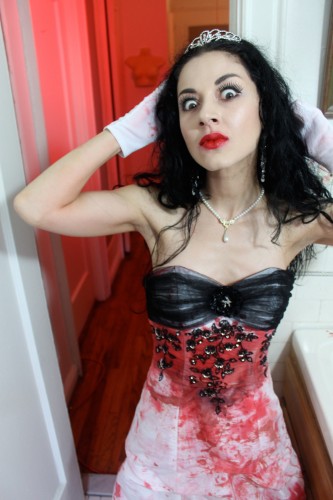 “Slaughter Daughter” is an inspirational film to me.” says director Travis Campbell. “I know this sounds strange since it is a horror movie, yet making the film was an opportunity for me to get out of my comfort zone. I was excited to get inside the female psyche. Independent film is a hard business, and some say it is dead. There is no money and at the end of the night, you know you have to go back to the daily grind the next morning. My hope is my movie will stand out and rescue you from this monotony. With Slaughter Daughter I believe this is entirely possible.”

The webisode playlist is available here.