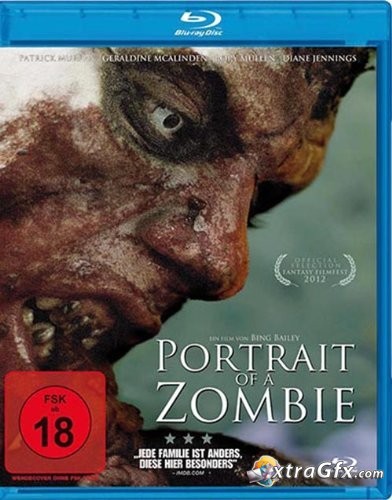 When son, Billy, becomes a zombie the family chooses to take care of him in the home much to the chagrin of the neighbors and the local crime boss.

There are currently two subgenres that’s have been done to death the last few years, the zombie film and the mock documentary. The two have been combined before with mixed results but for the first time, it was done right. Portrait of a Zombie hits pretty hard most of the time. There are some really strong performances and a strong story that helps to raise questions about society and the culture we live in. It may have a couple of tiny missteps here or there, but we are delivered a film by first time filmmaker Bing Bailey that captures the essence of what George Romero started 45 years ago. 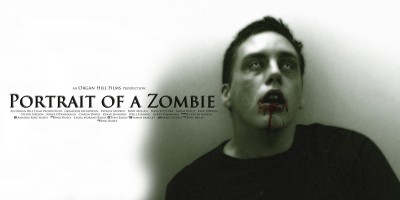 The film follows a group of documentary filmmakers in Dublin, Ireland as they interview their subjects, the Murphy family. The eldest son has taken on an illness, one that no family is prepared to deal with. Billy (Patrick Murphy) has become a zombie. Instead of turning their backs, his family has chosen to nurse and help him in any way that they can. His parents Lizzie (Geraldine McAlinden) and Danny (Rory Mullin) feel very strongly that their son is still in there somewhere and won’t give up hope. The documentary crew, led by an American Director (Todd Fletcher), tries to capture all of the drama that the family must face. Billy has a pregnant girlfriend, siblings that despise him, the town’s people are against them, and the epidemic is beginning to spread. The crew themselves have to adjust also since the situation they have just stepped into is far more dangerous than anything they were expecting. 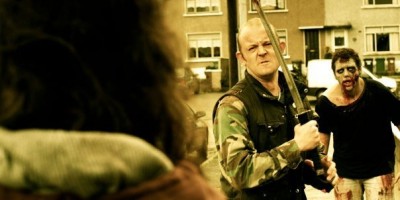 Portrait of a Zombie is able to walk that fine line between humor and horror. The film is funny but not in the knee slapping sense. It’s a much more subtle humor that arises more from the situation than being a joke or a sight gag. You laugh at the ridiculousness of it but at the same time the actors really sell their beliefs to the point of us sympathizing with them. Geraldine McAlinden gives an absolutely riveting performance as the mother of our zombie subject. I’m not trying to take anything away from the rest of the cast who are all excellent, it’s just that you can’t pull your attention away from her when she is on-screen. She truly captures how the love of a mother knows no bounds. You get mixed emotions watching how she cares for Billy or hear her speaking about it. She is the soul of this film, without question. With that out of the way, each member of this cast has a moment to shine. Another exceptional performance is that given by Rory Mullin. Playing the father and husband, he is a strong central character. The devotion and love he shows for his family and wife is very sweet. 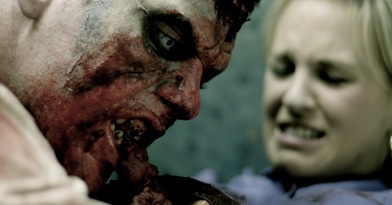 It wouldn’t be much of a zombie movie without the gut-munching and we have plenty here to enjoy. There are several gruesome deaths that don’t skimp on the grue. Going from documentary style to having a camera that is more of a watchful eye, could have ended up being very confusing but in the end, it mostly works. It does however take just a little bit to get used to. 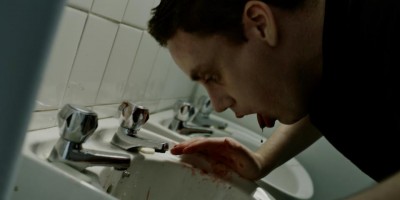 For being the first feature film that Bing Bailey has assembled, I must say, very well done, sir. It’s getting harder and harder to capture this genre with an original hook, or to give it a spin no one was expecting, and you have done so. Dark, funny, and very heartbreaking, Portrait of a Zombie will hopefully set an example for zombie films to follow. Having gone in with low expectations, I was slapped quickly in the face and was shown that there are still unique tales to tell in this subgenre. I’ll be watching you Bing Bailey, where you go next in your career should be very interesting. **** (out of 5)