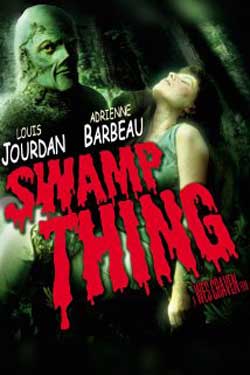 Deep in Florida’s darkest everglades, a brilliant scientist and a sexy government agent have developed a secret formula that could end world hunger and change civilization forever. Little do they know, however, that their arch nemesis is plotting to steal the serum for his own selfish schemes. Looting the lab and kidnapping the agent, the madman douses the scientist with the secret chemicals and leaves him for dead in the swamp. Mutated by his own formula, the scientist is transformed into a half human/half plant superhero who will stop at nothing to rescue the beautiful woman and defeat his arch nemesis… even if it costs him his life!

Long before every popular comic book property was being adapted with hopes of becoming the next blockbuster, there was Swamp Thing. DC Comics, hot on the heels of two successful Superman films, brought horror master Wes Craven aboard to write and direct the 1982 adaptation of Swamp Thing. The result is a delightfully campy monster movie. 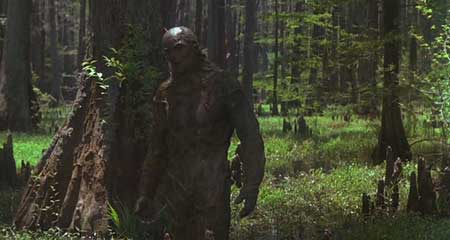 Adrienne Barbeau (The Fog, Creepshow) stars in Swamp Thing as government agent Alice Cable. She’s sent to the swamps of the Florida everglades, where Dr. Alec Holland (Ray Wise, Jeepers Creepers 2) is experimenting on the local plant life. He’s on the verge of a scientific breakthrough when a group of rebels, led by Dr. Anton Arcane (Louis Jordan, Octop**sy), attempts to steal the secret formula.

During the attack, Alec is doused in the serum, set ablaze and seeks refuge in the swamp. He’s never seen in his human form again; he emerges as the Swamp Thing (portrayed by actor/stuntman Dick Durock), a hideously-mutated half-man/half-plant hybrid. The unlikely hero must save Alice and the formula from the mad doctor.

Despite how it’s often portrayed, Swamp Thing isn’t much of a horror film. Its Beauty and the Beast-esque story shares more in common with the fantasy, sci-fi and action genres. That said, the final battle is essentially the Creature from the Black Lagoon duking it out with the Wolf Man. The rubber-suited monster fight is a schlocky treat for any genre fan. There’s also a score by Friday the 13th composer Harry Manfredini. 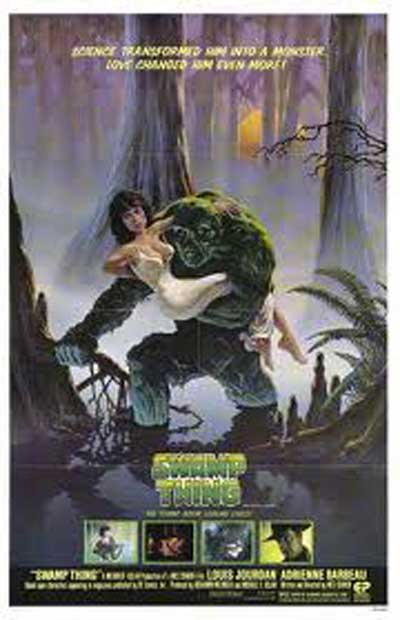 Swamp Thing is entertaining throughout, but its cast is the best aspect. Barbeau shines as always, although I would have preferred to see her as more of a heroine rather than another damsel in distress. David Hess show shades of his role as Krug in The Last House on the Left in his portrayal of one of the rebels. Arcane is great as the villain, while Nicholas Worth (Darkman) plays the heavy with ease. However, Reggie Batts, the kid who plays Jude, sticks out like soar thumb. Not only are his acting skills questionable at best, but the character seems out of place altogether.

Swamp Thing makes its high-definition debut in a Blu-ray/DVD combo pack from Scream Factory. Although the film has never been visually spectacular – it’s a relatively low-budget effort that takes place almost entirely in sunlit exteriors with few close ups – it has never looked as good as this transfer. The company had intended to release the uncut, European version, but they were only able to secure the rights to the PG-rated cut. There’s not much difference – just a couple of quick shots featuring nudity – but it would have been nice to have the complete version. 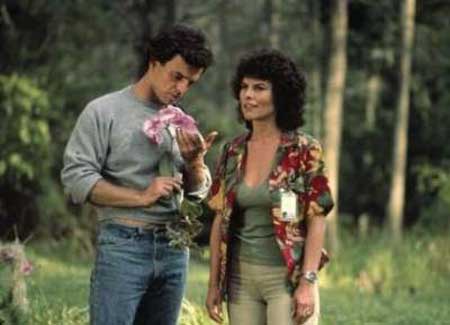 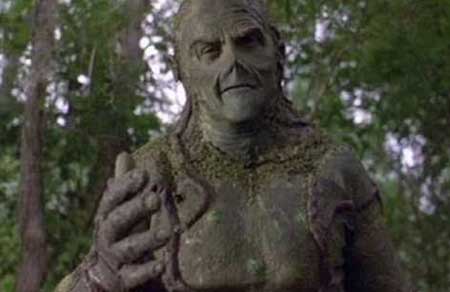 Scream Factory made up for it with plenty of new special features. The disc includes interviews with Barbeau, who explains that Craven’s original vision was compromised due to sever budget cuts but persevered regardless; Batts, who looks back on his first (and only) major role with great fondness; and Swamp Thing creator Len Wein. There are also commentary tracks by Craven and makeup effects artist William. Craven, always levelheaded, comments about the budgetary setbacks and how he did not work for a couple of years after the film, but he remains happy to reminisce about it. 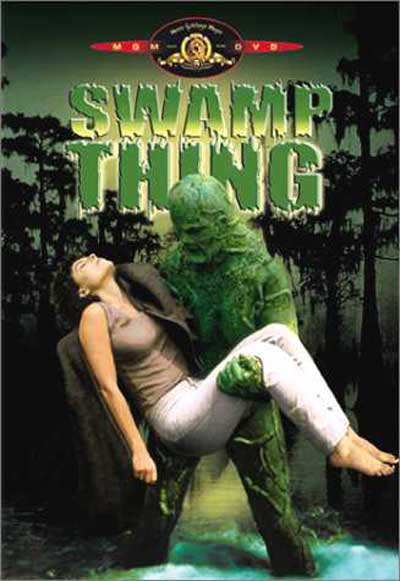 Swamp Thing doesn’t hold a candle to Craven’s top-tier work (A Nightmare on Elm Street, Scream, The Hills Have Eyes, et al.), but it’s still a fun swamp romp. Although it may not have advanced his career, the cult film endured enough to warrant a sequel, 1989’s The Return of Swamp Thing, along with a television show and an animated series. Regardless of Craven’s opinion, Scream Factory’s latest edition treats Swamp Thing with great reverence.