Older slasher fans will undoubtedly remember Fangoria’s sister magazine GOREZONE which ended its all to short run all the way back in 1994 and featured all things bloody and gooey. It offered fans a real behind the scenes look into how all the bloody magic was done and the truly awesome news is, it’s coming back!!

That’s right, GOREZONE will be returning to publication and will be bringing back all the columns and bloodshed that filled the pages. In the respect comes the news that none other than horror master Tom Savini will be taking over the reigns of what was probably the most popular column Make Up FX Lab which in the original run was authored by ohn Caglione and Doug Drexler. Now it will be Savini spilling the beans on how the magic is done, and not that computer generated shit, the real stuff. Just makes sense given the fact that Tom pretty much ruled the slasher genre back in the day and his Special Effects School in Pittsburgh is THE place to learn the craft. Fans will now be able to get a little taste of what his students experience on a daily basis and how can that be nothing but awesome.

The magazine will be out this fall but they are running a PRE-SALE special that is definately worth a look. Click here to check that shit out.

The first edition of the relaunch will be Issue 28, picking right up where things left off almost 20 years ago. Go get your subscriptions now!! 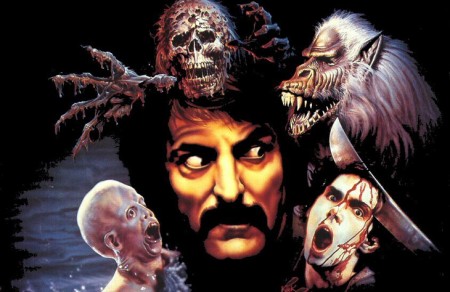